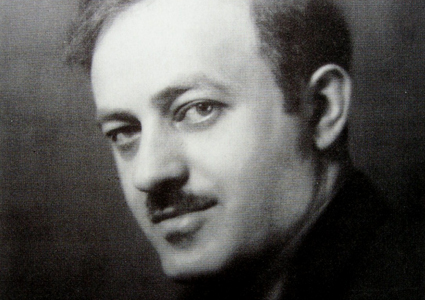 What is the link between the classic newspaper play and film The Front Page and Bibi Netanyahu? Well, the play’s colourful news boss Walter Burns and the Israeli prime minister both like a good cigar, a weakness which has helped to push Netanyahu to the brink of corruption charges. The other is Ben Hecht, who co-wrote The Front Page with Charles MacArthur, basing it on their days as reporters in Chicago.

Hecht’s connection to Netanyahu comes from his tireless campaigning during the Second World War on behalf of the Jews of Europe, whose slaughter by the Nazis he was among the first to denounce. In New York he came under the influence of Peter Bergson (real name Hillel Kook), who introduced himself to Hecht as the representative of something called the Jewish Army Committee, but who was in fact the secret emissary of the Irgun Tzvai Leumi: the hardline underground militia which, under the command of Menachem Begin, played a key role in driving the British out of Palestine and establishing the state of Israel. Hecht aligned himself wholeheartedly with the Irgun, bitterly opposing the more moderate Zionist movement headed by David Ben-Gurion which dominated Israeli politics for the first three decades of the country’s existence. Begin’s right-wing Likud party eventually replaced them as Israel’s demographic slowly changed and, now headed by Netanyahu, Likud still controls the ruling coalition. Indeed, it will only be his fondness for a cigar and the odd dubious deal, not the voters, that will overthrow Netanyahu, still by far the country’s dominant politician, any time soon.

In her lively and readable biography, the latest in Yale’s excellent Jewish Lives series, Adina Hoffman charts Hecht’s progress from America’s most successful screenwriter to Jewish activist, a journey that might have surprised those who knew him in his rambunctious younger days. He much later wrote, with a suitably melodramatic flourish, that in 1939, “I became a Jew and looked on the world with Jewish eyes.” Hoffman does an excellent job in demolishing this self-made myth, showing how Hecht was steeped in Jewish life from his childhood in the boom town of Racine, Wisconsin, on the shores of Lake Michigan, where his immigrant parents had made their erratic way from the Bronx. In the holidays, a horde of Jewish aunts, uncles and cousins would descend on Racine to fill young Bennie’s ears with their jokes and stories. Hecht in turn became an accomplished storyteller after decamping to Chicago at the age of 16 and finding work on the Chicago Daily Journal. He fell in love with the world of hard-living, fast-quipping newspapermen who provided the raw material for The Front Page, but Hecht had literary ambitions beyond the newsroom and the daily deadlines, plunging into Chicago’s bohemia to write short stories for literary magazines. He was prodigiously energetic and ambitious, and at only 25 was sent by his paper to Berlin, arriving just in time to witness the bloody street fighting between Spartacist revolutionaries and socialist government forces.

Back in Chicago, he plunged into furious literary activity, writing a daily newspaper column, short stories, novels and plays, launching his own magazine — he resembled Dickens in his frantic literary outpourings and social commentary — and leaving his impeccably Protestant first wife for a sparky Jewish girl, Rose Caylor, with whom he stayed for the rest of his life despite many infidelities. Hoffman identifies Rose as the key to Hecht’s revived and lasting interest in Jewish matters.

A prolific writer like Hecht was bound to end up in Hollywood. He was an instant success: his first screenplay, Underworld, dashed off in less than a week, was a sensation and won Hecht the first-ever Academy Award for original story in 1929. After that, he never stopped, churning out screenplays or rewrites, eventually establishing his own “script factory” where young writers would develop his ideas. At his height he was earning an amazing £125,000 for less than a month’s work, yet all the while affecting to despise the work. He described the role of producers as “turning good writers into movie hacks” and labelled films as “an eruption of trash that has lamed the American mind and retarded Americans from becoming a cultured people”. Binge box-set viewers, please note.

He had no reason, however, to view with regret his wartime work on behalf of the doomed Jews of Europe. As Hoffman writes, “Ben Hecht had at last found a cause worthy of his formidable fury.” He was one of the first public figures to grasp the full horror of the Holocaust, thereafter campaigning tirelessly for the United States to intervene. He lobbied, raised money, wrote speeches and scripts, and, most memorably, organised a celebrity-packed “mass memorial” show called We Will Never Die, which opened to a packed Madison Square Garden and then toured the country, while the American Jewish establishment, still terrified of upsetting anyone, did its best to block it.

After the war he campaigned just as vigorously for a Jewish state in Palestine, raising hundreds of thousands of dollars for the cause. One of the creaky old ships that took Jewish refugees to Palestine illegally in 1947 was renamed the Ben Hecht as it left French waters, a fitting tribute to an enigmatic genius.