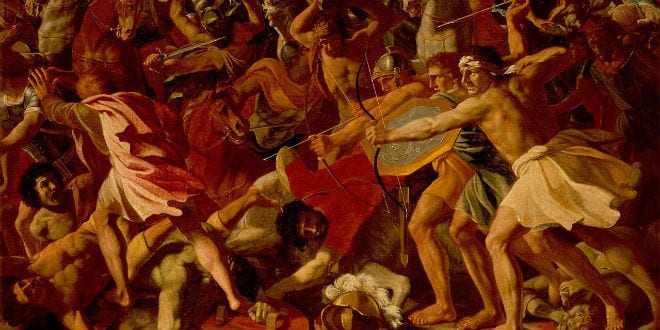 Every year on the Shabbat prior to Purim, Jews wherever they may live, gather together to remember how the ancient Amalekites treacherously attacked the weakest and most vulnerable Israelites as they journeyed towards the Promised Land.

Since that time the descendants of these hate-filled people have never ceased to plot mayhem, murder and destruction. Their primary target has always been and remains the Jews but it is important to realize that this fatal sickness now also targets any group. Thus Christians praying in Church, Jews worshipping in Synagogues and also Moslems gathering in Mosques are easy targets.

There is, of course, no excuse for this senseless mayhem now plaguing almost every country. Even nations which assumed they were immune from this violence must realize that hate fuelled murder knows no boundaries. The best reaction to this is not a collective beating of breasts and mass outbreaks of political correctness. Solidarity with the victims’ families must be accompanied by a steely resolve to prevent similar outrages in the future and to make sure that lessons are learned. In this respect, much more attention needs to be paid to the hate which is circulated on social media and which is not confined to any particular group.

As recipients of the oldest surviving virus of hate, Jews have unfortunately had the dubious distinction of accumulating more experience of this than any other ethnic or religious group. As I write these lines over one thousand mourners are attending the funeral in Israel of a Rabbi and father of twelve children who was gunned down by a hate-filled terrorist only because he was a Jew. As in past such incidents, and unfortunately, there have been far too many, it will turn out that the murderer’s motivation was nurtured, inculcated and encouraged by the brainwashing he received at home, at school, via his social media surfing and regrettably in the weekly sermons he listened to.

These are the core areas which need to be dealt with. Pretending that they do not exist or that they have nothing to do with murderous violence is not a recipe for tackling the problem.

There will be no international outrage over this murder or the numerous other Israeli victims of terror rockets and knifings because the world is immune to the slaughter of Jews and Israelis. That should not result in our callous silence when this happens elsewhere but it does highlight a glaring double standard.

A common theme associated with ancient and latter-day Amalekites is the need to find some sort of conspiracy theory as a justification for their actions.

The Israelites were targeted because they were on their way to the “Zionist” homeland. The old, infirm and non-fighting age individuals were attacked first because they were the most vulnerable. In the story of Purim, Haman’s reason for wanting to exterminate the Jews was classic stuff: “there is one people that is scattered and dispersed among all the provinces of your kingdom; their laws, their practices, their ways of life are different from every other people; they do not follow the king’s law; they disrupt the harmony of your kingdom and should be eliminated.” How many times in our long history have we heard this familiar refrain as a prelude to pogroms, inquisitions, massacres and genocide? We are too powerful, we control the professions and the media, we are part of a global banking conspiracy and, in other words, we are the source of all evil.

In case you still think that all this is a relic of the past and that we now live in enlightened times here are some sobering realities.

Purim is a time when children and adults don fancy dress and in many cases wear masks. However, it is also a Festival when we learn that circumstances do arise when those who wish us ill are unmasked. As an apt quote cleverly states: It is not the people who change – it’s the mask that falls off.

It is inabilities to recognize the difference between Mordechai and Haman and the refusal to discern between genuine and false friends which have been our downfall.

These days Amalekites have become far more sophisticated. In addition to physical violence they also now resort to more subtle means of delegitimisation. The almost weekly diplomatic attacks on the Jewish State at the UN and its associated bodies such as the UNHRC are a symptom of hate going unchecked. In fact it is promoted and fostered using much the same lies as employed by Haman in ancient Persia. Many who call themselves our friends are too often complicit by joining the regular lynch mob or taking the cowardly way out and abstaining from taking a moral stance.

Haman did not have the benefit of social media to spread his conspiracy lies, nevertheless he nearly succeeded in pulling off a genocidal plan throughout the Persian Empire. What should we therefore say to a video which claims that Jews are responsible for the horrendous Christchurch massacre? Will it be met by silence or denounced? Translated by MEMRI it vividly demonstrates that the Amalekites have not been defeated – they are still there promoting the same old canards and unless we seriously deal with them we will have no respite.