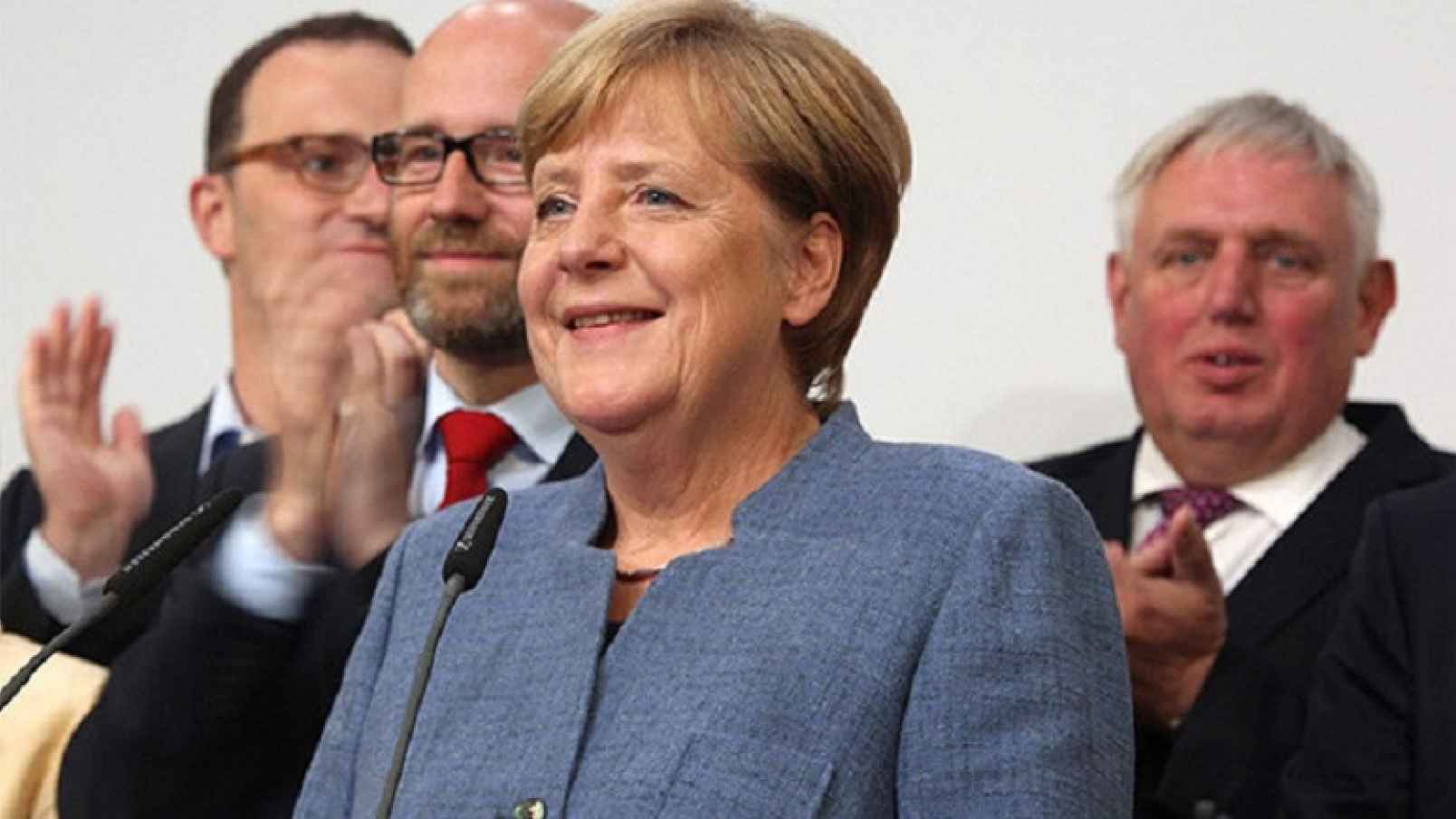 On May 2, 2019, Israel will observe Holocaust Remembrance Day. It would be a good time to re-examine the Jewish state’s relations with the Federal Republic of Germany, formerly Nazi Germany, a nation that perpetrated the greatest crime in history against Europe’s Jews, known as the Holocaust. Naturally, many Germans wish the memory of the Holocaust and its German perpetrators to go away and be forgotten. Young Germans do not wish to carry the burden of guilt for the most heinous crime in modern history.

Monetary reparation paid by the Germans to Holocaust survivors for the stolen properties of European Jews notwithstanding, reality today is that Berlin has not done more than lip service to “solidarity with Israel” and its claims of “Israel’s security being Germany’s raison d’état.” Germany has been a major contributor to anti-Israel resolutions at the UN General Assembly and other UN agencies. Germany moreover, has aided and abetted the genocidal Islamic Republic of Iran in evading U.S. sanctions.  Germany’s non-governmental agencies (NGO’s) supported by the German government fund various anti-Israel groups in the Palestinian Authority and in Israel itself.

According to the Gatestone Institute, Chancellor Angela Merkel has pressured other European Union states to refrain from moving their embassies from Tel Aviv to Israel’s capital – Jerusalem. Merkel not only rejected the Trump administration’s move to relocate the U.S. embassy from Tel Aviv to Jerusalem, she has authorized the allotment of $100 million to the Palestinian Authority’s allocated budget of $300 million, for payment to Palestinian terrorists to kill Jews.

As the Jerusalem Center for Public Affairs put it: “The Palestinian Authority’s (PA) legislation and allocation of monthly salaries and benefits rewarding imprisoned and released terrorists, and the families of “martyrs,” amount to $300 million annually. This financial reward clearly demonstrates the PA’s institutional commitment to sponsoring terror against Israel.”

The Jerusalem Post reported (September 6, 2016) that, “Germany’s Foreign Ministry told the head of the German-Israel parliamentary group that the PA likely uses funds (including German funds) to pay terrorists and their family members…The acknowledgment by the German government is believed to be the first Federal Republic’s statement that the PA aids terrorists and their families.”

Frank Muller-Rosentritt, a member of the German Bundestag (parliament) committee on foreign relations, representing the opposition Free Democratic Party (FDP) declared, “We must no longer let Israel down at the UN. It is madness that we are constantly on the side of countries like Iran, Saudi Arabia, or Yemen, against Israel.”

It is not only with UN resolutions that Germany sides with Israel’s enemies. Berlin funds anti-Israel Non-Governmental Agencies (NGO’s). The +972 Magazine of the Heinrich Boll foundation, a think-tank associated with the German Green Party, regularly accuses Israel of “Apartheid.” According to NGO-Monitor, the German government funding is one of the least transparent in Europe. Still, the German Ministry for Economic Cooperation and Development funds Al-Haq through its program, the Civil Peace Service. Al-Haq, a Palestinian NGO, is the leader in the anti-Israel BDS (Boycotts, Divestments, and Sanctions) movement. It engages in legal warfare against Israel. Israel’s Supreme Court identified Al-Haq’s Director General Shawan Jabarin to be a senior activist in the Popular Front for the Liberation of Palestine (PFLP) terrorist group. The PFLP was designated as a terrorist organization by the European Union (EU).

Germany has increased its funding of the United Nations Relief and Works Agency (UNRWA), which serves as an incubator for Palestinian terrorism. Moreover, Germany is undermining the Trump administration, which recently cut its support for UNRWA because it incites violence against Israel and harbors terrorists and their weapons. UNRWA is nurturing the notion of Palestinian “right of return,” which is incompatible with the idea of the Two-State solution that Germany allegedly supports.

The German police issued a report last August claiming that most of the anti-Semitic attacks in Germany were perpetrated by neo-Nazis. This report was undoubtedly directed by the German Federal government that seeks to hide the increasing jihadist terror attacks committed by many of the one million Muslim immigrants from the Middle East and Africa that Angela Merkel invited into Germany. This report was disputed by leaders of the German Jewish community who blamed the police for ignoring the vastly numerous anti-Semitic attacks by Muslims.

Another issue that reflects Germany’s hypocrisy is in dealing with Iran. Germany supports the Iranian regime in contravention with the U.S. efforts to isolate the murderous theocratic and oppressive regime.   A regime that vows repeatedly to destroy the Jewish state. Merkel supports the EU created “special purpose vehicle” mechanism to maintain its financial transactions with the Iranian regime, while deliberately undermining the U.S. imposed sanctions on Iran. Last September at the UN, Israel’s Prime Minister Netanyahu pointed out that, “Europe and others are appeasing Iran by trying to help it bypass those new (U.S.) sanctions. He had Germany on his mind.

Merkel has vowed time after time that “Israel’s security is not negotiable,” and yet, her government supports a regime that not only perpetrates terror worldwide, including Europe and Germany, but is also brutal toward its own people. Under the so-called “2015 nuclear deal or Joint Comprehensive Plan of Action (JCPOA)” Iran is continuing to develop its military nuclear program as well as long range ballistic missiles that threatens Europe, and naturally Israel. Greed, rather than concern for global security, not to mention Israel’s security, motivates the German government.

In the meantime, anti-Semitism in Germany is raging. The Catholic daily La Croix headline (February 18, 2019) read, “Alarming rise of anti-Semitism in Germany.” The sub-heading stated that the “Arrival of thousands of immigrants from the Middle East evoked fears of a new anti-Semitism.” The paper went on to report that “New figures confirm the increase of anti-Semitic acts in Germany… According to provisional statistics, German police recorded 1,646 instances of anti-Semitism last year; that is 10 percent more than the previous year. Acts of violence against Jews rose by around two-thirds, from 37 to 62, with 43 people being physically attacked.” The La Croix article also quoted the president of Germany’s Bundestag, Wolfgang Schäuble as saying that it is “Shameful, the fact that German Jews are considering emigrating because they do not feel safe in our country.”

In their efforts to assuage their guilt and shake off the “stain on humanity” Nazi Germany committed, some of the younger generation Germans employ these days a shameful moral-equivalency. They are comparing Nazi-Germany’s treatment of Jews with Israel’s treatment of Palestinians. Such a comparison is not only outrageous, it is immoral. Israel has never gassed or murdered innocent Palestinians, as the Nazis did with Jews. Israeli hospitals do not discriminate against Palestinian-Muslim patients, nor are Palestinians required to wear Yellow Star bands as the Germans forced Jews to do. Israel never had nor will have concentration camps, labor camps, and certainly not death camps as the Nazi Germans did.  Furthermore, Israel has been sensitive to Palestinian poverty, and seeks to elevate Palestinian quality of life. The Israeli government has pursued ways to provide employment for Palestinians. Unfortunately, Palestinian terrorism has undermined this effort to a large extent. It has required Israel to use check-points and a separation wall to save lives. This sort of German moral-equivalency is an insult to Jewish Holocaust survivors in Israel, and to the truth.

On the upcoming Holocaust Remembrance Day, Israelis might want to consider whether today’s Germany is a friend or foe. One thing is clear, it is time to unmask Germany’s hypocrisy vis-à-vis Israel.