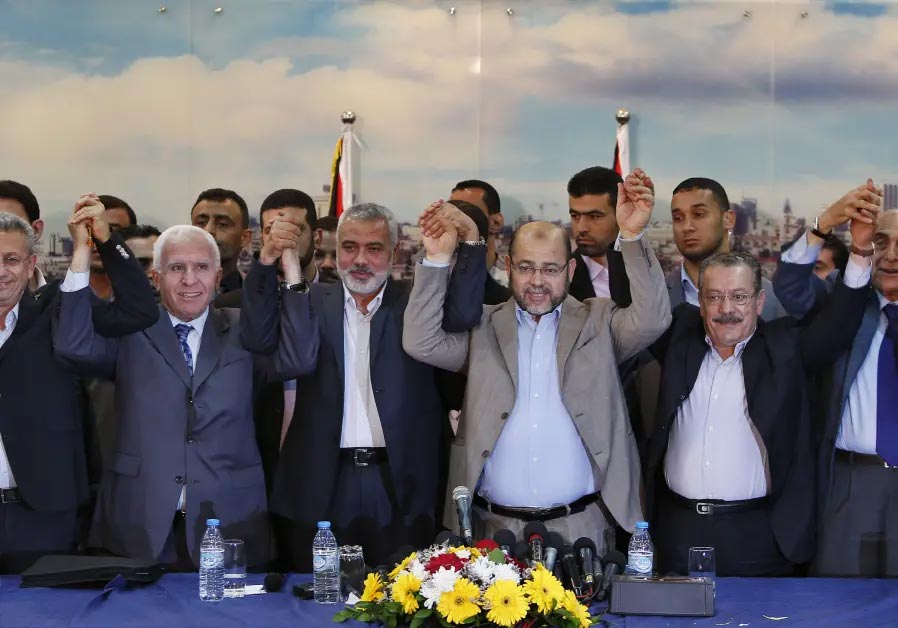 Much has been said about the sums that the Palestinian Authority spends on salaries of terrorists imprisoned in Israel and the families of “martyrs” – in other words, suicide-terrorists and those killed during their murderous operation. But when you talk to Palestinians about the misappropriation of funds allocated by the international community, the first term they use is “corruption.”

Indeed, a study by AMAN – a chapter of Transparency International co-founded by Jordan – shows that, according to several surveys of the Palestinian population, the corruption of their leaders is the second most popular cause of their misery. According to the same surveys, the first cause would be the inability of these same leaders to create a strong economy. The Israeli occupation comes in third place.

The equation between PA President Mahmoud Abbas and his entourage on the one hand, and Hamas leaders on the other, is easy to understand. For decades, to divert the attention of the media, the international community and their people, all they had to do was accuse Israel of all their ills.

This is an exercise that has also been carried out by many Arab-Muslim countries. Whatever the excesses of the dictatorships in place, it has long been enough to accuse Israel – and sometimes the West – to keep their populations calm, while diverting and reaping billions of dollars that could have improved their living conditions or infrastructure.

But times are changing, global information is now easily accessible and people are no longer fooled.

This is what emerges from the short documentary we made that involved two film crews: one in Gaza and the other in Judea-Samaria.

Overwhelmed by their situation and on the verge of despair, many Palestinians no longer hesitate to blame their leaders for their miserable living conditions. In Gaza, the money diverted from international aid and resulting from various rackets is not only used to make the rockets that regularly rain down on Israel and the tunnels of attack.

Luxury villas and 5-stars hotels flourish by the sea, dealerships offer the latest Mercedes and BMW models, and if the population continues to suffer, it is much more the result of the perpetual embezzlement by a minority protected by the leaders, than by the security blockhouse set up by Israel and Egypt.

As one Palestinian interviewed said: “It is good to live in Gaza, but only for a small minority.” Another complains that hospitals and clinics never have drugs available. “They tell you to come back at the beginning of the month. You return on the second day of the month and there’s already nothing left. All the drugs have disappeared in 24 hours?

IN RAMALLAH and Hebron, other interviewees noted that they often hear about international aid through the media and on the Internet, but that they themselves never benefit from it. The infrastructure, they say, is deplorable and no effort is ever made to fix it. But the palaces that appear in the documentary are spectacular and would make Hollywood stars dream.

The Palestinian Authority complains that it does not have sufficient funds. But that didn’t stop Abbas from having a house built for $32 million and buying a private jet that would have cost nearly $50 million. At the same time, the salaries of 190 employees of a fictitious airline “Palestine Airlines” were included in the Palestinian Authority’s budget until 2017.

Among the Palestinians interviewed, the most outspoken is certainly Ashraf Jabari, a businessman who recently founded the Reform and Development Party, a political organization focused on the economic situation in the West Bank. He accuses not only Abbas and his sons of getting rich on the backs of the population, but also AMAN for acting as a smokescreen to satisfy the European Union.

He alerts the international community to the intolerable corruption at all levels of the Palestinian leadership and proposes that the EU should request an audit of the funds that have been allocated to the Palestinian Authority since 1994. “Everyone knows,” he says, “but nobody does anything.”

If for decades the Palestinian leaders have been able to exploit the misery of their people to enrich their families and loved ones – and to perpetuate a conflict that suits their interests – it seems that the Palestinian on the street is no longer fooled. Some have even noticed that life in the territories is ten times more expensive since Israel is no longer in charge.

These people do not want a country where corruption is the rule. Nationalism, they say, does not nourish their children.

The author has just completed a short documentary about the corruption of Palestinian leaders. It features never before seen images of luxury in Gaza and the West Bank, and exclusive interviews with Palestinians – among them Ashraf Jabari, who recently made headlines for founding a new political party challenging PA President Abbas.