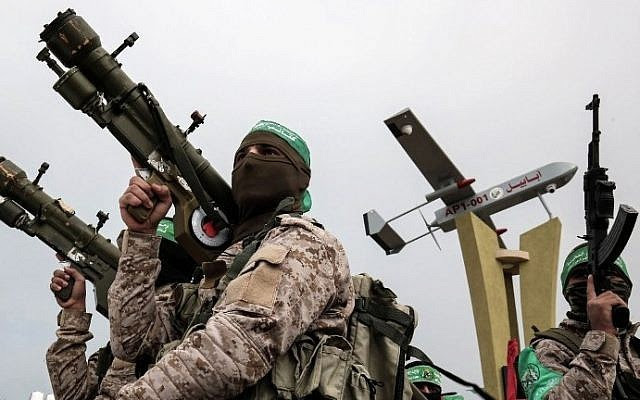 Senior Hamas and Palestinian Islamic Jihad (PIJ) figures summed up with satisfaction the eighth round of escalation (which lasted for two days, May 4-5). They said the terrorist organizations had proved their military capabilities and coordinated the attacks at a very high level. They also threatened that if Israel did not meet its commitments or used live ammunition against the return march participants, it would be considered as having violated the understandings reached at the end of the most recent round of escalation.

In the meantime, measures are being taken to strengthen the lull reached at the end of the escalation: the fishing zone was increased to 12 nautical miles; the Erez and Kerem Shalom Crossings were opened; Qatari ambassador al-Emadi arrived in the Gaza Strip with currency to buy diesel fuel for the Gaza Strip power plant and to distribute to needy families; Nikolay Mladenov, the UN special envoy also arrived in the Gaza Strip, bringing with him long-term plans for improving the economic situation in the Gaza Strip.

However, despite measures taken to strengthen the lull, the situation in the Gaza Strip is unstable and the ceasefire is fragile. The first test case will be the mass event planned for Nakba Day (May 15, close in time to the events of the international Eurovision song contest in Israel). Following the threats issued against Israel, the question is whether during the Nakba Day events Hamas will make a serious effort to restrain violent activities and prevent PIJ provocations.