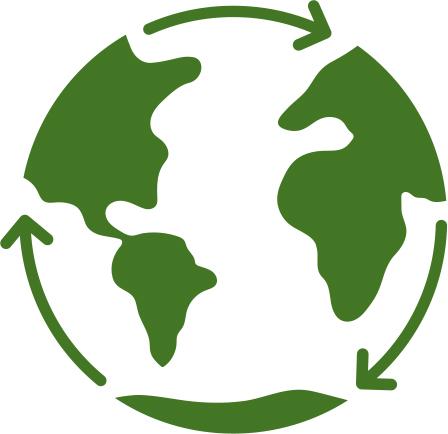 History repeats itself in almost every generation. The same endless assertions and accusations are rerun and recycled by politicians and media alike.

One would have thought by now that the majority of Jews as a result of being continually targeted might have wised up. Many, particularly in Israel, have taken on board the lessons of the past, but still far too many, especially in the lands of dispersion, cling to a forlorn hope that there is a Garden of Eden at the end of a hate strewn road.

Surveying recent developments one has to wonder at the sheer magnitude of the problem evident everywhere and query when lessons will be learnt.

In no particular order, I highlight some of the more glaring examples and leave you to arrive at logical conclusions.

Once again it is becoming extremely dangerous for Jews in many places. Europe is busy reclaiming its front line position as a vanguard of endemic and virulent Jew hatred. Germany, to which large numbers of Israeli and other country millennials have flocked now find to their surprise that Judeophobia has arisen from the sewers of the recent past. All those who eagerly looked forward to a dream life of local culinary delights, bigger salaries and Germanic “culture” now find themselves targeted. In the paradise of the new Fatherland, they are now warned not to dress as identifiable Jews, admonished to hide their kippot and not to speak loudly in Ivrit in public.

In France meanwhile, Jewish cemeteries are desecrated but the police deny that hatred of Jews is involved. We are supposed to believe that it’s all the work of drunken students or mentally deranged individuals. Assaults against Jews are a common occurrence, Jewish schools and buildings are now military fortresses and life is becoming fraught with daily danger. The rest of Europe, inside and outside of the EU, is reverting to modes of yesteryear. The UK meanwhile has witnessed an upsurge in anti-Jewish and Israel hate on university campuses, in the media, on the street and in particular emanating from the Labour Party whose leader stands poised to enter 10 Downing Street in the near future.

Venezuela’s remaining Jews are living on borrowed time and even the allure of the “goldene medina” (the USA) is looking rather less glittering these days as mass shootings, muggings and political uncertainty cast a pall over the future. According to the ADL, hate crimes and assaults on US Jews have reached “a near-historic high.” In neighbouring Canada, incidents against Jews have reached a record high for the third straight year in a row.

One would have imagined that this dismal scene might have unleashed an upsurge in aliyah or at least serious planning to do so. In fact, the opposite seems to have occurred. Aliyah from the UK has actually dropped. After an initial spurt, most French Jews are staying put and despite clear indications of worrying trends in the Democratic Party, at least 75% of US Jews remain staunch supporters of a party slowly being taken over by “socialist progressives” and whose agenda is clearly anything but Israel friendly. Unfortunately neither most of the French nor the US communal leadership and their constituents have yet learnt the lessons of the recent past. The former prefer to pretend that French history cannot repeat itself while the latter’s response to galloping assimilation is to fantasize that tolerance will follow when “Tikun Olam” becomes the new religion.

There can be no starker example of ultimate communal blindness and an echo from the tragic past than this response by a Venezuelan Jewish representative: “this is our home and we refuse to be chased out of it. We love Israel but this is our home and one day it will make all of this worth our while, all the waiting and all the pain will be worth it when we are free..”

Sound familiar? How many more times must we repeat the same recycled mistakes?

Politicians and aspiring political candidates are also perfect examples of endless reruns. Continually promoting policies which have clearly failed in the past is a classic attribute of those who claim to have our best interests at heart.

Thus there are still those who routinely mouth the “two states for two people” mantra without realizing that the real agenda of Fatah, Hamas, Hezbollah and their patrons, Iran and the Palestinian Arab Authority, is the dismantlement of the Jewish State. Nothing it seems, neither daily media pronouncements nor indoctrination of children via textbooks delegitimizing Jews and Judaism, makes the slightest impression on advocates of suicidal policies.

Take a look at this latest example just released courtesy of PMW. It proves once again beyond a shadow of a doubt that the prospect of a peace-loving Arab State being established in the heart of Judea & Samaria is nothing but a shameless sham. Nevertheless, this work of fiction continues to be swallowed from Wellington to Washington.

When Israeli Jews reject the offer to commit national destruction they are branded racist and irredeemable, beyond the pale of normal civilized norms. The next logical blast from the past is to blame Israel for a lack of peace, terror and general malaise in the world. These accusations are only the latest and most modern manifestation of the aage-old libels of well-poisoning, facilitators of the plague and the source of all evil.

Bernie Sanders recently described Israel as being run by a right wing racist Government. He is representative of those on the extreme progressive left for whom a proud Jewish national home is anathema. They would rather Jews reverted to their historic role of passive, silent and defenseless “sacrifices for peace.”

Another US candidate for the Democratic Party nomination declared his “love” for Israel but then in the next breath described us as wayward children because as he put it “we need to be guided.”

Jeremy Corbyn sent a message of encouragement to those mourning the re-establishment of Israel on Nakba Day. Hamas promptly thanked him for his show of solidarity.

Not to be outdone the WHO passed a resolution condemning Israel for “a serious health crisis in the “Palestinian territories.” Shamefully New Zealand voted with 95 other morally bankrupt nations in favour of this travesty of a lie. Another example of medieval conspiracies being recycled again.

Last but by no means least, Abbas, the President for life, has told Trump and the Americans that they and their “deal of the century” can go to hell. This is one of the longest running repeats of all time stretching all the way back to the post Ottoman era. The Arabs who since 1967 have misappropriated the nationality “Palestinian” rejected any and every opportunity to accept Jewish sovereignty of any description. If any group is more qualified to live in a self inflicted hell it’s them.

We have seen, heard and witnessed all these reruns and repeats endlessly throughout our long history. It’s about time that we learn the obvious lessons.

p.s. As I write, Israel heads for yet another election. This could very well turn out to be the biggest flop in recent reruns. It’s time to permanently recycle certain politicians out of the Knesset and retire them before they inflict more damage on our economy and country.