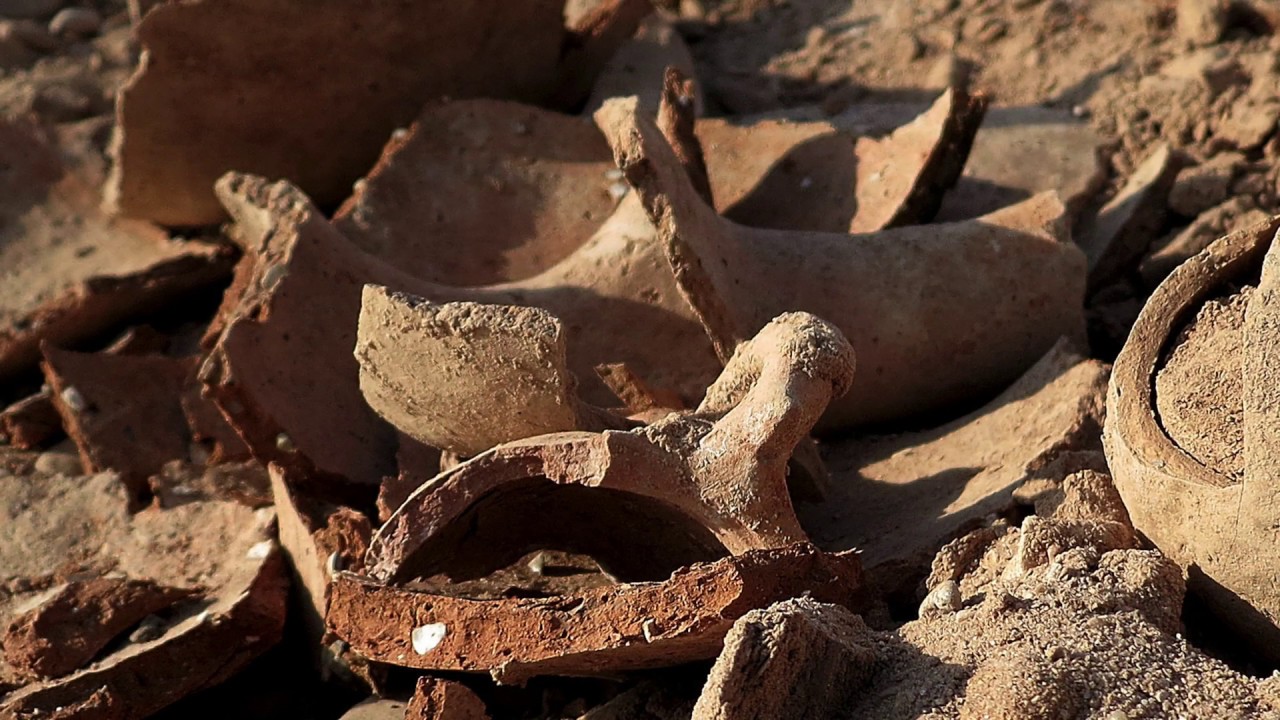 Definition of archaeology: “the study of human history and prehistory through the excavations of sites and the analysis of artifacts and other physical remains.”

For quite some time now the historical revisionists of this world have tried to rewrite the history books by proving that neither the Jews nor the Israelites were ever present in Israel, Judea or Samaria. This campaign to delegitimize our claim to these territories has in recent years also included the denial of a Jewish presence in Jerusalem and of course the ludicrous claim that the Temples never existed on Har Habayit – the Temple Mount.

At first, these derisory attempts to falsify facts on the ground were brushed off as the rabid ranting of uneducated buffoons. However, once much of the media and many politicians became hooked on these lies the floodgates were opened. As soon as these deniers saw that their lies had gained international traction and that even the United Nations itself, thanks to New Zealand co-sponsoring Resolution 2334, had jumped on the bandwagon there was no stopping the avalanche. Moslem clerics and lay leaders rallied to the cause regurgitating baseless accusations which the Nazi supporting Mufti of Jerusalem had used most effectively in the 1920s to incite the masses and foment pogroms.

Today’s recycled revisionists are led by the Ramallah based Palestinian Arab kleptocracy with vocal support from the Hashemites in Jordan and other sundry spokespersons in the Islamic world.

What agitates and aggravates these vocal “experts” in particular is the spectacle of Israeli and foreign archeologists and researchers uncovering incontrovertible evidence that in fact (surprise, surprise) Jews were actually present well before Islam was ever thought of.

Nelson Glueck who died in 1971 was an American Reform Rabbi as well as an academic and expert archeologist. His pioneering work in Biblical archeology resulted in the discovery of 1,500 ancient sites. He wrote: “It may be stated categorically that no archeological discovery has ever controverted a Biblical reference. Scores of archeological findings have been made which confirm in clear outline or exact detail historical statements in the Bible.”

At the time this was written the Palestinians had not yet been invented and the campaign to write Jews out of the scene had not swung into high gear. Since then further astounding discoveries have been made all of them confirming the veracity of Nelson Glueck’s original assertions. The number and quality of recent finds since 1967 in Jerusalem as well as at sites throughout Israel has been a bonus for researchers. Needless to say, as each new discovery is announced the denunciations, denials and delegitimizations have reached fever pitch. The reasons for this are quite simple, namely that with each and every proof unearthed the false narratives peddled by our (non) “peace” partners are demolished and exposed for the fraudulent lies that they are.

To give you a taste of the sort of nonsense being propagated here are a few examples.

The latest outbursts, however, have shattered all previous records for imbecility and wild conspiracy theories.

Beneath the streets of eastern Jerusalem, archeologists have uncovered the street which pilgrims walked on their way to the Temple. In the process, they have also found a multitude of artifacts dating back to the Temple period. This is one of the most significant discoveries in recent times and with further excavations ahead the likelihood of discovering more amazing evidence is very high.

This video explains what is taking place, what has been discovered and the extraordinary steps being taken to preserve and identify items as well as ensuring the safety of structures beneath and above the tunnel.


Having watched this see what you make of this “volcanic eruption” by a senior PA official and so-called “peace negotiator.”

A senior Palestinian official condemned the participation of US envoys in the unveiling of an archaeological site in East Jerusalem and scoffed at the “fake” account of Jewish history attributed to the subterranean road. Saeb Erekat said he believed the tunnel was a project being used by Israeli right-wingers to further Israel’s claim on East Jerusalem and advance settlement growth there.

“It has nothing to do with religion, it is fake,” he told journalists at his office in Ramallah in the West Bank.

It’s a settlement project. It’s based on a lie that has nothing to do with history.

Not to be outdone, Peace Now which is partially funded by the New Israel Fund, and Ha’aretz newspaper, joined in condemning this project as though proving an original Jewish presence in Jerusalem was some sort of international crime. Another champion of denying Jewish historical rights and responsible for ethnic cleansing and the destruction of Jewish cemeteries and Synagogues is Jordan which thundered..“Israeli efforts to Judaize the Holy City… risk further inflaming tension.”

Did you notice any Palestinian Arab homes being undermined in the video? A classic case of distorted, malicious disinformation contained in one headline.

It is no wonder therefore that a majority of Jewish Israelis have come to the conclusion that it is a waste of time trying to talk “tachlis” with those who deny and distort our history.

It is far better for us to keep digging and uncover more irrefutable evidence of our connection to this Land and to let the post-Zionists and delusionary deniers make more fools of themselves.

Yom Kippur in Israel Was FANTASTIC Outside – page in the Bible

Caroline B. Glick - October 1, 2020
Earlier this month, the Harvard's Kennedy School of Government announced that PLO Executive Committee Chairman Saeb Erekat has been hired as a senior fellow...