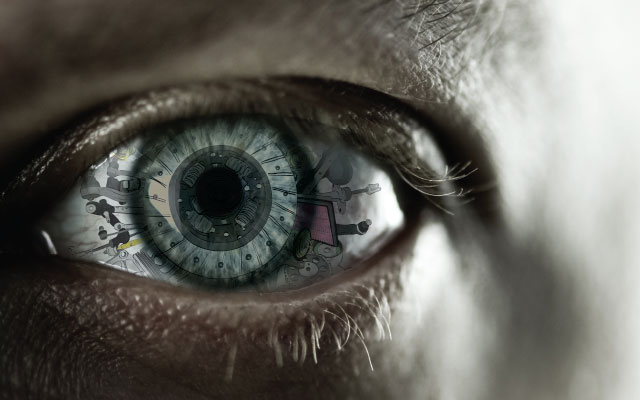 This very apt quote succinctly sums up the current international situation as well as focusing our memories on past disastrous events when weak-kneed appeasement masquerading under the false banner of diplomacy enabled and empowered tyrants to bully their way to genocidal catastrophe.

Unfortunately, it is evident that the lessons of the past have still not been learnt by the very same nations which lamentably failed to respond to Nazi Germany in time and in most cases threw their Jewish citizens to the wolves. Today’s culprits are those countries which having appeased the insatiable appetite of Iranian nuclear ambitions and its desire to eliminate Israel now find that the bully has turned on them. Whether it is piracy in the Persian Gulf, persecution of religious minorities or sponsoring terror worldwide the increasingly noxious byproducts of refusing to stand up to these policies are now unmistakable.

Not so long ago Jews found their pleas for help ignored. Hardly any country in the world was willing to save those fleeing persecution. Warnings of impending doom for Europe’s Jews issued by communal leaders were ridiculed as alarmist and exaggerated by politicians and media alike who instead preferred to fantasize that reasonable and rational dialogue would convert Jew-hating regimes to peace-loving doves.

We now know how fatally wrong these diplomats, political pundits and so-called experts were. Are we prepared to stand aside once again while the same sorry lot repeats the same mistakes? Listening to current international reactions to the Jewish State’s warnings of Iranian genocidal ambitions and witnessing the pathetic thrashing of diplomatic cowardice and moral bankruptcy one can only conclude that we “have been there and done that.”

Yazidis have been massacred by Iranian proxies in Syria, Baha’i’s are persecuted in Iran, Christians are decimated in Islamic/Arab countries, gay people are targeted for death in Moslem nations and of course, Jews are threatened with murder by Iran and its agents in various countries. One would have thought that these events by themselves might have galvanized the corrupt United Nations and its agencies to rise up in righteous indignation and moral outrage and impose punitive sanctions on the Iranian mullah regime as well as others implementing such policies. Instead of action, either muted wrist-slapping or total indifference has prevailed in the corridors of international organizations and parliaments of so-called liberal democracies.

There has been however action of another sort. Without fail and as regular as a Swiss cuckoo clock or German train, Israel is singled out from amongst all the nations of the world for non-stop condemnation, censure and boycott. Once, international Jewry was selected for special attention as it was accused of plotting to take over the world and corrupt all nations. Today, it is the re-established Jewish State which is accused of being a threat to world peace and having the chutzpah of “Judaizing” Jerusalem and settling Jews in Judea. The lack of outrage at this blatant farcical situation merely attests to the prevailing hypocrisy now gripping those involved.

Look at the situation concerning the imposition of sanctions against Iran and the reaction to Iran’s decision to hijack oil tankers in the Gulf. If ever there was a lesson to be learnt about blinking in the face of bully threats and behaviour these latest events are perfect examples.

While the US Administration sanctions against Iran for cheating on its nuclear and missile obligations are biting and certainly having an effect those who should be supporting these punitive measures are doing everything in their power to undermine them. Born again socialists in the Democratic Party including Congress and Senate members and aspiring Presidential candidates are all lining up to undermine Trump’s efforts to halt the Iranian march to weapons of mass destruction and the means to use them against Israel and others. At the same time, the EU following in the well-trodden path of appeasement employs every trick to thwart and subvert the sanctions. Whether it is via banking subterfuges or turning a blind eye to trade sanction violations the end result has the same aim. Apart from Europe, there are also some countries engaged in illicit imports of Iranian oil. All these sanction-busting efforts have common objectives which in essence are the enabling of the Iranian regime to continue preparing for its genocidal plans against Israel, the undermining of certain Arab States and the furtherance of terror activities worldwide.

When challenged, all those appeasers will claim innocence and tout the virtues of dialogue and diplomacy. Obviously, every one of them has conveniently and deliberately forgotten that regimes such as Iran are duplicitous and impervious to such negotiations.

The Iranian decision to hijack foreign tankers navigating international waters in the Persian Gulf is yet another blatant example of how weak responses to state terror will always encourage and foster further outrages. If the UK was really serious about safeguarding its shipping it would make sure that more than one warship was on hand. Instead of being 60 kms away from the action it would be on hand to defend its vessels. Sky News played a recording of the ship’s captain pleading with Iranian naval units not to stop and board his vessel as this would be an act against international law. Asking a bully to see reason and behave like British gentlemen is as effective as Chamberlain asking Hitler to refrain from further territorial ambitions. So far the British response has all the hallmarks of a wet rag and no doubt the Iranians are certainly not quaking in their boots.

When asked what the Americans will do the response was that “it’s up to the British to safeguard their own tankers.” So much for some robust US responses. It seems that having already blinked on a previous occasion when an American drone was downed and facing isolationist domestic opposition the expected robust response has become a muted whimper.

The Europeans meanwhile have reverted to their usual “fearless” defence of democracy and human rights. In other words, they are scrambling to distance themselves from any meaningful action and are instead desperately searching for the best way to appease Iranian ambitions. In certain quarters Israel is again blamed for advocating a robust response and this, therefore, echoes claims of Jewish influence and malevolence from not such a bygone era.

The Mullahs of Tehran and their terrorist enablers can hardly believe their good fortune as they watch the international community display such lack of backbone and will to confront evil.

It could be that by some miraculous burst of fortitude decisive steps will be taken to thwart the inevitable march to disaster.

So far, unfortunately, there are no signs of this occurring.

Once upon a time Jews bowed their heads and prepared for the inevitable pogrom. Those days are gone and if push comes to shove we will know what to do.