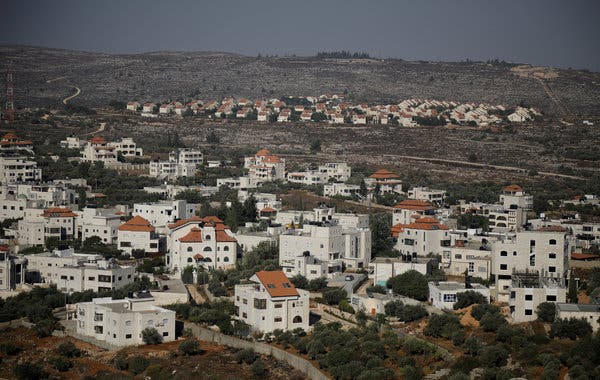 With COVID 19 resurgence, continuing international hypocrisy, sovereignty hyperventilation, mysterious Iranian explosions and PC thought police in some countries running rampant, there is plenty to comment about.

Just when one thinks that things cannot become more chaotic and insane this illusion is shattered. As it states in the Book of Kohellet (Ecclesiastes) “there is nothing new under the sun,” but despite this evident truth, the past week’s shenanigans still manage to amaze us.

Having successfully subdued the virus Israelis were chomping at the bit to relax and get rid of the restrictions which had been imposed. Unemployment and economic distress are powerful factors in getting back to pre virus freedoms. However, it seems that public pressure might very well have impelled the Government to reopen schools, yeshivot, gyms, restaurants, clubs and places of worship far too soon. Human nature being what it is, the expectation that mask-wearing and social distancing would be strictly adhered to was totally misplaced. As a result, the virus instead of going has returned with a vengeance and we are faced once again with lockdowns. Dysfunctional leadership and political machinations do not help. As usual, our political ego trippers prefer to deflect blame, something which will come back to haunt them in the near future.

GOING FROM ONE DOUBLE STANDARD TO ANOTHER:

The pandemic has exposed the virulent nature of Jew and Israel hatred which has now mutated into a potent brew in many countries on all continents. It has spawned a poisonous torrent of conspiracy theories and cartoons in various media sources. At the same time, it has enabled the practitioners of hypocrisy to blow their collective trumpets and collectively admonish Israel for every type of original sin. It has also united veteran left-wing extremists, professional rent-a-crowd, hitherto invisible members of the Tribe and every disaffected person with a grudge, to protest, defame and demonize the Jewish State. As Lebanon implodes and Hezbollah takes over, Libya and Yemen disintegrate into civil wars, Turkey meddles and dreams of Ottoman glories again and Hong Kong sinks forever into the Big Brother clutches of Communist China, the focus bizarrely remains on Israel. In this lunatic environment, therefore, it is no surprise to discover that the UN Human Rights Council which condemns Israel every Monday and Thursday this last week passed a resolution supporting China’s crackdown of human rights. Fifty-three countries representing some of the worst human rights abusers voted in favour while a lonely twenty-seven refused to sanction this farce. UNESCO continued with its obsession in denying the Jewish connection to Israel by passing a resolution stating that the Tomb of the Patriarchs and Matriarchs in Hebron and Rachel’s Tomb on the road to Efrata are “integral parts of Palestine.” It is worth noting that these holy sites were referred to only by Islamic names thus erasing their Jewish origin.

The frenetic reactions to Israel’s legal quest for sovereignty in Judea and Samaria continue unabated. It has at long last exposed the biggest dirty secret hitherto successfully ignored by all and sundry. The misnamed “moderate” PA has officially joined the internationally designated terror rulers of Gaza, Hamas, in threatening terror and murder against Israelis. They have been cheered on by the coalition of Arab parties represented in the Knesset which makes one wonder what they are doing there. Obviously, with no other challenges to worry about, Boris Johnson announced that “Britain will not recognize unilateral changes to Israel’s borders.” One of these days the Foreign Office might wake up to the fact that the Mandate is finished and most Israelis couldn’t care less what the creators of the Arab Palestinian State called Jordan actually think. In the same vein The Vatican, not to be outdone, summoned the Israeli and American Ambassadors for a dressing down. It is ironic that while Christians in Arab and Moslem countries face terrible persecution the only subject which can get the Pope’s canonicals in a knot is the prospect of Jews reclaiming parts of their ancient heritage.

Hitting the headlines has been the ongoing series of mystery explosions rocking various sites in Iran. So far there have been six such pyrotechnic events and we wait with bated breath for more. Needless to say, there have been no satisfactory or believable explanations from Iranian authorities. In the absence of plausible causes naturally, the first option is to blame the evil Zionists. Whether Israel has anything to do with it or not remains to be seen. If the explosions were as a result of negligence and failing infrastructure it is an indication of serious problems. It proves that the American led sanctions regime is working and exposes the hypocrisy of the UK and the Europeans as well as those US Democrats who want to resume business as usual while Iran works feverishly towards the bomb and the missiles to deliver it. On the other hand, if it is the work of Israel then the Iranian mullahs should be assured that more surprises will be on the way. Appeasement may be alive and well in the corridors of the UN but it certainly is not on the agenda of most sane Israelis.

Out the window and gone seemingly forever in certain countries is common sense and intelligent discourse. Toppling of statues, defacing of property and the rise of legions of thought police are now the order of the day. Food products which have been with us for generations are now deemed racist because the politically insane have proclaimed a ban. Uncle Ben’s rice and Quaker oats have become victims of this Orwellian anarchist assault rampaging through the ranks of the lunatic mind controllers. As children, we enjoyed a chocolate-covered ice cream called Eskimo Pies. Apparently these are now branded as forbidden food. The most shocking aspect of all this lunacy is the craven caving in to mob madness by the manufacturers of the products concerned and the absence of any sort of protest by sane sectors of the consuming public.

I have compiled a very short BLACKLIST (oops) of problematic words which the thought police will soon forbid to be printed and spoken on penalty of ex-communication and imprisonment. Given the speed with which this is developing (thankfully not in Israel) this could well be your last opportunity to articulate the “problematic” expressions concerned.

The possibilities are endless but the bottom line is that unless the sane majority asserts some reality to the circus now prevailing we will end up with mind control on a grand scale.

Jews should know exactly where that leads.