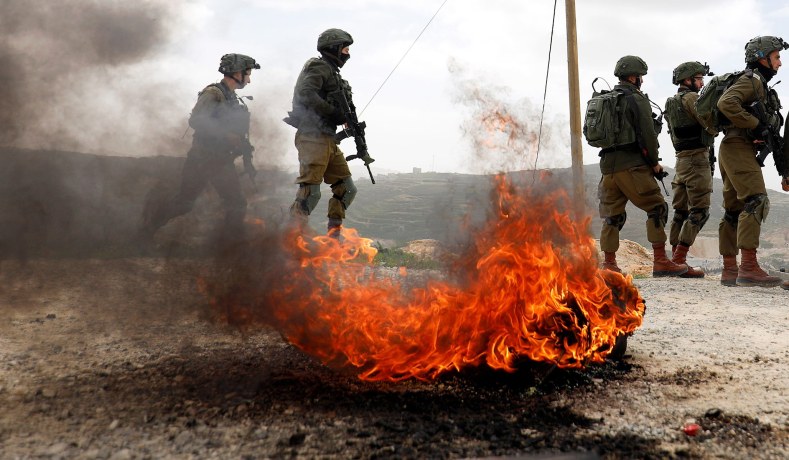 As a result of the Trump Middle East peace plan, Israelis and their foreign friends and enemies are now heatedly debating the future of the West Bank. In announcing his “vision” of peace in January, President Trump ignited these arguments by saying, “The United States will recognize Israeli sovereignty over the territory that my vision provides to be part of the State of Israel. Very important.” Why was this important?

The statement spurred Israeli officials to consider whether and when to extend Israeli sovereignty to parts of the West Bank. Israelis are divided on whether to make the extension now, though support for permanently retaining the Jordan Valley and the main settlement blocs is strong from right to left. Proponents of immediate extension say it would acknowledge reality and adjust Palestinian expectations, which could improve chances for diplomatic progress in the future. Those proponents argue strongly that extension would be consistent with international law, but opponents say otherwise.

Even some conservatives who support permanent Israeli control for security reasons have argued that extending sovereignty immediately would damage Israel’s political and diplomatic interests, outweighing any benefits. In any event, the question remains: Why did the Trump team stir up this controversy?

The answer emerges from a half century’s exasperating history of diplomacy undone by Palestinian rejectionism and terrorism. Decades of peace-processing have been premised on the assumption that Palestinian leaders are ready in principle to end the conflict and live with Israel. Accordingly, U.S. officials have said the West Bank’s legal status should not be changed until the parties make peace. But the diplomatic record belies the key assumption. Palestinian leaders have never actually been willing to renounce, once and for all, their claims over any of the territory from the Jordan River to the Mediterranean Sea.

President Bill Clinton learned this during his intense diplomacy at the end of his second term, when Palestinian leader Yasser Arafat rejected a phenomenally forthcoming peace offer from Israeli prime minister Ehud Barak, and then even more generous “parameters” presented by Clinton. Clinton’s negotiator said, “We could not do better.” But Arafat refused to make peace and instead launched a multi-year campaign of terrorism that killed over a thousand Israelis.

President George W. Bush learned the same lesson. He wooed Arafat by giving official U.S. endorsement, for the first time, to a Palestinian state, but Arafat rebuffed his overture and, in violation of formal promises, bought a huge arsenal of Iranian weapons and then lied about it. Years later, as related by Condoleezza Rice (Bush’s second-term secretary of state), Arafat’s successor, Mahmoud Abbas, scorned a “remarkable” peace offer from Israeli prime minister Ehud Olmert.

The Trump plan offers the Palestinian side an astounding $50 billion inducement for peace and encourages broader conciliation between Israel and the Arab states. What is innovative, however, is that it favors imposing consequences if the Palestinians unreasonably perpetuate the conflict. If they continue to support terrorism and reject peace, their cause will suffer.

For decades, while making war and refusing peace offers that were seen as reasonable by top U.S. officials, Palestinian leaders demanded that the legal status quo in the territories be frozen pending a peace deal. Democratic and Republican administrations backed that demand. But no longer. The Palestinians are now being told that, if they remain violent and uncompromising, the United States will not block Israel from advancing its own claims to areas that, in the administration’s view, realistic peace talks would leave to Israel.

Those areas, according to the plan’s map, include the major settlement blocs and the militarily critical Jordan Valley. No prior administration has ever defined the territory that Israel could hold permanently with U.S. support, with or without a peace agreement.

The plan effectively tells the Palestinians that the sensible question is not whether a deal provides everything they think they are entitled to, but whether it is the best deal available — now and in the foreseeable future. Obviously, the United States cannot force Palestinian leaders to accept a peace that they consider unjust, but if their demands for “justice” include the destruction of Israel, the administration says the United States will not support them and will not fight to preserve the status quo for their benefit.

On the issue of extending sovereignty, Israeli officials may wait or take only a small step, less than Trump’s plan would endorse. Whatever they decide, the plan’s goal is to change the diplomatic circumstances that have perversely incentivized the Palestinian side to keep the conflict going. Rejectionism, the plan says, will be costly. The administration is saying it makes no sense for Palestinian leaders to support terrorism and reject reasonable offers of peace while expecting U.S. officials to insist that Israel maintain the West Bank’s legal status quo. It has a point.

Lewis Libby is the senior vice president, and Douglas J. Feith is a senior fellow, of Hudson Institute. During the first five years of the George W. Bush administration, they served as the principal national-security advisers to Vice President Dick Cheney and Secretary of Defense Donald Rumsfeld, respectively. This article is adapted from a historical analysis of the Trump peace plan recently published by the Begin-Sadat Center of Israel’s Bar-Ilan University.