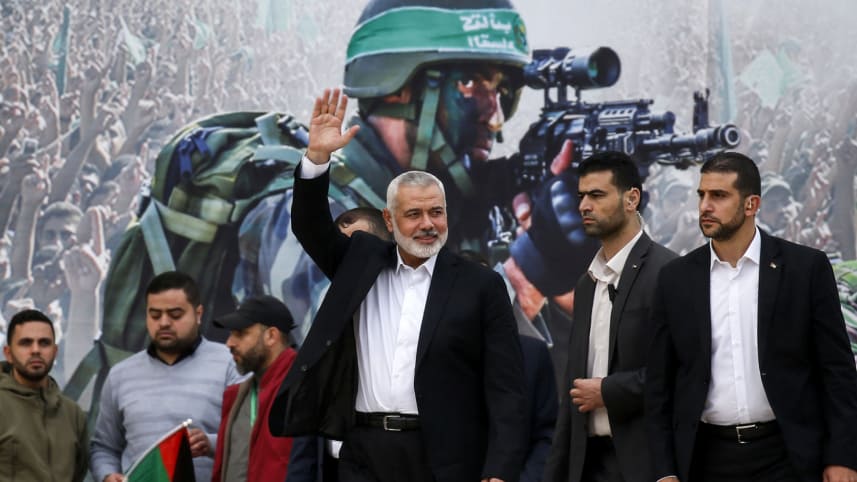 On July 27, 2020, Isma’il Haniyeh, head of Hamas’ political bureau, was interviewed by the Qatari daily newspaper Lusail. He claimed that as part of the “deal of the century” Hamas had been offered $15 billion to construct a sea port and an airport, and for other economic projects. He added that the objective was to turn the Gaza Strip into a separate, thriving territory (a kind of Middle Eastern Singapore). However, he said, Hamas had rejected the offer. That was because in return it was required to dismantle its military wing (as well as the military wings of the other terrorist organizations operating in the Gaza Strip) and to remove all its arms from Gaza (including rockets and heavy weapons). He said it was in Hamas’ interest to lift the [so-called] “siege” of Gaza, but not at the expense of abandoning its principles, the most central of which were continuing its military buildup, refusing to recognize Israel, realizing the [so-called] “right of return” and establishing a Palestinian state “from the [Mediterranean] sea to the [Jordan] river.”

Where is the call for UNRWA accountability from UNRWA donor nations?

How Does One Mistakenly Pass Out Textbooks Calling for Jihad?