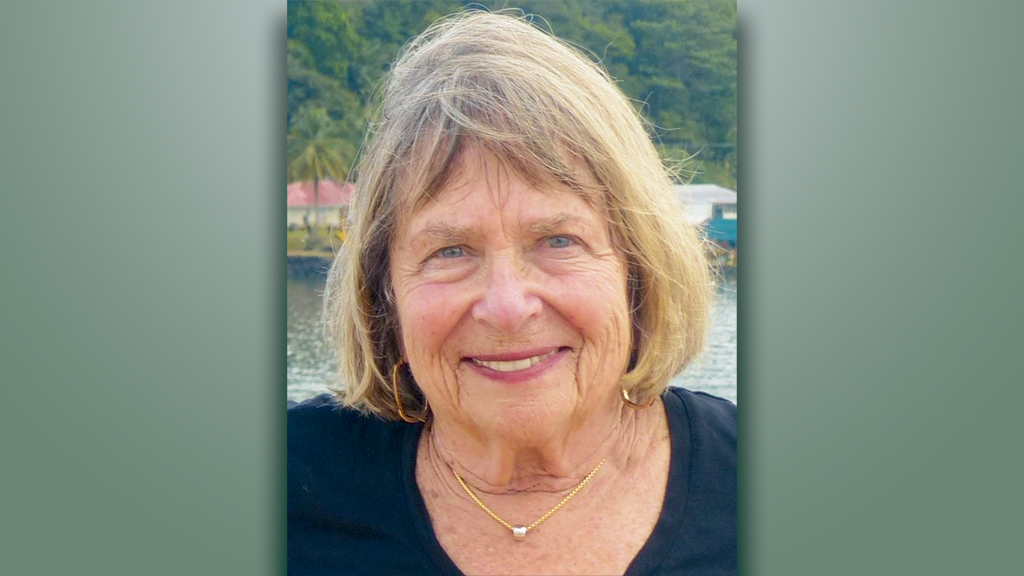 You can’t expect peace if you teach hate.

Common sense, right? A lesson the world has taught over and over again, no? An apolitical lesson, moreover, in that it doesn’t matter who is doing the teaching or the learning. It’s a universal truth.

But we don’t seem to learn it.

Dr. Joan Lurie Goldberg, a retired physicist who more recently has represented the International Council of Jewish Women — the international body to which the National Council of Jewish Women belongs — at the United Nations. At the U.N., she has seen the tactics that the United Nations Relief and Works Agency for Palestine Refugees in the Near East — UNRWA, for uneuphonic short — deploy as it trains generation after generation of terrorists, and she and her organization are working to counter it.

On Thursday, Dr. Lurie Goldberg will talk about what she’s seen for the Bergen County section of the NCJW on a free Zoom call. (See box.)

“The title is ‘The Path to Peace Begins in the Classroom,’ and the subject is the education that UNRWA is providing to about 500,000 Palestinian children every year in refugee camps across the Middle East,” Dr. Lurie Goldberg said.

The education, as documented and filmed by observers, shows children “being urged toward murder and martyrdom,” and includes “summer camps in which little boys, 7 or 8 years old, can be seen crawling under barbed wire, and at the end they point a rifle at another little boy, whose helmet has a star of David on it.

“My own little slogan is that every day that this education continues, peace is at least 25 years away. The only way to get peace is to sit down and negotiate, and for as long as this goes on the Israelis will have no one to negotiate with.”

So far, however, UNRWA shows no signs of change.

Some background — UNRWA is the only United Nations organization that looks after a particular group of refugees. The U.N.’s High Commission for Refugees takes care of everyone else. And UNRWA’s definition of refugees is not the standard one. “They have reinvented refugee to be an inherited characteristic,” Dr. Lurie Goldberg said. “Instead of approximately 40,000” — that’s about how many people who left their homes before, during, or right after Israel’s creation in 1948 — “we now have five and a half million. That’s four generations of refugees.

“By the way,” Dr. Lurie Goldberg said, “The High Commission has been extremely successful in resettling refugees. UNRWA has never made an effort to resettle anyone.

“So you have 5.5 million refugees who claim to have homes in what is now Israel. So finally, after 70 years of saying one thing in Arabic and another thing in English, they finally admit that what they really want it all the land, from the Jordan to the Mediterranean. And in order to do that you have to get rid of 8.5 million Jews.

“That is called the right of right, and UNRWA is upholding the right of return in all its educational materials. So what we have is the obscene scenario of an agency of the United Nations preaching the destruction of a member state. Israel.”

This miseducation has been going on for 70 years, but it’s accelerated in the last 20, Dr. Lurie Goldberg said. That’s because “20 years ago, the Palestinian Authority started producing textbooks for the refugee camps. Before then, UNRWA would use whatever books were being used in the host nation; if you had a refugee camp in Jordan, they’d use Jordanian books, for example. But since the PA took over, they have become more and more radicalized.”

Dr. Lurie Goldberg’s talk will focus on those last 20 years; it’s based on research done by the Center for Near East Policy Research, she said.

Although she’s changed her focus since she retired, her interest in research and how to interpret it has remained steady throughout her adult life. “I was the first female ever to be granted a Ph.D. in physics at Rutgers,” she said. That was in 1967; “the university was just over 200 years old then.” It was hard for a woman to get an academic job in the field, so after bouncing from postdoc to postdoc for a while, she ended up in the “military-industrial complex,” she joked; “I spent most of my career analyzing pictures of the earth taken by satellites.” It was complex, esoteric work, rich in detail.

After she retired, Dr. Lurie Goldberg, “a lifelong Zionist,” started to volunteer with ICJW; now she’s on the group that represents the organization at the U.N. The ICJW has groups in about about 30 countries, and “we have representation at the U.N. in New York, in Geneva, in Paris, and in Vienna,” she said. “So a lot of us — particularly those of us in New York and Geneva — have become very familiar with the entrenched anti-Semitism of the U.N. That’s how I became familiar with UNRWA.”

She’s also the co-chair of URWH: Stop Teaching Hate, a group make up of members of New York-based Jewish NGOs.

There’s something about anti-Semitism that scrambles the normal left-right political divide, she continued. As a Zionist, she recognizes that “clearly there is something wrong. In 1948, in 1967, in 2000 Israel went to the Palestinians and said ‘Let’s have land for peace. We’ll give you land, and you’ll give us peace.’ But in the end, they always refused.”

She talks about one of her heroines, Einat Wilf. “She used to be a left-wing member of the Knesset,” Dr. Lurie Goldberg said. “As her life went on, and she heard more and more about the Palestinians, she became more right-wing in that regard. But not in any other way.”

She also talks about another of her heroines, Fleur Hassan-Nahoum, a Moroccan Jew who is the deputy mayor of Jerusalem. “She is trying to push for public schools in East Jerusalem to use the textbooks that Israeli Arab children use, which teaches more English, some Hebrew, and high tech.” Some parents agree with Ms. Hassan-Nahoum, Dr. Lurie Goldberg said, for the pragmatic reason that hate does not lead to jobs; English, Hebrew, and high-tech can and do.

The National Council of Jewish Women is not a right-wing organization; far from it, in fact. “That is why it is so useful to have it involved in this issue,” Dr. Lurie Goldberg said. “Because this issue is not political.

“The issue of how these children are educated transcends politics. It is about child abuse. It is a violation of the convention of the rights of the child — which incidentally was passed by the United Nations.”

Who: The Bergen County section of the National Council of Jewish Women