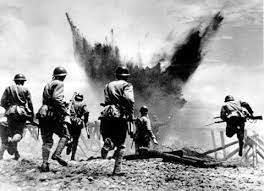 The anniversary of the outbreak of World War II has just passed and for Jews, in particular, it represents a grim reminder of lost opportunities and fateful decisions.

The question is often posed as to why we should bother to remember historical events. Amnesia on a grand scale seems to be the current preference these days. This willingness to forget the past and wipe away any lessons which could be gainfully learned quite often progresses to revisionist narratives and the inevitable repetition of fatal mistakes. As Jews, we are inexplicably bound to the experiences as well as the trials and tribulations of our extended families and communities over the generations. Those who are committed to perpetuating our traditions, faith and continuity are intimately connected to remembering the past by the observance of events in the Jewish calendar year.

It is a sad fact however that often where Jewish knowledge and commitment weaken the lessons of the past become irrelevant and many times pave the way for falling into the same pitfalls which ensnared us previously.

Surveying current developments one can only shake one’s head at the lemming-like manner in which multitudes of individuals and countries are treading the same worn-out failures which precipitated catastrophes not so long ago.

Take the lead up to World War II as an example of how democracies sleepwalked to disaster over a period of six years or so.

Hindsight is a marvellous thing and now that historians have had time to study and evaluate events between 1933 and 1939 certain lessons can be clearly drawn. It is an indisputable fact that had the democracies of the day taken a firm stand against the rising tide of Nazi and Fascist ideologies instead of capitulating to appeasement and duplicitous policies the subsequent catastrophic events would have been averted. Their moral failures and refusal to confront threats to world peace combined with a parallel refusal to bolster the League of Nations all combined to lay the foundations for the Shoah which inevitably followed. By slamming the doors on desperate Jews trying to find save haven they added fuel to the claim spread by Hitler and his gang that nobody really wanted more Jews in their country. At a time when large numbers could have been saved the hypocritical British slammed the doors of mandated Palestine shut in order to appease rabid anti-Jewish Arabs. The USA turned its back and doomed countless Jews by refusing asylum and even returning them to certain death in Europe.

We now know that there was also a systemic failure of Jewish leadership. Apart from a few notable exceptions not rocking the boat, keeping silent and maintaining a low profile was the order of the day. Denial of reality and a misplaced belief that it would all blow over amongst many European communal leaders guaranteed disaster.

What can we learn from the recent past when it comes to dealing with Iran and its surrogates, the PA and the PLO and of course the resurgence of the world’s longest surviving virus? (Not COVID 19 but Jew-hatred).

It should be obvious that repeating the same mistakes is a recipe for destruction as far as Israel and Jews are concerned. Yet unbelievably this is exactly the path being trodden by the international community, assorted appeasers and spokespersons for groups which promote various fantasy mirages.

Thus, treading the same fatal dead end as its predecessor, the UN and its associated bodies prefer to condemn Israel instead of confronting a member country which threatens to obliterate another one. While Iran works feverishly to develop nuclear bombs and the means to deliver them the UN prefers to take no action. Just as the League of Nations inaction enabled the Final Solution to be planned and executed so the UN’s preference for censuring the intended victim is laying the ground for a similar result. Meanwhile, the EU is replicating the moral bankruptcy of the 1930s when appeasing evil was preferable to taking strong action.

The frenzied and hysterical outbursts by Abbas and his unelected Ramallah cheerleaders supported by every Arab Palestinian terror group as well as Turkey and Iran, following the UAE decision to make peace with Israel, illustrates more vividly than ever what needs to be done. Instead of wholeheartedly supporting those who strive for genuine peace and sanctioning those who promote hate and terror, the EU with the UK prefer to ignore the inciters and instead give them a free pass. Every time the false assertion is made that Israel is occupying non-existent Palestinian territory and that places where Jews live are against international law, the peddlers of these lies feel vindicated. They are reinforced in their campaigns to boycott and sanction as well as paying money to murderers of Israelis by the absence of any meaningful steps to stop them.

Instead of dismantling the haters of Israel and Jews, the international community facilitates a continued campaign to ignore the real malign agenda. Does this not all sound nauseatingly familiar?

As though this is not bad enough we still have Jews who seem unable to internalize the fatal consequences of ignoring and excusing the deadly intentions of our Arab adversaries. This was vividly brought home when I read two recent items.

The first was an opinion piece by a veteran Israeli “peace” advocate. He has toiled over many years to convince an increasingly sceptical public that we were born in original sin and that Arab terror notwithstanding we are guilty of persecuting the Palestinian Arabs. Without a doubt sincerely believing in the righteousness of his cause and representing those who cannot or will not learn from the fatal past his latest thoughts perfectly illustrate the unbridgeable divide which exists today. In his article, he set out his agenda for the PA-controlled Arabs to follow in their campaign against Israel. It’s basically one of civil disobedience rooted in non-violence which he asserts will lead to “the liberation of Palestine.” Among various suggestions is one in particular which caught my attention.

As part of his suggested campaign to boycott everything that is Israeli he advocates that Palestinian Arabs should “establish victory gardens in public spaces as well as by houses to grow food for the community.” Presumably, this would replace boycotted food products produced by Israel. He then beats his breast by declaring “I am part of the occupier. I am part of the victimizer and not the victim. I apologize to my Palestinians brothers and sisters because we in Israel failed to end the occupation. The liberation of Palestine and the end of the occupation will be won through the public consciousness.”

In the face of daily outpourings of hate and the teaching of it in UNRWA schools, as well as an official policy of PA/Hamas exhortations to slay Israelis and deny their legitimacy, does anyone in their right mind imagine that establishing “victory gardens” and boycotting us will ever bring genuine peace closer?

The second example of la la land hallucinations followed the recent murder of an Israeli rabbi by yet another Arab infected with the daily diet of incitement offered up by UN-supported “peace” partners. Here is the advice offered up by one of our retired generals. “It’s true there is incitement on the part of the PA and there is also frustration from the agreement with the UAE. However, Israel’s defence minister should still do more to ease restrictions and act more generously towards Palestinians.”

Is it any wonder that in the face of these pieces of advice the vast majority of Israelis throw up their hands in frustration?

Will the bitter lessons of the past remain unlearned much longer?