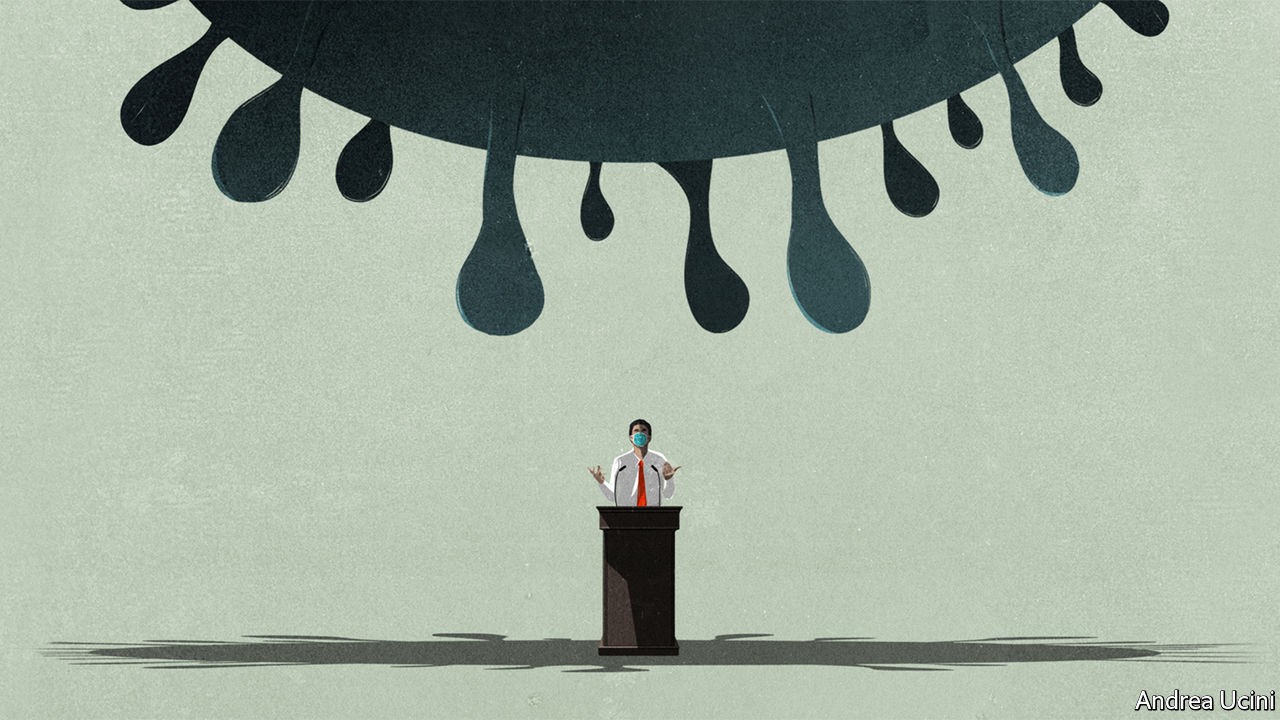 As though corona was not enough of a challenge, Israel is now faced with a pandemic of another kind.

It manifests itself in a variety of ways ranging from raging fever, hallucinations and irrational behaviour. Moreover, it has the capacity to wreak chaos on the economy, sow dissent among all sectors of society and delay long-overdue decisions affecting the health, welfare and security of the country.

The worst part of this new pandemic is that no vaccine is on the horizon for the simple fact that no amount of research has yet been able to discover an antidote which will actually prove effective.

In addition, quarantining and lockdowns have proven totally ineffective in either preventing or lessening the severity of this plague. Very few other countries seem so far to have been infected with this virulent disease which has resurfaced at least four times in the space of two years.

The basic problem is that no matter whatever preventative measures are implemented the malady persists with each bout displaying ever more severe symptoms. Debilitating fatigue among the population at large is not however displayed by those vying for attention.

Another side effect of this pandemic is the creation of entirely new groups which spring up like mushrooms after the rain and all of which promise salvation to the long-suffering masses.

Also evident is a syndrome which convinces some of those infected that they alone possess the ability to be the leader of the pack and that nothing, not even the passage of time or personal failings, can allow anyone else to shine and lead.

It should be evident by now that what I am describing is the political landscape currently confronting us.

Election fever is once again breaking out with all its attendant allergic reactions. For the next three months we will be subjected to assaults on our intelligence and a daily bombardment of bombastic claims and nauseating promises. This feverish condition will be hard to shake off and as polling day looms ever closer the temperature will rise to dangerous levels.

What can be done to mitigate or even better, eliminate this latest threat to our health and sanity?

One obvious method is to switch off all electronic purveyors of news, isolate oneself from reality and on polling day refuse to participate in this circus of the absurd. Many voters may indeed take these drastic steps but if past results are any indication, this will not result in rapid restoration of political sanity. If anything it will merely perpetuate the tenure of the very politicians who have brought us to this parlous state. Opting out of exercising one’s democratic right is self-defeating and a “cop-out.”

These impending elections are crucial because they at long last may have the potential to alter the political landscape. I say “may” advisedly because in Israel political surprises are unpredictable. Too many factors can intervene at the last moment ranging from political mergers, candidates jumping ship, scandals suddenly unearthed or as has happened more than once, some external threats from one of our adversaries.

In March, after having been battered endlessly by blasts of hot air, hyperbole and insincere promises the great challenge will be to choose the lesser of all evils on offer. In order to do this, some important factors will need to be taken into account.

Does a Prime Minister have a divine right to rule forever?

Should he as his title implies be “prime” among his ministers or a team player whose ego allows him to share decision making and achievements?

Should he set a personal example of modest living and impeccable relationships?

If accused of misdemeanours should he resign until proven innocent or should he instead carry on regardless?

Is there a need to limit the terms a PM can serve?

Should the electoral system be reformed by raising the minimum percentage thus cutting down on the number of parties?

What about attracting experts in various fields to stand as MK’s rather than having those who merely pledge slavish allegiance to a particular leader as a candidate?

What about banning past failures and those previously rejected from recycling themselves via alternative parties and attempting to foist themselves once again on a wary electorate?

Then there is the important matter of actual policies covering security, foreign affairs, economy, health, education, welfare, social inequalities, aliyah and the very nature of a Jewish State. In order for voters to make an intelligent choice political parties need to deliver a comprehensive manifesto covering all these aspects and set out a plan for tackling them. Unfortunately, this has previously been a mission impossible with the result that apart from vague and often unbelievable rhetoric those seeking our vote treat us like gullible fools.

Instead of well thought out and attainable policies we have been offered a choice between those who perform better in front of the media, are prettier or more handsome, charismatic or dull, shrewd or devious and above all who is most successful at screaming, denigrating and sowing dissension. What remains lacking is any serious attempt at persuading us that behind all this bluster is a coherent plan to make the country better, fairer, more secure and above all more tolerant of different sectors of society.

Another improvement in the political scene would be the demise of sectoral parties whose sole aim is to extract the maximum amount of taxpayers’ money for their pet projects and constituents and to implement laws which will cause internal or international outrage. In the early days of the State there was a need for religious parties because the majority secular and socialist ruling elite showed very little appreciation and understanding of the vital role Judaism should play in the life of the country. Those days are gone and with religious men and women now represented in all but the extremely militantly secular parties (an almost extinct phenomenon) there is a good argument for the demise of parties which cause rifts and certainly do not advance the cause of Judaism. What was necessary in the shtetels of Europe is no longer needed or effective in the 21st century and as the proportion of the religious population increases changes must be made. A total overhaul of the Chief Rabbinate is a classic example so that kashrut supervision and matters of personal status can be addressed by Halachic experts living in the real world instead of detached from the realities of a modern society.

The number of urgent matters which need the attention of a fully functioning Government is endless and the sooner they get addressed the better it will be for all concerned.

Between now and March citizens need to make up their minds and vote accordingly.

Last Shabbat I read a brilliant summation of what it takes to be a good leader based on the Torah portion of the week. It was written by the late Chief Rabbi Lord Jonathan Sacks zt”l and should be compulsory reading for each and every aspiring leader of the Jewish State.

“Leaders make mistakes. That is an occupational hazard of the role. But leaders are also human and their mistakes often have nothing to do with leadership and everything to do with human weakness and temptation. A leader is one who, though he may stumble and fall, arises more honest, humble and courageous than he was before.”