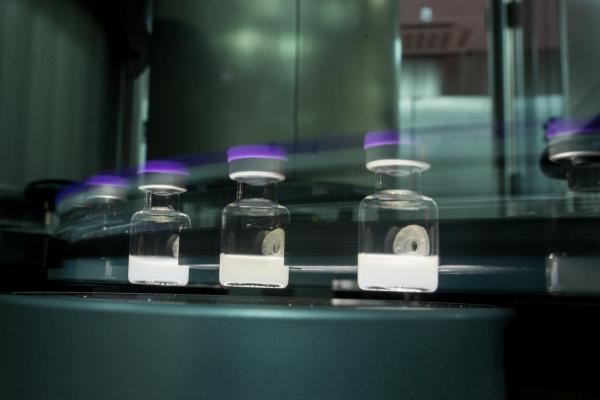 The week leading up to 20 January 2021 is proving to be chock full of action on many fronts.

Those of us who have been around for quite some time can almost write the script for unfolding events because unfortunately the narratives rarely vary. Likewise, the fallout as far as Israel and Jews are concerned is also just about ordained. The tragedy is that with hindsight and a willingness to learn from past mistakes the impending mayhem could be avoided.

On the corona inoculation front, Israel is way ahead of any other country. Not only have a record number of elderly citizens already been vaccinated in the first round but sufficient supplies of the vaccines have been sourced so that the second jab can now be administered and other age groups can commence receiving their shots. The irony is that all these accomplishments come at the same time as infection rates have risen to higher levels. As certain sectors of Israeli society, including many Charedim and Arabs, ignore social distancing and lockdowns it is no wonder that combined with returnees from overseas and attendees of rave parties, the virus has taken off for the third time.

The mass inoculation programme now underway is intended to stop Covid-19 in its tracks. At least that is the claim peddled by our Prime Minister who to his credit managed to acquire enough doses for the whole population before many other countries had even woken up to the challenge. This being yet another election season we can take all political boasts with a grain of salt and wait until polling day before we decide whether it is fact or fiction. Meanwhile, I get my second jab on 20 January, a most propitious day indeed.

Israel’s achievement at mass inoculations has grabbed world media headlines. It has even compelled a few European countries normally critical of anything that we do or don’t do to ask if we can tell them how to undertake similar successful exercises.

At the same time however, it has also attracted the malicious attention of the usual collection of useful idiots who are always waiting in the wings to insinuate the worst motives and attribute the vilest conspiracy theories about Israel in particular and Jews in general. It didn’t take long for all these peddlers of slanders and lies to come out of the woodwork and for the media to spread their web of deliberate disinformation which went viral quicker than you can say “shmendrik” in Yiddish.

In the Middle Ages, Jews were accused of spreading the black plague and even without the benefit of social media this lie quickly multiplied and resulted in pogroms, massacres and expulsions. Today it only takes a few seconds for accusations that Israel is denying Palestinian Arabs access to its inoculation programme to result in worldwide exposure and resultant condemnations. SKY News headlines on its website quoting its correspondent shrieked: “Israel urges world to follow its rapid rollout but Palestinians are left waiting.” At first, the PA in Ramallah denied that it had asked Israel for vaccines but as soon as they witnessed the frenzy generated by the media they realized that by quickly jumping on the accusatory bandwagon now gathering steam they could harvest another bumper crop of international resolutions.

Never letting hard facts get in the way of unpalatable realities is the hallmark of Israel and Jew bashers since time immemorial. That is why having successfully stirred up a storm of protests over a fictitious obligation to vaccinate non-Israeli citizens the spreaders of such lies are now focusing their next efforts on condemning Israel for not providing preferential jabs to Palestinian Arab murderers incarcerated in our jails. Obviously helping them to attain university qualifications, paid for by international aid sent to the PA, is not enough. We are now obliged according to the usual collection of local and international champions of selective human rights to use our supplies of vaccines to give priority to murderers while law-abiding Israelis await their turn.

The timid responses on the part of most of our own political leaders combined with pareve non-responses by world Jewish “machers” will only result in emboldening those who daily seek to delegitimize the Jewish State and all its citizens regardless of their multi ethnicities.

A predictable feature of this lead into 20 January is the intimidation being ratcheted up several notches by the Mullah regime in Iran. Sensing a once in a lifetime opportunity to an accelerated cheating on its way to nuclear weapons, Tehran is now employing the same tactics as its mentor, North Korea. This involves unilateral moves which it knows will not result in anything more demanding than a limp slap on the wrist. In the case of the EU it merely materializes as “an expression of deep concern” which can easily be dismissed as a fake gesture issued to show that, nudge, nudge, wink, wink, sanctions will be circumvented.

The next stage in this intimidation technique is to take hostages, whether human or ships and demand either the release of Iranian terrorists held in foreign jails or the payment of ransom millions for the release of hijacked oil tankers. That is why South Korea is currently being bullied to pay billions of dollars for the release of one of their illegally seized tankers. The Iranians know perfectly well that these sorts of tactics pay handsomely because the victims are too cowed and morally weak to enforce any sort of meaningful retribution.

This brings us all to 20 January again when a new American administration will be inaugurated. One does not need to be prophetical in order to forecast exactly what the next four years will portend. With Obama era officials being recycled and past failed policies about to be regurgitated the opponents of democracy, freedom and human rights will be salivating at the prospect of getting a free pass for their nefarious schemes. Just as Hitler encouraged appeasement, cultivated those who preferred surrender rather than standing up to hate mongers and steadily forged ahead unhindered with his genocidal plans, so in the next four years, we are likely to witness a repeat performance.

The difference is that whereas back then Jews were totally defenceless and at the mercy of an uncaring world, today the Jewish State is no longer prepared to be the sacrificial lamb offered upon the altar of international perfidy.

Bernard Henri-Levy, a leading French intellectual and certainly not someone who can be accused of being a radical right-wing individual hit the nail on the head when he wrote not so long ago: “The West has returned to the spirit of appeasement – the religion of the ceasefire – the idolatry of peace at any cost.”

That is the plain unvarnished truth which confronts us as we buckle up for a bumpy and probably lethal ride ahead.