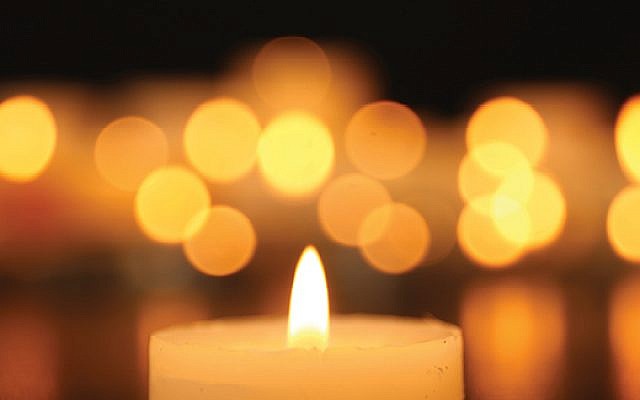 Yom Hashoah is commemorated after Passover and on the Hebrew date of the anniversary of the Warsaw Ghetto uprising.

It is highly symbolic and appropriate that just as we have finished celebrating our liberation from Egyptian enslavement and recited the verse reminding us of how in every generation there are those who rise up to annihilate us we should honour the memory of our martyrs who were murdered at the hands of German perpetrators and their willing European helpers.

There are many who today question the need or relevance for any sort of Memorial Day. In Jewish communities, apart from those where the disconnect is complete or those who suffer from self-loathing syndromes, the command to remember what Amalek and their successors did to us remains as forceful and relevant as ever.

It is an unfortunate fact of life that the world’s longest surviving plague still confronts us wherever we may live and no matter how hard we might try to believe that it has lost its potency and can no longer harm us. Unbelievable as it may seem to rational thinking individuals the virus of Jew-hatred has mutated over the millennia and today manifests itself in a variety of guises.

As the sirens wail their mournful sound this week and Israelis stand in silent tribute to our endless list of martyrs it is incumbent to spend more than a few moments contemplating and internalizing the realities confronting us all.

Israel hatred and efforts to delegitimize the Jewish State may be the latest attempt at eradicating our history and distorting us as a people but basically the old true and tried version of Judeophobia is still bubbling away like a poisonous cauldron. With the Shoah years fading and survivors passing away, the haters are now emboldened to show their true colours again. No longer do they feel compelled to hide in dark corners and anonymous surroundings. On every continent, they are now crawling out from the undergrowth and brazenly displaying their venomous agendas.

Safe in the knowledge that ignorance is now widespread, cancel culture flourishing, universities once again hotbeds of hate and scapegoats available, the Shoah deniers, historical revisionists and just plain old Jew-haters of the old variety are staging a comeback everywhere you happen to look.

In case you think that I am exaggerating or being unnecessarily alarmist take a moment to peruse the following disquieting trends.

It has long been assumed that less educated and ignorant individuals were more likely to be ideal candidates for indoctrination and brainwashing as far as conspiracy theories and hate against Jews was concerned. The so-called “unwashed” masses in Europe during the Middle Ages and in more modern periods certainly swallowed without questioning the lies, slanders and fables peddled by educated religious preachers and theologians as well as politicians.

Overlooked however was the disquieting thought that in fact if not for the so-called educated sectors of society the incitement, falsification of facts and raw hate would probably never have gained any traction and authenticity in the first place. In fact, it has been entirely due to the “elites” of every society that Judeophobia has flourished and continues to gain popularity. Proof has recently been provided by a survey conducted in the United States and reported in TABLET magazine. It shows that the more educated Americans become the greater the possibility of hating Jews.

The survey showed that university graduates were 5% more likely to apply double standards to Jews. Holders of advanced degrees used double standards against Jews 15% more than respondents without higher education.

The veracity of this can be seen today in universities not only in the USA but in almost every country. Jewish students are facing an avalanche of delegitimization and harassment over their support for Israel and in many cases over the fact that they are simply identified as Jews. This growing malady is merely a recycling of the same old hate experienced in the recent past. My late father told me that in 1933 when he was at university in Germany as soon as the edict to expel all Jewish students and faculty was issued his fellow non-Jewish undergraduates, lecturers and professors without exception enthusiastically joined in the pogrom to make sure that he and his Jewish peers were hounded out of completing their tertiary education.

Likewise, it was the “educated” Aryan medical and legal professionals who turned with a vengeance on their Jewish colleagues and banned them. This pattern repeated itself throughout Europe. How many people remember the quotas imposed by universities, medical schools and legal fraternities on the admission of Jews not just in Europe but also in the USA and elsewhere?

A most revealing demographic study published recently by the London based Institute for Policy Research shows that Europe’s Jewish population is as low as it was one thousand years ago and moreover the future there does not look bright. The Shoah of course wiped out large numbers of communities and communism also contributed towards decimating Jewish life. In recent years Aliyah has led to dwindling numbers. According to the study, despite an influx of mainly (secular) Israelis & Russian Jews, rampant assimilation & ageing demographics combined with low birth rates mean that the prognosis for any meaningful future is bleak. When you add in the increasing level of hate now evident on a continent which historically has been fertile ground for that phenomenon one can foresee a further exodus.

Social media is awash with hate and without doubt, is planting poisonous seeds in the minds of impressionable youth and adults alike. As we progress further from the Shoah years and education about those times remains either non-existent or inadequate the probability of increasingly escalating incidents becomes greater.

Mein Kampf remains a popular handbook for Jew-haters in many countries while our “peace partners” in Ramallah publish the vilest incitement comparing Israel and Israelis to Nazi war criminals. The fact that because this naked hate of Jews elicits no condemnation from the international community and instead Abbas and his cohorts are being showered with increasing torrents of your money demonstrates once again that when it comes to demonizing Jews, pious rhetoric is not followed by firm action to punish the slanderers.

The Coronavirus pandemic has fueled a spate of conspiracies which blame Jews and Zionists for the virus. If anyone thinks that this sort of dangerous garbage was a relic of the Middle Ages and no longer a danger today they need to think again and open their eyes and ears to reality.

Within this last week alone there has been a report in the Australian Jewish media about a “swastika epidemic across the country.” In Canada, it has been reported that Jews are targeted by more hate crimes than any other religious groups. In Denmark and Sweden Jewish cemeteries have been vandalized. Another survey in the USA revealed that most American Jews feel less safe compared to a decade ago. In an increasing number of countries, Jews feel threatened and fear targeting if they wear identifiable Jewish clothing or symbols.

To top it all off the Disney Channel in a Passover message replaced “next year in Jerusalem” with “next year in the Holy Land.” As though twisting and rewriting our Seder liturgy was not bad enough they couldn’t mention the word Israel and replaced it with Holy Land which immediately implies that the Jewish connection is not relevant and unique.

As we remember and honour on Yom Hashoah the six million who were murdered because they were Jews it would be a good idea not to lose sight of the fact that the successors of the perpetrators and their willing assistants are still among us.

At least today we have Israel to ensure that the same madness does not again take over humanity. We must remain vigilant and above all not passive in the face of a resurrected and resurgent evil.