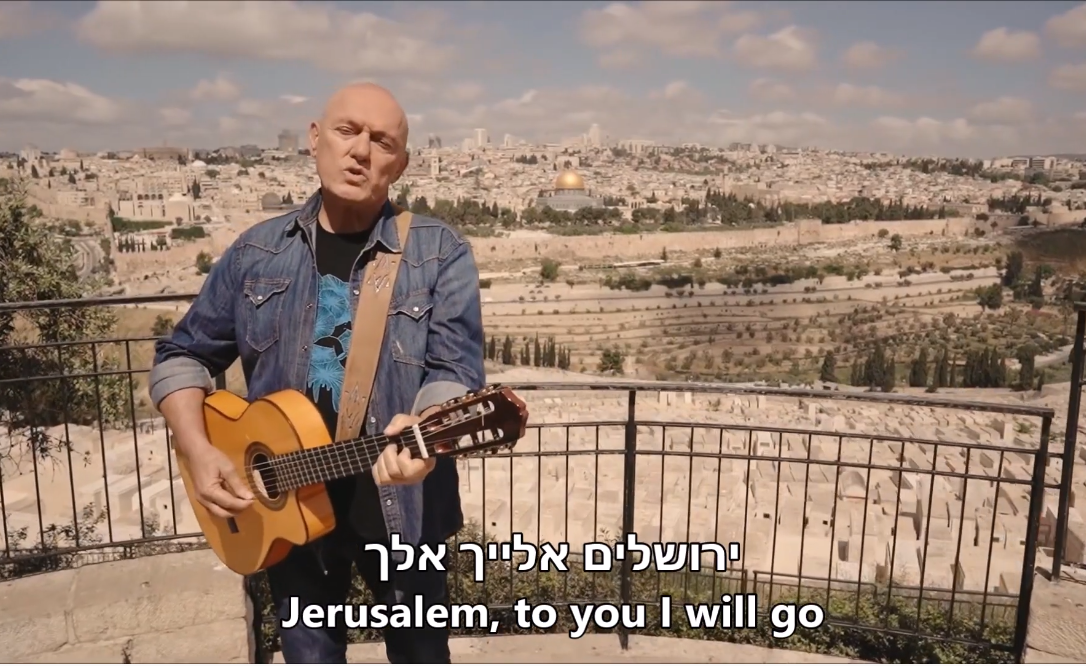 Shlomi Shabat is a well-known Israeli singer. Here is a song he made for Jerusalem Day. The words are absolutely beautiful.

Jerusalem is definitely not easy to describe. There’s a feeling that goes with it that only those who have been there can understand. Although it’s hard to describe this ancient city, Israeli singer Shlomi Shabat could not have done a better job.

There is so much to say about Jerusalem. It’s really a melting pot for different religions and cultures. It is amazing that so many people can connect to one city despite their differences.

The world loves to talk about who Jerusalem belongs to. Well, it belongs to G-d. And G-d wanted it to be the capital of the Jewish people thousands of years ago. But the thing is, only under Jewish control has Jerusalem been a place of free worship for all. Under Muslim control, many were banned from the city. And you can still see now how the Muslims treat others in Jerusalem. On the Temple Mount, they don’t allow Jews and Christians to pray. They don’t allow others to prostrate themselves. So why would the world even want Jerusalem to be under the control of Muslims? That is just a recipe for more persecution for many, many people.

And that is why the whole world should really celebrate Jerusalem Day, not only Jews! It’s a day of gratitude and praise to G-d for allowing unheard of miracles to take place. It’s a day to celebrate that G-d allowed the Jewish people to return to His holy city after thousands of years of being banned from it.

Shlomi Shabat’s song described how many feel about Jerusalem in a way that so many can’t.