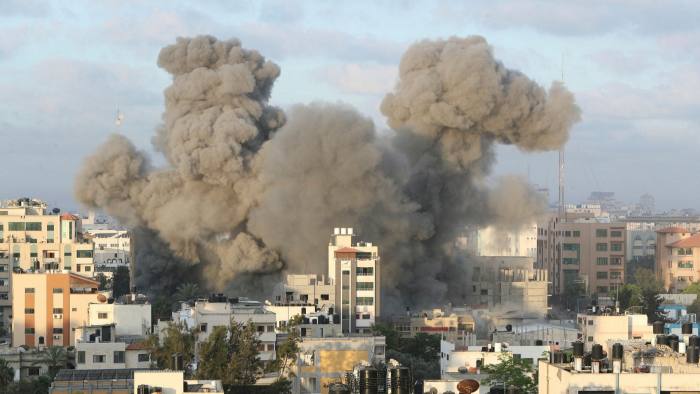 The current “cease fire” proposal now discussed in Gaza is anything but a cease fire.

Indeed, a real “cease fire” might result in the kind of armistice that ended hostilities in World War I, on the 11th hour of the 11th day of the 11th month, on Nov. 11 1918, paving the way to the Versailles peace treaty and the genesis of the League of Nations.

However, the three Arabic nuanced terms discussed with Hamas have nothing to do with a “cease fire.” Those terms are Hudna, Tahadia and Hudaybiyyah,

Hudna — a tactical pause intended only for rearmament, and a temporary respite in the war between Islamic forces and non-Islamic forces.

Tahadia — a temporary halt in hostile activity which can be violated at any time.

Hudaybiyyah — An understanding that there will be no fighting for 10 years, named for the “treaty of Hudaybiyyah” in 628 C.E. The Islamic Encyclopedia mentions the Hudaybiyyah treaty as an “ultimate hudna.”

In the words of the Islamic Encyclopedia, “The Hudaybiyyah treaty, concluded by the Prophet Mohammad with the unbelievers of Mecca in 628, provided a precedent for subsequent treaties which the Prophet’s successors made with non-Muslims. Mohammad made a hudna with a tribe of Jews back then to give him time to grow his forces, then broke the treaty and wiped them out. Although this treaty was violated within three years from the time that it was concluded, most jurists concur that the maximum period of peace with the enemy should not exceed 10 years, since it was originally agreed that the Hudaybiyyah treaty should last 10 years.”

How many people remember that three hudnas already concluded in recent years with Gaza?

How many people remember what occurred during those hudnas? Well, the people in Sderot and the Negev region of Israel remember.

From Nov. 26, 2006, until May 15, 2007, a Hudna between Hamas and Israel went on for almost six months. One cannot ignore the statement made by Hamas five days before the hudna went into effect: “Hamas’s military wing will stop the rocket fire when residents evacuate the city of Sderot” (from Nov. 21, 2006).

And there was another hudna with Gaza which lasted until the end of December 2008, which witnessed 878 attacks fired from Gaza.

And there was a hudna from the end of Operation Cast Lead on Jan. 18, 2009, to the first day of Operation Pillar of Defense on Nov. 12, 2012. During that period, approximately 2,000 rockets and missiles were fired from Gaza, sending one million Israelis running to shelters.

And from the end of operation Pillar of Defense, through June 30, 2014, 300 aerial attacks were launched from Gaza towards southern Israel — during yet another tenuous Hudna.

What country would tolerate one missile fired into its territory… and agree to a Hudna, Tahadia and Hudaybiyyah that promises yet more aerial attacks?

The time has come for Middle East pundits to warn that a Hudna is anything but a cease-fire.