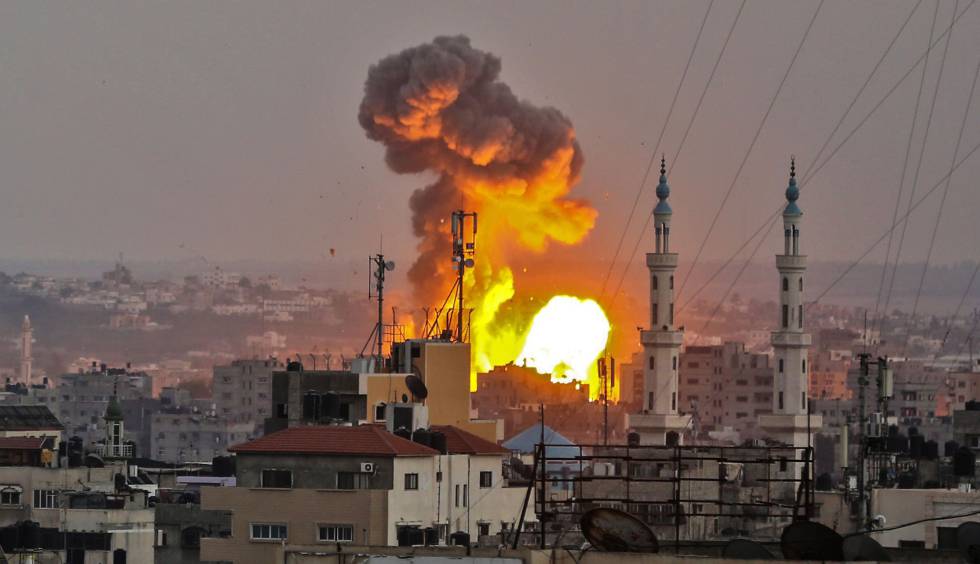 Facebook
Twitter
Pinterest
WhatsApp
Dear Readers and Listeners:
THE HAMAS CHARTER’S PREAMBLE:
“Israel will exist and will continue to exist until Islam will obliterate it . . . .”
https://fas.org/irp/world/para/docs/880818.htm

HEAR ARLENE KUSHNER, AN ISRAELI JOURNALIST, SPEAK FROM JERUSALEM, ISRAEL TODAY.  MS. KUSHNER ADDRESSES THE PREMATURE CEASEFIRE WHICH IS HOLDING AFTER 11 DAYS OF FIGHTING IN WHICH OVER 4,000 ROCKETS WERE FIRED INTO THE SMALL AND ISOLATED JEWISH STATE.

Ms. Kushner reacts to the following discussion points:
Not all of the rocket launchers, military, and intelligence infrastructure as well as weapons caches of HAMAS have been destroyed.
Israel’s government had reportedly told the Biden administration last week that international pressure for an immediate ceasefire “strengthens Hamas and delays the ceasefire.” https://www.jewishpress.com/news/eye-on-palestine/hamas/ceasefire-reportedly-not-before-friday-as-gaza-rockets-israeli-air-force-strikes-persist/2021/05/20/

Here in the United States, we know that Benjamin Netanyahu, the Prime Minister has assured the Israeli people that the Israeli Defense Forces, the IDF, have “set HAMAS back by many years.”
[https://www.israelnationalnews.com/News/News.aspx/306392]
However, was this ceasefire, imposed on Israel by the Biden team after only 11 days – good for Israel’s national security and her long-term strategic interests?  Hear Ms. Kushner’s reaction….
In addition to the attacks out of the Gaza Strip and a much smaller number of rockets fired out of Lebanon, there has been constant Muslim Arab violence in Israeli cities.  It has been reported in areas where Muslims live side-by-side to Jews and Christians, the Muslim Arabs have attempted to lynch, beat-up, and kill Jewish civilians.  Indeed, Israel’s President Rivlin has spoken about these lynch mobs as pogroms.  Learn Ms. Kushner’s reaction…
Also, hear Ms. Kushner’s reaction to anti-Semitic Congresswomen Ilan Omar, Rashida Tlaib, Alexandria Ocasio-Cortez and others who suggest Israel is an apartheid state that “steals” and occupies land that belongs to Muslims as opposed to the Jewish people who have maintained a continual presence in their homeland dating back to Biblical times.
See: https://www.facebook.com/TheDeniceGaryShow/videos/3812931695472628
My best regards,
Denice