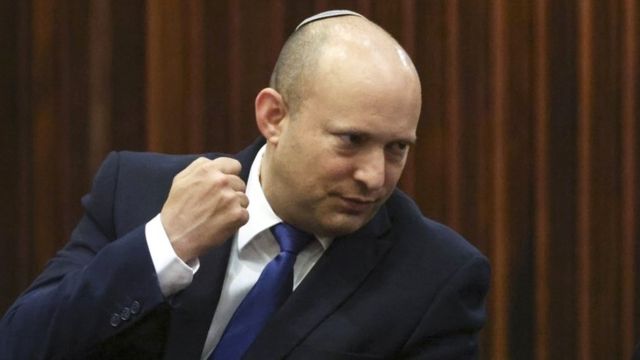 It may not yet be midsummer in Israel but the dreams or nightmares, depending on your political preferences, have already burst forth, domestically and internationally.

After a long and tortuous gestation period, followed by extreme labour pains, the Knesset finally enabled the birth of a new coalition albeit with the slimmest of majorities.

The question on everybody’s mind at the moment is whether this fragile newborn can survive the inevitable battering it will receive at the hands of its detractors and those dedicated to its premature demise. With its longevity dependent on a single seat and in the absence of defections from disaffected Likud members the fragility of the coalition teeters from day to day. Moreover, it remains vulnerable to tempting offers from those who currently feel that they have been unfairly banished to the opposition benches and who will use any means, fair or foul, to undermine stability.

The bitter frustration at being relegated to the opposition was on full display at the Knesset session convened to confirm the new coalition. To call the behaviour of Likud and Haredi members shameful would be a gross understatement. Their nonstop barrage of invective while the PM-designate was speaking was more reminiscent of the thuggish supporters at a Beitar soccer match who habitually indulge in mass screaming against every opposition team. Hearing insults such as “liar, fraud and traitor” and other adjectives being hurled by Likud MK’s made me recall that quite a number of those same individuals were themselves guilty of exactly those same afflictions.

More disgusting however was the spectacle of Haredi representatives with hate-filled screwed up faces shouting about how the new coalition was going to destroy Judaism, remove religion from the nation and persecute anyone who is Jewish. Their invective against a religious Zionist Prime Minister has nothing to do with any of these falsehoods and everything to do with the fact that the money taps are going to be turned off. Instead of fostering a generation ignorant of mathematics, English and science and spending the rest of their lives mired in poverty and reliant on permanent handouts from long-suffering taxpayers the new Government is going to encourage Haredi youngsters to learn skills, enter the workforce and take part in civic duties. Instead of a Kashrut monopoly which fills the coffers of Haredi groups, there will be competition and accountability. Conversion will be made more user friendly, the Chief Rabbinate which has fallen into disrepute will be more receptive to modern times and provision for more pluralistic expressions of worship are all on the incoming agenda. For representatives of parties who ban women from becoming parliamentarians and whose newspapers either blur or erase women’s faces these proposed aims are threatening.

These “tzadikim” (self-righteous saints) have become so used to secular and modern Orthodox parties caving in to past political bully tactics that the prospect of change is too much. Their unhinged reactions reflect a fundamental fear of modernity and horror at the thought that like Maimonides, Rashi and other such sages of the past they might have to actually earn a living as well as study. Going by their unedifying behaviour they have obviously also not learned that “lashon hara” (speaking evil) of individuals is forbidden in Judaism.

The speech of Naftali Bennet and the undelivered speech of Yair Lapid by contrast were models of restraint, gestures of gratitude for past achievements of the outgoing coalition and a summary of future goals. Any dispassionate observer could easily discern the difference between the insulters and the incoming parties. If the disgraceful scenes witnessed in the Knesset are anything to go by the time to consign the outgoing coalition to the political wilderness was long overdue.

Meanwhile, the hypocrites and double standard-bearers of the world united to trot out the same old tired and discredited slogans. Listening and reading their “pious” pronouncements one could easily come to the inevitable conclusion that the only reason peace has not been achieved with the Palestinian Arabs was because Israel had frustrated it at every opportunity. Propagated by a biased media this tendentious lie trotted out by politicians worldwide is now the default position for excusing and ignoring 73 years of terror against Israelis.

A refusal to face reality and deal with Jew hate and what it really represents has brought us to the sorry state of affairs we face today not only here in Israel but also in every country where Jews reside. As long as the PA, Hamas, Hezbollah and their patrons in Tehran, as well as supporters in the UN, refuse to acknowledge a legal and rightful Jewish presence in our restored homeland there cannot be any sort of meaningful peace. This is what was declared by Ahmed Tibi, a former adviser to the late unlamented Yassir Arafat and an Arab member of the Knesset (so much for apartheid): “Muslims do not recognize that the Land of Israel belongs to the Jewish People. There is no serious Muslim who will say such a thing. There is no true Muslim who will say that.”

No less an authority as the PA Prime Minister has reiterated that the Jewish Temples never existed on the Temple Mount. This hoary old lie having been repeated and recycled often enough by certain media outlets has now become infallible truth among the Islamic masses. Its logical conclusion is that Jews have therefore no rights to their holiest site, no connection and rights in their Capital and definitely no claim to being sovereign in their own country. Instead of an international demand that these deliberate false libels be retracted, they are ignored thus emboldening the liars to even more outrageous claims.

The current commotion over a flag parade in Jerusalem is a logical result of this intentional international and extreme left-wing blindness towards Islamic incitement against Israel, Jews and Judaism. Hamas terror group and its facilitators fired over four thousand rockets at Israeli civilian targets after falsely claiming that Al Aqsa and Jerusalem were in danger of being destroyed and Judaized. Every year on the anniversary of Jerusalem’s reunification and liberation from illegal Jordanian control a parade of flags takes place through the streets of the Capital to the Kotel (Western Wall). It seems that only in Israel but in no other country, flag demonstrations and parades represent a threat to world peace. For some easily explained reason, the sight of Jewish Israelis celebrating the restoration of sovereignty is such an unbearable provocation that it warrants riots, mayhem, arson and a barrage of rockets.

Once again the knee jerk reaction is one of urging Israel to forgo this annual event and advice not to upset those who plan mayhem. Apparently, it is perfectly in order for terror-supporting groups to parade with flags and banners through London and other cities shouting out the vilest threats against Israelis and Jews. The authorities know that Jews are not going to fire rockets and riot and therefore they can turn a blind eye. Freedom of expression is a license to demonstrate in every democratic country except Israel. Rallies supporting terror groups can be held in Sydney, Melbourne, Auckland and Wellington but heaven forbid if Jews dare to gather together to celebrate the liberation of their occupied Capital. Hamas has threatened to renew terror if Israelis dare to parade again, the original parade having been called off while the rockets headed our way. The new public security Minister quite rightly declared that freedom of expression means that it is perfectly legal to proceed.

If you want to really understand how our “peace partners” embrace peace and tolerance have a look at the latest examples issuing forth from Ramallah as recorded by PMW:

True to form the usual apologists are in an uproar and ready to pin the blame on those exercising their democratic rights rather than on the instigators of terror. Even worse is the pathetic spectacle of Diaspora Jews and local excusers of Islamic intolerance uniting in a chorus of condemnation not of the rioters but of Israelis celebrating the miracle of restored sovereignty.

At the end of the day, it makes no difference which coalition is governing because the very presence of Jews is anathema to the haters.

The time is long overdue for the plotters and perpetrators to be permanently relegated to the sin bin of history. Unfortunately given the past and current dismal track record by those who should have acted, but didn’t, we cannot expect it to happen in any of our lifetimes.