Dr. Assaf David, head of the Israeli Forum for Regional Thinking, has published an article in Haaretz, Aug 10, 2021, in which he reviews the recent report by the German Georg Eckert Institute (GEI) on the Palestinian Authority textbooks. In his article, titled “No, Palestinian textbooks are not anti-Semitic” Dr. David tries to stress the findings of the report in light of his anti-occupation ideology. He also laments the floor given to Israeli “conservative” research institutes that influence with their “one-sided” findings policy makers in Europe. Being one of the researchers he probably refers to, I would like to make the following comments:

Even the Georg Eckert Institute’s report itself, that tries hard to hide such phenomena in the PA textbooks (the above-mentioned two examples do not appear there), presents a case of anti-Semitic attitude in a PA textbook: “One textbook provides a learning context that displays anti-Semitic motifs” (p. 172).

Dr. David himself eventually admits in his Haaretz article that “examples of anti-Semitism… exist in the Palestinian textbooks but, according to the research team, their scope is limited” (translated from his Hebrew article).

Why, then, is this misleading title of his article?

III. Dr. David mentions and praises a former study of both Palestinian and Israeli schoolbooks conducted by Professors Daniel Bar-tal of Tel Aviv University and Sami Adwan of Bethlehem University. That research was grossly biased and I criticized it widely when published (2013). The researchers simply omitted the most extremist Palestinian textbooks (those of religious studies) and added the ultra-religious Haredi textbooks that are not subjected to the Israeli Ministry of Education’s supervision, just to “show” that the two parties are evenly extremist. They also omitted from the list of the study categories the one dealing with peace education (because such items appeared in the Israeli textbooks only). And there were other serious faults in that study I referred to at that time.

In the following chart in a mathematics textbook that presents the numbers of Palestinians in various areas in the world in 2015, according to the Palestinian Statistics Center, the Palestinian citizens of Israel are classified as living “inside the territories occupied in 1948” (the second pink line):

I think that one must not be naïve and talk about the Palestinians’ right to act against the occupation so long as they mean the territory “from the river to the sea”. Accordingly, one should not justify the hatred and violence expressions against Israel and the Jews that are found in their schoolbooks in the pretext of “the occupation”, as done by Dr. David. 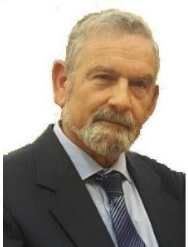 Dr. Arnon Groiss is an expert on Middle Eastern affairs, having earned his Ph.D. degree from Princeton University’s Department of Near Eastern Studies. He is also a retired journalist, having worked for close to 40 years at the Voice of Israel – Arabic Radio, where he acquired additional experience in this field. Since 2000 he has been studying the attitude to the “other” and to peace in various Middle Eastern curricula, particularly the Palestinian one, and authored numerous reports dealing with this issue, having examined over a thousand schoolbooks and teachers’ guides. Dr. Groiss presented his findings to policy makers at the United Nations, the US Congress, the European Parliament, the British House of Commons, the French Assemblée nationale, the German Bundestag, the Canadian and Swedish parliaments and the Israeli Knesset, as well as to people of the press and in various research institutions.