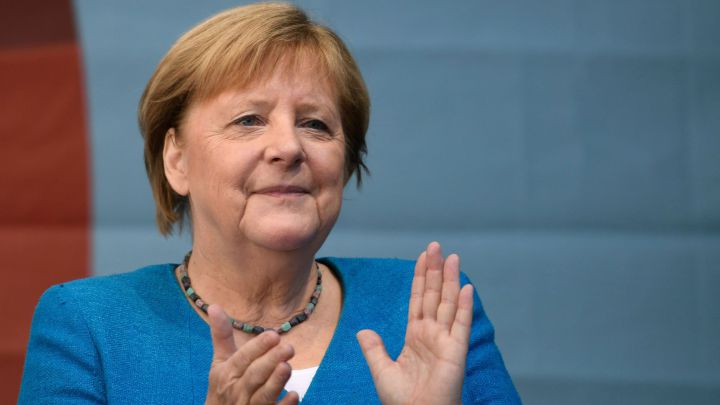 As the Palestinian news portal WAFA announced on September 15, Germany recently agreed to support the Palestinian Authority with 100 million euros, which will be paid out over the next two years.1

Neither the German representative office in Ramallah nor the Federal Foreign Office nor the BMZ have so far published a report regarding this payout on their websites.

Aid within the framework of German development cooperation is characterized by insufficient transparency. For years, German tax money has been allocated to worldwide projects and human aid without any monitoring.

The disbursements of aid funds and the Palestinian territories have been extremely problematic for years. Among other things, the so-called terror rents are made possible and terrorist organizations are co-financed.

“Die WELT” published an analysis by two journalists who clarified the paradox of public information and internal procedures of German development cooperation. The financing of the parties was as high and at the same time as non-transparent as never before, three years prior.2

The foreign policy work of the foundations and NGOs was mainly made possible by the Federal Foreign Office (AA) and the Federal Ministry for Economic Cooperation (BMZ).

Political foundations that reflect the values and orientations of the respective parties that are represented in the Bundestag. According to the self-alignment, they are independent and only party- affiliated.

However, the foundations receive funds according to the representation (seat) in the Bundestag. In doing so, they intervene in foreign policy events in the interests of the German Federal Government more than the missions abroad do.3

It is not uncommon for the international offices of the foundations to have problematic connections. They cooperate with organizations whose employees are either contacts or even members of EU- designated terrorist organizations, such as the PFLP.

For example, the Friedrich Ebert Foundation (FES) cooperates with the Willy Brandt Center4 in Jerusalem. In April 2019, the then coordinator described the role of the Jusos as mediators between Israelis and Palestinians with joint projects with Fatah5, among others. In November 2020, the Jusos submitted an application entitled “Our vision for the Willy Brandt Center Jerusalem”6,, in which they declared their solidarity with the Fatah youth.7

In the summer of 2021, meetings were held for cooperation talks between Raed Debiy, the international Fatah youth leader, and the Friedrich Ebert Foundation. On June 6th he met with Rasmus Brandt, the FES program manager, and on July 2nd with the director of the Friedrich-Ebert-Stiftung Palestine in Balata-Camp.8

Furthermore, the FES has a cooperation with The Advocacy Center for Arab Citizens, which works with Adalah.9

At the beginning of November 2020, Raed Debyi also met with Steven Höfner, the head of the Konrad- Adenauer-Stiftung’s international office in Ramallah, for talks.

The program manager of the Rosa Luxemburg Foundation Palestine, Issa Rabadi, is a former employee of the BADIL organization.10 In addition, there is a permanent cooperation between RLS and BADIL.11

BADIL did not sign the EU’s anti-terrorism clause in summer 2020.12

The Rosa-Luxemburg-Stiftung cooperates with the UAWC, which is listed as the “agricultural arm” of the PFLP.

UAWC employees were responsible for the terrorist attack near Jerusalem on August 23, 2019, in which Rina Schnerb was murdered.

The Heinrich Böll Foundation (HBS) is financed by the BMZ and has a cooperation with Addammeer, which in turn has a close connection to the PFLP. At the beginning of October 2019, the HBS published a statement14 on this cooperation after the journalist Antje Schippmann reported on it in BILD.15

Accordingly, this connection has existed since 2012.

The publicist Alex Feuerherdt also reported on the cooperation between the HBS and Addameer and its links with PFLP.

In addition to the political foundations, German NGOs also have problematic connections.16

According to its own information, Medico International (MI) carries out active projects with UAWC and Adalah, among others, and received project-based funds of EUR 2.3 million in 2019.17

The “Defense of Palestinian Land Rights in the Jordan Valley” project was funded by the Foreign Office, although the duration of the project was not known. MI also lists the BMZ as the main funder for projects in Israel, the West Bank and Gaza.

MI also has numerous projects with the Palestinian Medical Aid Society (PMRS), another NGO with a direct PFLP affiliation.

Adalah states on its website that it has received donations from the German NGO “Bread for the World”.18

The “Bread for the World” website does not disclose any current information about it.

Despite considerable grievances within UNRWA, Germany has continuously increased its aid contributions to the Palestinian Relief Organization in recent years.

Germany has been the largest UNRWA donor for two years and has carried out projects with NGOs in refugee camps in which members of Hamas, PFLP and Islamic Jihad operate.19 A current report from UNRWA Monitor breaks down current projects at UNRWA as well as the funding channels of the German federal government in a report.20

During Angela Merkel’s term in office, the German government was not only critical and ambivalent towards Israel and the Jews in its foreign policy, but also in domestic politics.