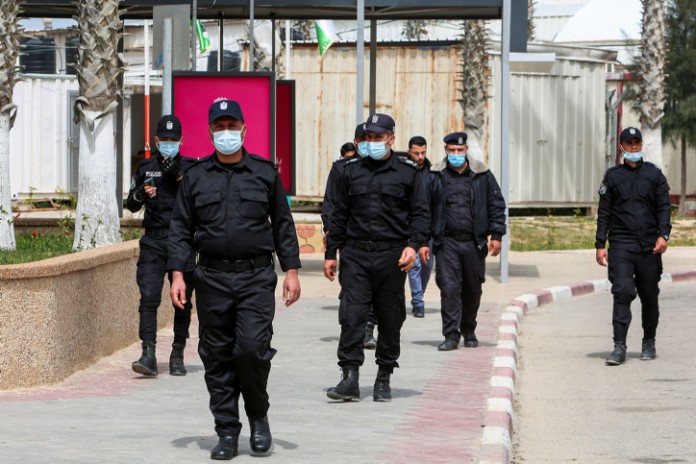 The Ad Kan group, dedicated to exposing NGOs and countries that labor to alter Israel’s identity and values, as well as the activities of the Palestinian Authority and the European Union in Area C, on Thursday revealed the deep intrusion of the PA intelligence service into Israel’s Defense Ministry’s Civil Administration in Judea and Samaria.

This week, the PA’s preventive security forces once again arrested Nidal al-Atari, a Palestinian Authority citizen who serves as the lands inspector in the Israeli Civil Administration. Al-Atari was interrogated and remains in custody. During his previous detention, he was kept in jail for more than half a year.
Al-Atari stored confidential files in his home

Ad Kan revealed that al-Atari stored in his home, in violation of protocol, a large number of confidential files with transaction details of Jewish real estate purchases from Arabs in Judea and Samaria.

During his interrogation, al-Atari needed medical treatment and was hospitalized for a while in a hospital in Shechem while remaining under arrest. It should be noted that al-Atari is one of the most senior Palestinian employees of the Israeli Civil Administration in Judea and Samaria.

The issue of his arrest was discussed at length in Israel’s State Comptroller’s report from the summer of 2020, in which an entire segment was dedicated to al-Atari’s arrest, which referenced the Shin Bet’s warning that employing a Palestinian without security clearance in such a sensitive position could result in leaked confidential and sensitive information from the Defense Ministry to the Palestinian security services.

To remind you: the law in the Palestinian Authority prohibits the sale of land to Jews, on penalty of death. With that in mind, the State Comptroller was understandably critical of the Civil Administration’s poor handling of the al-Atari incident.

Arabs have been tortured by the PA due to the leaks

Al-Atari’s job is to approve real estate transactions in Judea and Samaria, which means that he was in an excellent position to report those transactions to Palestinian security officials so that they could thwart them.

Channel 13’s Zvi Yehezkeli ran an extensive report a few months ago about the creeping PA control over Israeli official operations in Judea and Samaria. The report featured testimonies of people who had been severely tortured because of the leaks by al-Atari and his associates. Needless to say, the report was ignored by the Civil Administration, which has been affiliated with Israel’s most left-wing, anti-settlements sector of Israeli politics.

The PA controls additional Arabs within the Civil Administration

It should be noted that in addition to al-Atari, there are other Palestinian employees in similar positions in the Civil Administration, who are controlled by the PA’s security organizations.