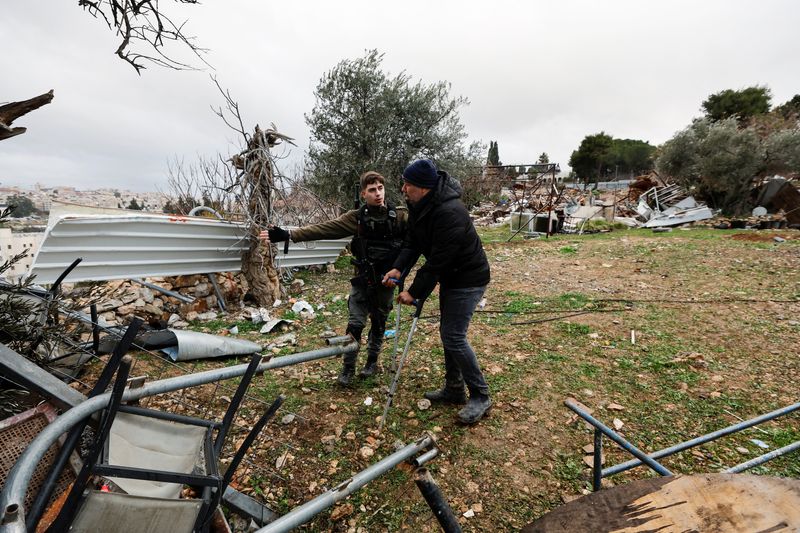 (Communicated by the Israel Police and the Jerusalem Municipality)

This morning (Wednesday, 19 January 2022), the Israel Police has been carrying out an eviction order of illegal buildings built on grounds designated for a school for children with special needs from eastern Jerusalem.

The evacuation of the area has been approved by all the courts, including the Jerusalem District Court. Since the evacuation order was issued in 2017, members of the family living in the illegal buildings were given countless opportunities to hand over the land with consent, but unfortunately they refused to do so, even after meetings and repeated dialog attempts by the Jerusalem municipality.

The evacuation began on Sunday (16 January 2022) and continued in the early hours of the morning (Wednesday, 19 January 2022). A number of people were arrested for questioning on suspicion of violating a court order, violent fortification and disturbing public order.

These illegal buildings had been preventing the construction of a school which can benefit the children of the entire Sheikh Jarrah community.

The family’s illegal takeover of public space prevented hundreds of children with special needs from eastern Jerusalem from receiving a educational service that the municipality seeks to provide.

Attached for your use:

– Documentation of the activity.

Link to the Jerusalem Municipality website, with information about the education campus that is planned to be built on the site and will benefit the Sheikh Jarrah residents and their children:

Center for Near East Policy Research
435 POSTS0 COMMENTS
© A WEBstationONE.com production, partially funded by the Internet Development Fund and the IDF Link technology. © 2003-2020 All rights reserved. Articles and Special Reports on IsraelBehindTheNews.com are copyrighted. Every reader is welcome to reprint any and all articles, and with citation.
MORE STORIES