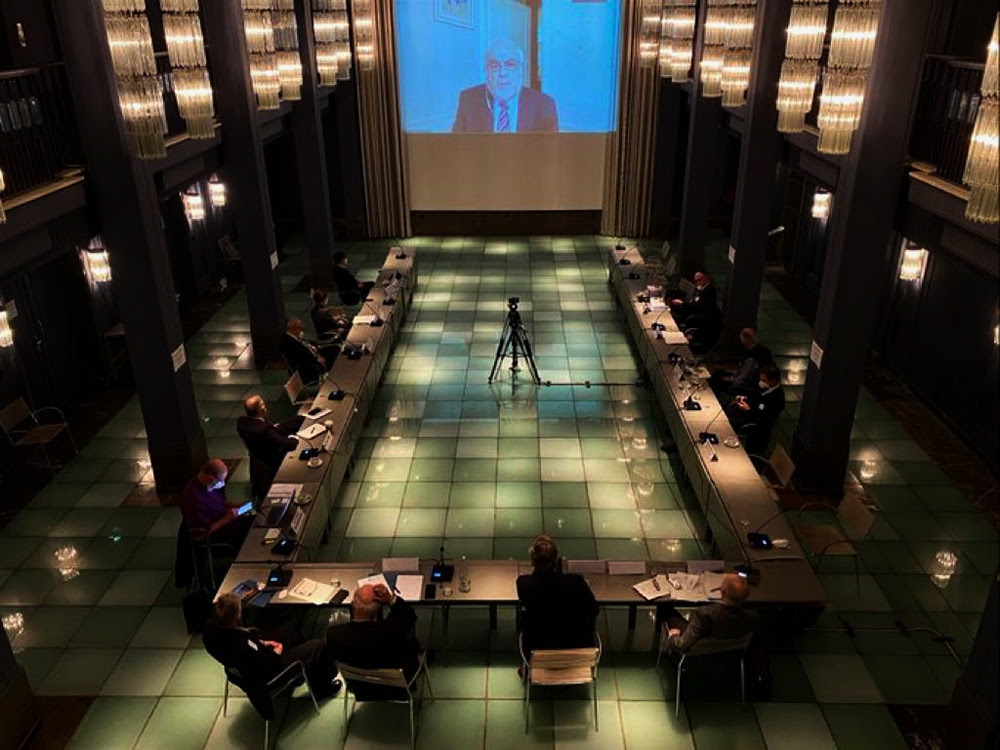 Senior faith leaders from around the world, including Simon Wiesenthal Center Associate Dean and Global Social Action Director, Rabbi Abraham Cooper (pictured on screen), gathered to address the rise of anti-Semitism in Berlin today, on the eve of the 80th anniversary of the Wannsee Conference. It was in Wannsee, just outside of Berlin, eighty years ago, where 15 senior Nazi and German government officials came together to plan and coordinate the implementation of the “Final Solution to the Jewish Question” which led to the end of European Jewry.

Rabbi Cooper stated, in part, “Never Again! For Jewish people—there was no state of Israel in the 1930s and 1940s. We will support a strong Jewish state, without apologies, strong enough to defend itself from genocide seekers, wise enough to build a future based on the Jewish people’s values.

“Never Again! For Germans- First and foremost—Do no harm to Jewish people. Domestically, there must be accountability for all perpetrators of anti-Semitism. Compiling incidents alone will not stop the hate or the Jew-haters. Accountability also means accountability.”

View the conference here – Rabbi Cooper’s remarks can be seen at 3:40