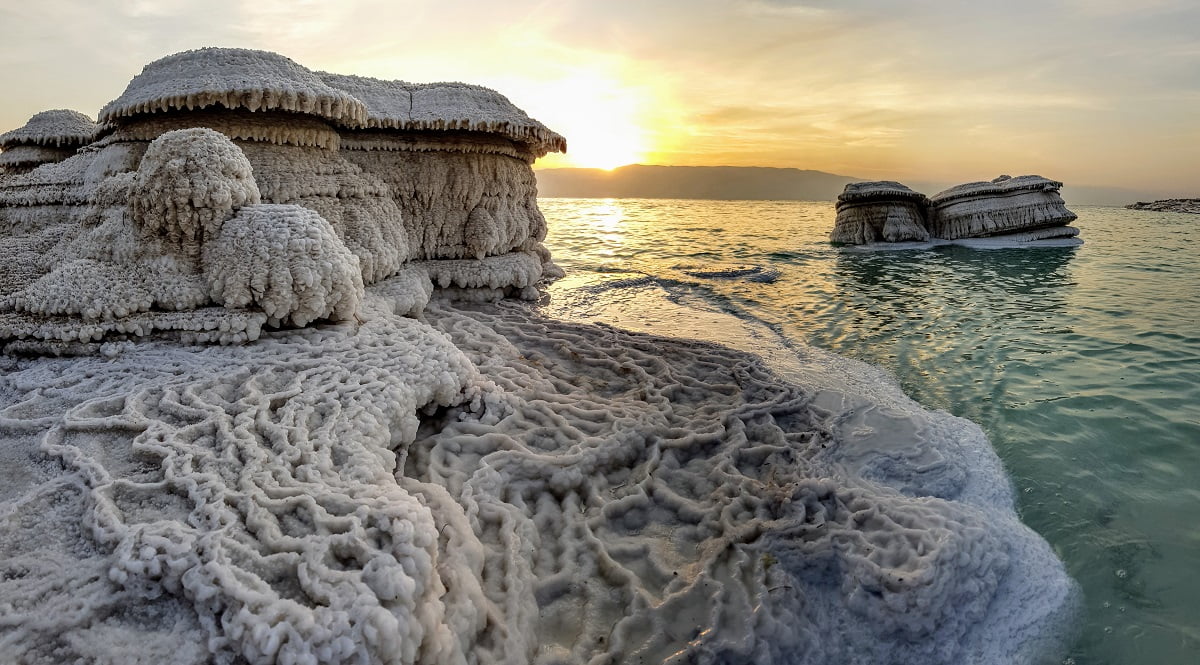 The Dead Sea Museum, a physical art museum planned to be built in the city of Arad, has launched its first NFT collection of Dead Sea photographs by environmental – art activist Noam Bedein, founder of the Dead Sea Revival Project.

The collection of 100 selected images, dubbed Genesis NFT, highlights the disappearing beauty of the Dead Sea in order to raise environmental awareness for the world wonder, a statement from the museum said.

Bedein is the first to document the Dead Sea World Heritage Site solely by boat and has a database of over 25,000 photographs from the past six years, showing fascinating hidden layers exposed at the lowest point on Earth, and revealed due to the drop in sea level, which is currently at its lowest level in recorded history.

The auction will start on March 22nd, which is World Water Day, the annual observance established by the United Nations that highlights the importance of freshwater and advocates for its sustainable management. It will end on April 22, which is Earth Day. All proceeds from the sale will be used for the museum planning and for legal and legislative efforts to restore water to the Dead Sea.

“We need to find creative ways to make an environmental impact for the Dead Sea, especially for World Water Day, by using everything that is new and advanced in the world, such as the popularity of engaging NFTs & the Metaverse. By providing ownership of a vanishing Dead Sea time capsule I hope to harness the responsibility of others to share and contribute to a practical positive environmental impact. With the help of the NFT, the digital art asset of the Dead Sea will directly contribute to the cultural preservation of the Dead Sea for generations to come and take part in the creation of the Dead Sea Museum of Art,” Bedein tells NoCamels.

Bedein’s Dead Sea Revival Project (DRSP) is the only non-profit NGO focused solely on promoting the Dead Sea cause. It has been recognized by NASA and academic sci-tech institutions in Israel and the US for its educational and activism work. The DSRP was featured in magazines such as National Geographic and on news programs from around the world.

Ari Leon Fruchter, a US-born social entrepreneur who first brought renowned US photographer Spencer Tunick to Israel, set out to build a Dead Sea Museum in Arad in 2019 as part of a quest to both preserve the area and give back to a city that had made an impact on his life since it was his home in a World Union of Jewish Students (WUJS) program in 1997.

The city of Arad is just 16 miles from the Dead Sea, and Fruchter wanted to make it a base for visitors on the way to the natural wonder. He also wants to raise awareness about the proliferation of Dead Sea sinkholes. The area has continued to suffer as freshwater dissolves underground layers of salt deposits causing the ground above it to collapse.

Preservation of the Dea Sea is important because “it holds a wealth of resources that help people and the planet, and it is deeply rooted in the vast history of this land and the people of Israel,” Fruchter explains.

The collection of photographs on US-based NFT marketplace OpenSea can be found here.