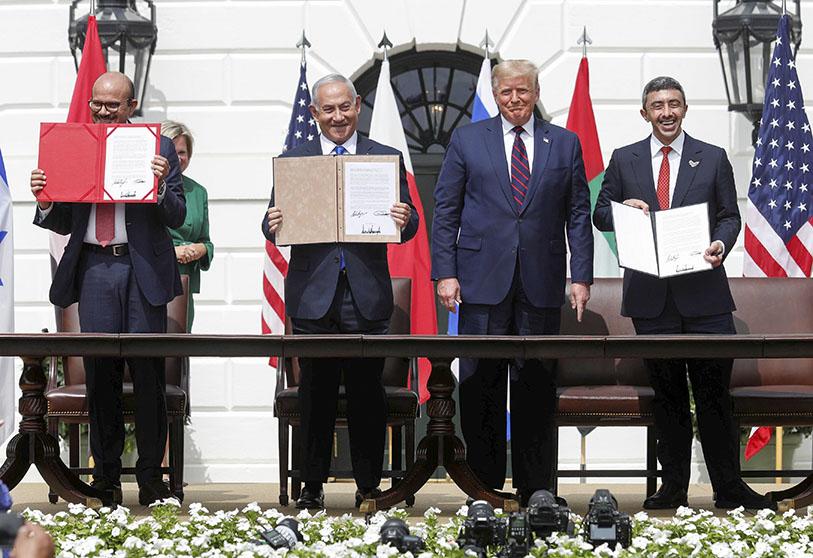 While the US is colluding with Russia and Iran, he pretends to care about the Ukrainian people and the citizens of Abraham Accord countries in the name of justice and humanitarianism.

He pretends to care about the Abraham Accord signatories, when it is clear that the US has not responded to any of the attacks on American bases/assets in Iraq –in the name of getting an Iran deal, at any cost, inc. 90 billion$ in sanctions relief and a clear path to ICBM’s, regional and international terrorism, and to nuclear weapons.

He pretends to care about Israel, citing iron Dome expenditures while raising false issues of almost completely negligible episodes of Israel wrongdoing as if they are real, thus condemning Jews and raising the profile of the violent acts and propaganda of the Arabs.

For example, re- Jewish -owned property, the courts have ruled with full regard to the unbiased law- owners deserve rent payments and deserve to take possession of their property.

Arab residents of Area C and B and the Negev and the North who have been expanding their often-unreported [for political reasons] confiscation efforts daily are not entitled to special treatment because they are Arabs.

He gives impetus to the IS -related Israeli Arabs who -according to intelligence today- are planning bad incidents for Ramadan, completely influenced by the PA-instigated and US-supported daily propaganda in their media currently.

I understand that funds to the PA are being held in escrow because of use to finance terrorism and to award terror families. Why does he misrepresent the funds as if they are being given to the PA?

With all due respect, Mr. Blinken sounded like a school principal giving out credits after a dreadful performance, while -as if-slapping-innocent-children on the wrist. I am reminded of Huck and Jim realizing the tricks that the ‘King’ and ‘Duke’ are playing on innocent Mississippi River border towns..

We are aware of the pretending that he and the Obama-Biden staff are playing. The honorable Bennett, Gantz, and Lapid may be pretending to be little lambs following Mary, but we, most of the citizens of Israel, are not willing to be sacrificial lambs and do not intend to stay silent about the realities and the really dangerous game that is being played at our expense.