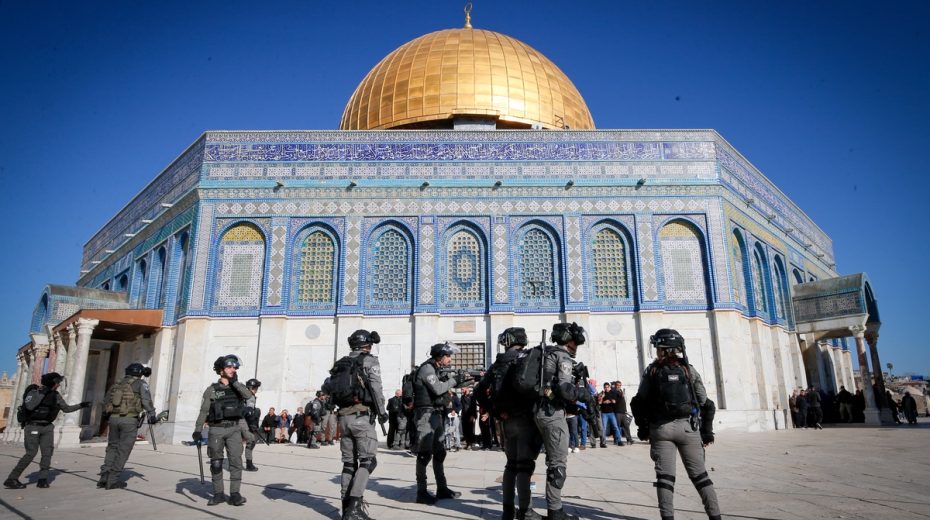 The world instinctively blamed Israel for the violence at the Temple Mount this past weekend, ignoring almost entirely the facts of the events as they unfolded and Israel’s stated and demonstrated commitment to maintaining the status quo.

It was no surprise that Muslim nations were among the loudest to condemn Israel, though it was a bit disconcerting to find our new Abraham Accords allies among them. But that same day the United Arab Emirates also agreed to take part in Israel’s upcoming Independence Day celebrations, showing that we can disagree and still remain friends.

The most shocking reaction to the Temple Mount flare-up came from one of Israel’s oldest peace partners in the Middle East, neighboring Jordan.

Jordanian Prime Minister Bisher Khasawneh went so far as to openly praise the Palestinian Muslims who had engaged in violence against Israeli police and civilians.

“I salute every Palestinian, and all the employees of the Jordanian Islamic Waqf, who proudly stand like minarets, hurling their stones in a volley of clay at the Zionist sympathizers defiling the Al-Aqsa Mosque under the protection of the Israeli occupation government,” Khasawneh told the Jordanian parliament.

Israel Prime Minister Naftali Bennett called this incitement, though refrained from pointing a finger directly at Jordan or Khasawneh.

In a short video clip posted online, Bennett slammed those who “accuse Israel of the violence directed against us…those who are encouraging rock-throwing and the use of violence against the citizens of the State of Israel.”

“This is unacceptable to us,” he added. “This is a reward for the inciters, especially Hamas, who are trying to ignite violence in Jerusalem. We will not allow this to happen.”

Bennett stressed that Israel is committed to security and freedom of worship for all local residents, Muslims included, all of whom are harmed by the actions of the rioters.

And that was the point Deputy Mayor of Jerusalem Fleur Hassan-Nahoum had to reinforce when she was interviewed by a BBC journalist who had simply copy-pasted Hamas accusations as his talking points.

Suggesting that the Israeli police action had been entirely arbitrary, the BBC anchor asked: “Why did Israeli police storm the Aqsa compound at a sensitive time, during Friday prayers, during Ramadan?”

Hassan-Nahoum was having none of it: “Actually, the question is why did rioters come early in the morning with stones and fireworks and start throwing stones from the Temple Mount, from Haram al-Sharif, to the Wailing Wall? They showed up this morning to cause trouble.”

Hassan-Nahoum echoed Bennett in stating that the action of the Israeli police was aimed at restoring calm so that the majority of Muslims who arrived to the Temple Mount could enjoy Ramadan.

“Israel protects freedom of worship above anything else and that’s why we needed to get rid of the troublemakers so that the rest of the peaceful Muslim pilgrims could come and pray as they normally do every single Friday,” she stressed.

And that’s just what the rest of the Muslims did, unmolested by Israeli police, once the rioters had been forcibly ejected.

That wasn’t good enough for the BBC anchor, who persisted in his assertion that Israel’s actions had been disproportionate and provocative.

And that’s when Hassan-Nahoum sounded like she’d had enough and sought to set the record straight:

“Let me tell you something. I am the head of tourism for the city of Jerusalem, and I consider Haram al-Sharif holy to Jews and holy to Muslims. And we are so sensitive [to Muslim concerns] that by Israeli law Jews aren’t allowed to go and pray at Haram al-Sharif. There is freedom of worship for everybody in this city except for Jews who want to pray on the Temple Mount. That’s how sensitive we are.”