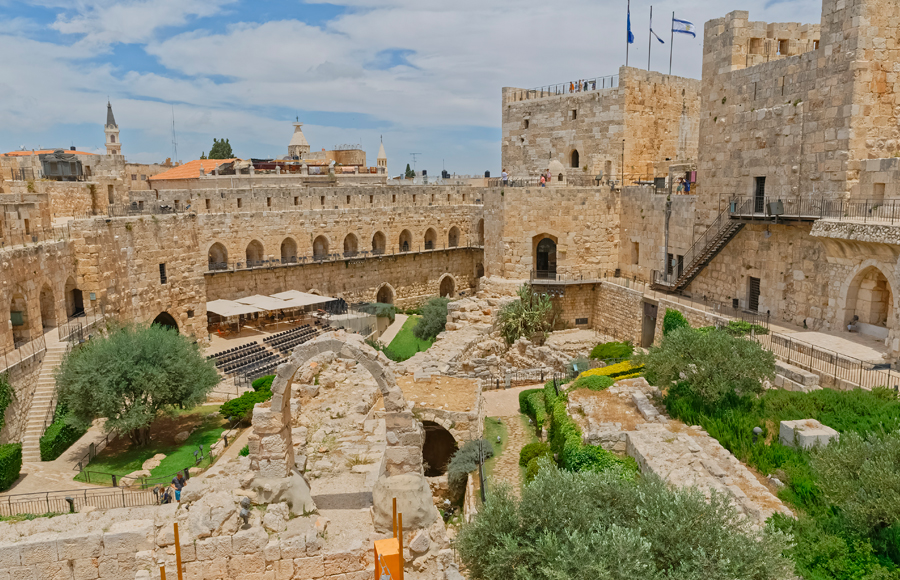 Quote: “The future is an unknown but a somewhat predictable unknown. To look to the future, we must first look back upon the past. That is where the seeds of the future were planted.” (Albert Einstein)

All politicians, so-called experts and commentators, media mavens, religious and lay spokespersons as well as politically left of field voters should be made to read and internalize this observation by Albert Einstein.

Every time, without fail, that violence and terror rear their ugly heads there is an outburst of incredulous naivety and outright hypocrisy following Israel’s response to protect its citizens. Despite all available evidence, the Israel bashers unite in a chorus of condemnatory self-righteousness, which is nauseating.

Anyone, other than someone totally detached from reality, (and there are plenty of them), would have predicted the violence during Ramadan this year. One did not have to be any genius with prophetical faculties to foretell exactly the way that our “peace partners” would behave.

It is therefore with a sense of immense incredulity that we listen to those who should have known better express shock and surprise at the sequence of events as they unfolded this Passover, Easter and Ramadan period.

Let’s be clear and unambiguous right from the outset.

The mayhem initiated and sponsored by the usual suspects follows a well-worn script dating back to the early 20th century and has absolutely nothing to do with “occupation,” colonialism, apartheid or settlements. It has everything to do with an agenda that encompasses a denial of Jewish historical and legal rights to sovereignty and an Islamic version of religious tolerance which cannot tolerate Jews worshipping at their holy sites, denying in effect that these places have anything to do with Jews and uses jihadist violence to enforce its demands.

The amazing reality is that the responses to this behaviour also follow a well-worn script whereby instead of clearly exposing the warped thinking and actions of the perpetrators and firmly dealing with them the exact opposite takes place. The initial victims of murder and mayhem are expected to roll over and beg for understanding. Apologising for “original sins” is another favourite tactic by appeasers and turning the other cheek in the face of hate is advocated even though none of these pathetic responses has ever achieved a successful outcome.

Our past history should have taught us by now that weakness and meekness merely encourage bullies and terrorists. We should also have internalized the fact that the rest of the world loves dead Jews but hates Jews who fight back. Yet despite bitter experiences, we continue to face the wrath of the international community, the hypocrisy and double standards of friends and foes alike and the unquenched hostility of large parts of the Islamic world.

Yes – we have garnered some sort of tolerant understanding in certain places but the overwhelming denial in the Islamic world of Jewish authenticity in its own land is still the prevailing mantra.

A quick glance at current reactions to the ongoing Ramadan riots will illustrate that its business as usual as far as all the above scenarios are concerned.

Unreported in most cases was the hoarding of rocks and other lethal material in the Al Aqsa Mosque which the rioting mobs used to assault Jewish worshippers on the Temple Mount and at the Kotel below. The denial of freedom of worship by Jews at Judaism’s holiest site lies at the core of the situation. True to form and indicative of their extreme left thinking and secular views, politicians from Meretz (a coalition partner) and NGOs such as Peace Now as well as the Arab party (also a coalition partner), all chimed in claiming that Jews should not provoke the Muslims by exercising their right to worship. It’s almost unbelievable that self-loathers and those detached from their religious traditions should make common cause with Islamic extremists but that is the sad situation we face these days.

At no stage have the Israeli authorities banned worship for Muslims in the Mosque. They have however confiscated the amassed projectiles and arrested the instigators of terror. On the other hand, these same rioters attempt to prevent Jews from praying on Judaism’s holiest site which according to Abbas and PA/Hamas inspired lies never existed.

Given the known facts and cognizant of the same past incitements, one would imagine that the rest of the international community would see through the deliberate deceptions and react accordingly. No such luck of course because the knee jerk response has once again been totally oblivious to the truth.

Led by the liar in chief in Ramallah and with a supporting cast of UN hypocrites enthusiastically cheered on by a motley assortment of Jewish self flagellators the condemnations of Israel and Jews rained down from near and far. The monarch and PM of the Palestinian Arab majority nation of Jordan who self righteously tout themselves as the guardians of Islamic holy sites in Jerusalem, pontificated about the evil deeds being carried out by Israel. The irony of this garbage issuing forth from the leader of a country which illegally occupied half the city from 1948 to 1967 and banned Jews from praying at the Kotel, ethnically cleansed Jews and destroyed the Mount of Olives Cemetery was entirely lost by all concerned. There are still some innocent souls who believe that by keeping shtum we can gain the love and adoration of Abdullah. Obviously, the fact that he has thrown in his lot with the disseminators of slanderous mistruths escapes their capacity to discern reality.

What is equally appalling is the US Secretary of State praising Jordan’s role as “guardian of the Temple Mount.” We should by now be used to the inanities issuing forth from Washington but this latest inversion of the truth points to which way the noxious winds are blowing from an Administration that no longer can be relied on to confront terror-sponsoring nations.

Also joining the lynch mob are such democratic champions of human rights as Russia and Turkey and of course the usual collection of UN members. Astounding, but unsurprisingly, when PA inspired mobs attacked and burned Joseph’s Tomb, not once but twice, these same critics of Israel remained mute. Not a peep from the Vatican was heard nor any sound of fury issued forth from the usual suspects, whether Jewish or not. Contrast this with the barrage of denunciations when Jews try to pray at places that existed before either Christianity or Islam ever existed.

Amidst all this display of venomous vitriol, there has been a moment of cynical merriment.

At the so-called Seder hosted by the non-Jewish American Vice-President and the Jewish “second gentleman” where all the politically correct buttons were pressed it transpires that the wine served there was produced at a winery in Samaria. The delicious irony of those present drinking the fruit of the vine grown and bottled in territory which has been part of the Jewish homeland for millennia elicited hilarious mirth on the part of those of us living here and screams of utter outrage from all the boycotters on the left.

There is one mystery still to be solved.

Did the participants drink this wine while intoning “next year in occupied Jerusalem” or did they, like the Disney Channel erase our Capital and replace it with “next year in the Holy Land?”

“Success is the ability to go from one failure to another with no less of enthusiasm.”