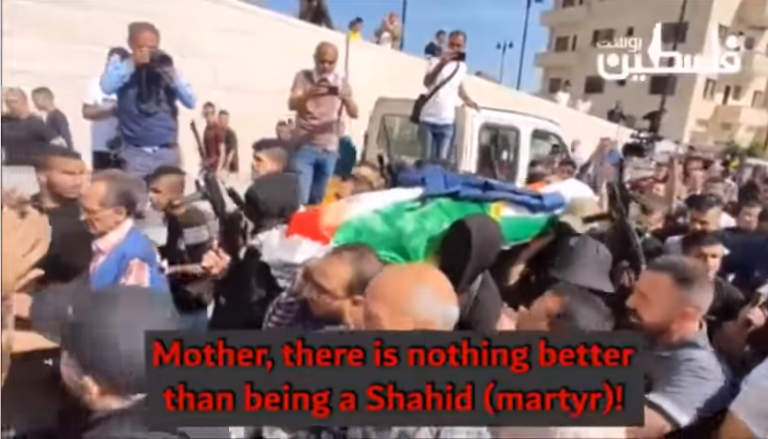 INCITEMENT DURING FUNERAL MARCH OF AL-JAZEERA JOURNALIST
Here are some messages from the funeral march of Shireen Abu Aqla, likely killed by gun fire of an Arab terrorist although IDF is immediately blamed.
Pseudo mourners carry assault weapons.
– there is nothing better than being a shahid (martyr)
– answer me rifle
– terrorist attacks and kidnapping soldiers
– how good it is to murder Jews
– millions of martyrs are marching for al-Aqsa
– revenge, revenge!
– we will reach Tel Aviv and leave her under fire
The teaching of hatred (thanks UNRWA), brain-washing and manipulation of Arab masses has been a success.