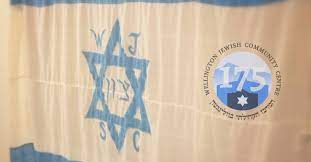 Whichever adjective you may like to choose, either one more than adequately describes this week’s overdose of Israel’s obsessive behaviour by fickle friends and declared haters alike.

Actually, dealing with those who display their visceral dislike openly is much easier than trying to decode false expressions of solidarity because the former makes no secret of their animosity while the latter hide their true agenda under a façade of florid rhetoric and political doublespeak.

Sixty-five years ago (a previous millennium) a NZ political leader addressed a communal gathering in Wellington which provided a perfect example of how this works in practice.

At a meeting in the Wellington Jewish Social Club, Walter Nash, then Leader of the Labour Opposition and soon to become Prime Minister, was the featured guest speaker. This gathering took place after the 1956 Suez War which had itself been preceded by several years of terrorist activities from Sinai and also Jordan. Israeli ships were denied passage through the Suez Canal and Egypt had blockaded the approaches to Eilat. All these facts were well known to the UN which had done nothing to address the blatant nefarious ambitions of the Egyptian regime to destroy the then young Jewish State.

One would have thought that a future NZ Prime Minister might have displayed an understanding of the situation and expressed solidarity with a struggling democratic UN member in its struggle against Soviet aided state terrorism. He first praised the Jewish contribution to New Zealand society and thus no doubt managed to lull the audience into a sense of enthusiastic gratitude. This was followed by a denunciation of the action taken by Israel to defeat terror acts against its citizens and its perfectly legal steps to thwart those who plotted to eliminate it. The clincher was his belief that Israel should put its trust and future in the hands of the United Nations. In retrospect, this laid the foundation for future NZ Government attitudes and policies.

Nash’s predecessor as leader of the Labour Party and wartime PM, Peter Fraser, had been an unabashed supporter of the Zionist cause and as it subsequently turned out was the last NZ PM to openly declare his belief in the right of the Jewish People to reclaim full sovereignty in their ancestral homeland.

The next encounter with a befuddled politician took place several years later in the early 1970s. As a junior member of a delegation composed of NZ Jewish communal stalwarts from Auckland and Wellington (and most probably the only one still alive today), I fronted up at Parliament in Wellington for a meeting with the then Minister of External Affairs. Our object was to have a mutual exchange of views in the aftermath of the 6 Day War and try to somehow clarify certain erroneous views being trotted forth. It rapidly became painfully obvious that the Minister had not the faintest idea of either historical facts or the realities of the situation.

It was all downhill after that and needless to say from that time until today, New Zealand’s totally ill-informed policies continued unabated. Spouting the nonsensical mantra at every opportunity of an illusory democratic Palestinian State planted right in the midst of territory guaranteed by international agreement to be part and parcel of Jewish settlement is perfectly attuned to the current UN plan for Israel’s abolition. The sad reality is that no matter how many facts are put forward neither of the main NZ political parties has the slightest interest in breaking out of their misinformed tunnel vision.

This is borne out by the former Israeli UN Ambassador who has just published his book detailing his time and experiences at that organization. In the 13 May edition of the Jerusalem Post an article appeared which discussed aspects of his book and what caught my attention was an excerpt about New Zealand. As most people know, the notorious UN Resolution 2334 which denies the Jewish connection to Jerusalem (and other places where Jews have lived for millennia) was co-sponsored by NZ. Ironically this was initiated during a time when the country had a Jewish Prime Minister.

The relevant piece concerning New Zealand’s role in this shameful debacle reads as follows: “regarding this resolution it was apparent that the NZ Ambassador to the UN had no clue about the importance of Jerusalem to the Jewish People. Unfortunately this was not the first time I identified a desire of some countries to try to become relevant at Israel’s expense.”

Obviously, since the first encounter with the closed minds and ill-informed politicians of the 1950s right until today, nothing has changed as far as Israel is concerned. There may be marginally more trade deals, tourists from Israel have increased and today there is an Embassy but unfortunately, the negative and outdated policies remain alive and well. There is no NZ Embassy based in Israel and there is not likely ever to be one, for some inexplicable reason the so-called Hamas “political” wing is still not designated as a terror-supporting group and on every occasion that the UN condemns Israel you can be assured that NZ votes either in favour or abstains. In addition, there is a refusal to endorse the IHRA definition of Jew-hatred which is another scandal altogether.

The UK Home Secretary stated the other day: “outlawing the so-called military and political wings of Hamas was a moral imperative because Hamas participates in, promotes and encourages terrorism and we can never tolerate extremism.”

It’s a pity that the same sort of moral clarity is not issuing forth from Wellington.

A “Salute to Israel Parade” has just taken place in New York and among the thousands of participants were a few representatives of UN countries. Unsurprisingly, Australia was one of those who showed solidarity and once again New Zealand was conspicuously absent.

There are many good people who are trying to instil a more evenly balanced policy into the thinking of current politicians. The task is not made easier by the rising tide of mutating hate which nowadays casts Israel as an illegitimate creation and one which needs to be expelled from the family of nations.

We have all seen in the recent past where delegitimization leads, especially when ostensible liberal democracies refuse to tackle lies and threats head-on.

Chanting “never again” once a year is no longer an option and neither is remaining neutral in the face of blatant lies and incitement.

The need to counter in a forceful and if necessary, undiplomatic manner all those now facilitating revisionist and delegitimizing narratives is urgent.