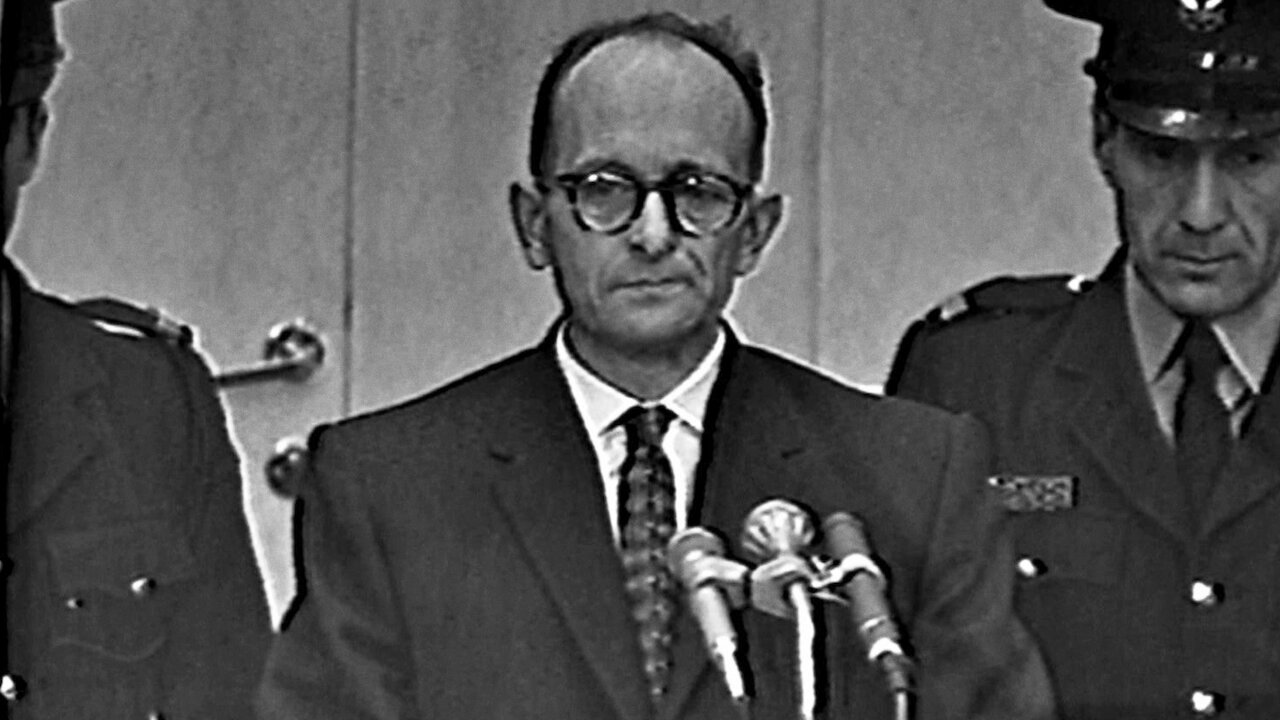 Sixty years ago, Adolf Eichmann was taken from his cell and sent to the gallows in Israel’s Ramle Prison. He had been tried, convicted and sentenced to death by the district court of Jerusalem. His sentence was upheld months later by the Supreme Court, which refused to hear additional evidence.
The trial, which lasted eight months, was greeted by disbelief in many circles in the West. They had regarded Eichmann as a mid-level SS officer, a desk man who probably never killed any Jew. His work was completely dependent on agents throughout Europe. They pointed out that Eichmann had been selected for prosecution while many of his superiors escaped the hangman’s noose.
One of the worst of Eichmann’s colleagues was Wilhelm Harster. Eichmann ended up a lieutenant colonel in the SS but Harster rose to the rank of general. For most of the war, his involvement in the Holocaust was more direct than Eichmann. Yet after World War II, Harster, convicted as a war criminal, was protected by Bonn and its new allies in NATO.
“A lieutenant general in the SS and Commander of the Security Police and SD first in the Netherlands and then in Italy, Harster was directly connected with the Holocaust in two countries,” Richard Breitman, a leading U.S. historian on the Holocaust, wrote.
Harster’s story highlights the vagaries of international justice and diplomacy. Unlike Eichmann, Harster was a German who served first under Weimar and then Hitler. Born in 1904, only two years before Eichmann, Harster graduated with a law degree from the University of Munich and served in the army and police. Soon after Hitler’s rise as chancellor, he joined the Nazi Party.

In November 1933, Harster enrolled in the SS. His career took off, first serving with the intelligence arm of the SS and Nazi Party, where he climbed up the ranks to gruppenfuhrer, or lieutenant general. Unlike Eichmann, Harster joined the German Army and served as a member of a machine gun company in 1940 during the occupation of Western Europe.
Harster’s experience as a police officer and SS intelligence specialist assured him plum assignments in the Final Solution. At the start of the occupation of The Netherlands in July 1940, he became the commander of the security police and SD. His job was to kill Jews and anybody else who stood in the way of Berlin.

Harster was in close contact with Eichmann but worked for Hans Rauter, the supreme SS leader in Netherlands. In August 1940, only weeks after his appointment, Harster established the Sonder-Referat Juden, or the “Special Department, Jews.” Its job was to find, persecute, starve and deport the Jews to their death. A leading facilitator was the Judenrat, the quisling council of Jews vital to Germany’s rapid extermination.
In one memo, Harster banned the publication and circulation of specific Jewish books, including “The History of the Jews in the Netherlands.” Those found with this and other books were to be severely punished if not executed.
“Violations of this decision are to be followed by measures by the security police,” Harster was quoted in a memo dated Nov. 8, 1941. “I request that you implement this decision. to put an end to violations thereof as soon as they come to your knowledge.”
Harster also played a leading role in the torture and killing of Jews and others in the Amersfoort camp, used for transit to Auschwitz and other death facilities. Until August 1943, he sent some 104,000 Jews to their death. One of them was Anne Frank, the teenager whose diary made her immortal.

When the lion’s share of the Jewish community was decimated, with even the Judenrat sent to Bergen-Belsen, Harster was reassigned to Italy. By this time, he had impressed SS chief Heinrich Himmler.
In Rome, Harster became commander of the SD, particularly the Bolzano camp, a stop for Jews on their way to Auschwitz. He was now a brigadefuhrer, or major general, in the SS and Gestapo. He served under Karl Wolff, the SS liaison to Hitler and supreme leader in Italy, a man vital to Himmler’s political survival.
Harster was captured by the British just after the war in 1945. He was extradited to stand trial in The Netherlands, and in 1949 was sentenced to 12 years for his role in the persecution and deportation of Jews in that country.
Four years later, Harster was set free. He was welcomed by West Germany and obtained a civil service job in Bavaria. But the Eichmann trial exposed his past, and in 1963, the German media reported that Harster was working for the regional government. He was eventually dismissed but allowed to keep his pension.
Virtually all of Harster’s aides, including those sentenced to death, were released by The Netherlands. They included Willy Lages, Harster’s deputy in Amsterdam, who directed and participated in the roundup and deportation of Dutch Jews. Rauter, Harster’s superior, an Austrian, was executed in 1949.

The Cold War was good to Harster. He was protected by Wolff, his former boss in Italy who escaped prosecution at Nuremberg and then worked for U.S. intelligence. Harster was known to have recommended his SS contacts to West German intelligence, which worked closely with the CIA. One of them was Heinz Felfe, who rose rapidly in the BND intelligence agency and was later identified as an agent of the Soviet Union.
In 1967, Harster was prosecuted in West Germany on charges of having sent thousands of Jews to their death in Auschwitz and Sobibor. He was sentenced to 15 years. Again, he was released — this time after two years. He had won a pardon from German Chancellor Kurt Georg Kiesinger, himself a former Nazi. After Harster’s conviction, he was stripped of his law degree.
By then, Eichmann was long dead. He had earned his capital sentence during his assignment in Hungary. In Budapest, Eichmann personally implemented Himmler’s orders to destroy the Jewish community and managed to deport some 500,000 in record time — about three months.
But had Eichmann been German rather than Austrian, had he worked for U.S. intelligence after the war, there is no doubt that he would have been protected as Harster and Wolff.
Unlike his colleagues, Harster lived to be an old man. He died in his bed in 1991 — another leading German killer who got away.