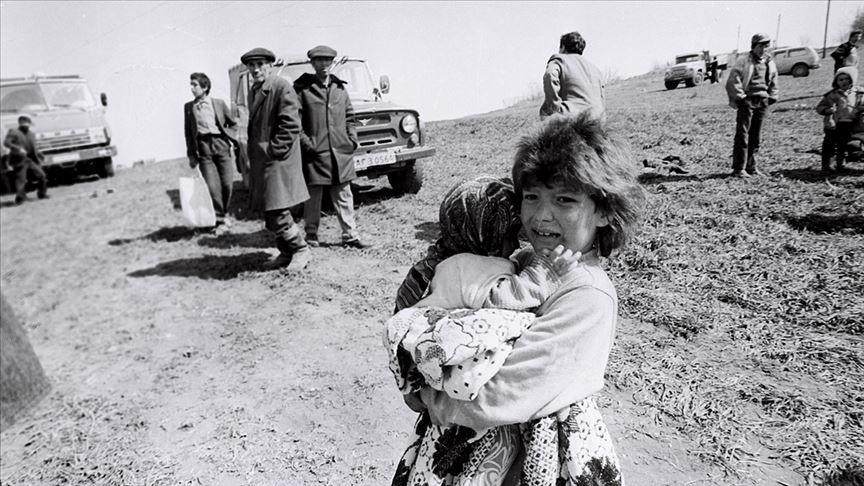 1. (a) In this Law, “genocide” means any of the following acts committed with intent to destroy, in whole or in part, a national, ethnical, racial or religious (hereinafter referred to as “group”), as such:

(b) In subsection (a), “child” means a person under eighteen years of age.

2. A person guilty of genocide shall be punishable with death; provided that if he committed the act constituting the offence under circumstances which, but for section 6, would exempt him from criminal responsibility or would be a reason for the offence, and he tried to the best of his ability to mitigate the consequences of the act, be shall be liable to imprisonment for a term of not less than ten years.

(b) The terms “conspiracy”, “incitement” and “attempt” in subsection (b) shall be construed with reference to the provisions of the Criminal Code Ordinance, 19361).

4. A person guilty of an offence under this Law shall be punished whether he is a legally responsible ruler, a member of a legislative body, a public official or a private individual.

5. A person who has committed outside Israel an act which is an offence under this Law may be prosecuted and punished in Israel as if he had committed the act in Israel.

7. The provisions of Part I of the Criminal Code Ordinance, 1936, shall apply to offences under this Law insofar as this Law does not otherwise provide.

8. Notwithstanding anything contained in any other Law, in considering the extradition of a person charged with, or convicted of, genocide or any of the acts enumerated in section 3(a), the plea that the offence with which such person is charged, or of which he has been convicted, is an offence of a political character shall not be entertained.

9. The Minister of Justice is charged with the implementation of this Law.

10. This Law, which is consequent upon the Convention on the Prevention and Punishment of Genocide (2) adopted by the United Nations General Assembly on the 7th Kislev, 5709 (9th December, 1948), signed on behalf of and, in accordance with a decision of the Knesset, ratified by the State of Israel – shall come into force on the date of its publication in Reshumot and shall remain in force whether or not the Convention comes into or remains in force.

CHAIM WEIZMANN President of the State

Jurisdiction: This law gives Israeli courts jurisdiction for genocide committed outside Israel in the same way as if the crime were committed within Israel.