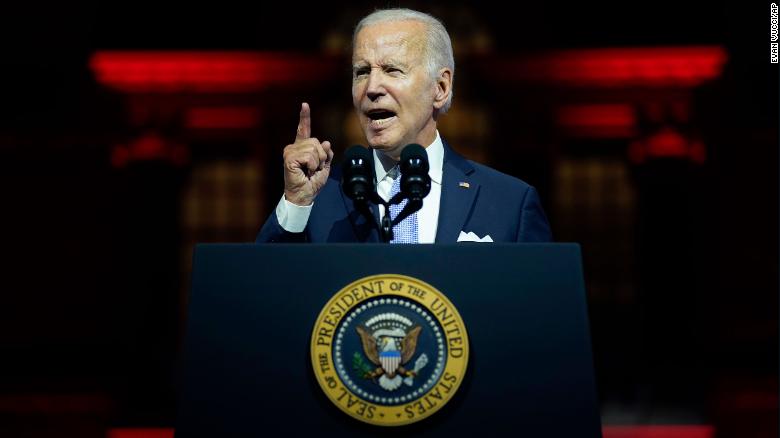 Pick one of these definitions, and you will have a perfect explanation of current developments.

“Attempt to guard yourself from a bad situation or from being criticised.”

“Attempt to avoid the fallout from some negative outcome or encounter.”

Those of us who have been “round the block” a few times will recognise the classic symptoms of political blame avoidance which sees our elected representatives heading for the hills every time the chickens come home to roost, and something nasty is about to hit the fan.

The perfect example of this phenomenon took place last week when the Israeli Prime Minister attempted to raise Joe Biden on the ‘phone to tackle him about the rapidly developing sell-out to Iran being cooked up behind the scenes. In a crystal clear demonstration of the “special relationship” endlessly touted by the US Administration and our own eternally hallucinated “progressives”, nobody answered the call because, in the words of a spokesperson “, Biden is on holiday.” Apparently, he was riding his bike somewhere and thus unable to take an urgent call from his supposedly closest Middle East ally.

There is nothing really mysterious about the reason for this unsuccessful phone connection as the cause is blindingly obvious except to those who prefer to bury their heads in the sand like ostriches.

At the same time, Israel’s Minister of Defence and aspiring Prime Minister, Benny Gantz, visited the USA but was unable to meet the US Defence Secretary because he was “unavailable.” This is no doubt another case of running for cover or heading for the hills.

The US is on the cusp of rewarding Iran with billions of frozen funds, lifting sanctions and guaranteeing that terror groups will benefit from this largesse. It also gives a green light to the Iranian deployment of offensive missiles and drones and an accelerated motivation for the elimination of Israel.

Anyone who thinks that the IAEA will now have enhanced powers to monitor and censure Iranian cheating is living in cloud cuckoo land. In actual fact, the Iranian President has now demanded that the IAEA cease its investigation of previously undisclosed nuclear activity sites. This should give all but the most unhinged an indication of how Iran is cheating its way to nuclear blackmail.

With the help of China and Russia and likely North Korea, the path will be paved for instability and human rights abuses on a massive scale.

There is a complete absence of any sort of demand for the immediate cessation of persecution of the Baha’i and Christian minorities, let alone a demand for equal rights for women.

Witnessing the debacle of how Afghanistan was abandoned to the murderous Taliban, one should not be surprised at what is now unfolding with Iran.

I have just finished reading a most enlightening historical novel (The Return by Victoria Hislop) which recounts the events of the Spanish Civil War from 1936 to 1939. The horrendous carnage and destruction to lives and infrastructure and indeed to the Spanish State is described in vivid detail and provides a stark reminder and lesson for what is happening today.

The trouble these days is that historical events dating back more than a mere few years are a complete blank as far as most are concerned, and therefore the lessons of the past and how to avoid the same pitfalls never feature in any political, media, or so-called experts’ thinking.

That is why learning what transpired as Spain was torn apart and its population murdered, persecuted and exiled is so crucial. We can prefer to ignore the lessons, but we do so at our peril because the toxic byproducts of our current politicians’ weak appeasement guarantee similar lethal mayhem.

Four main components contributed to the disintegration of Spanish democracy and subsequent tragedies, which should serve as warning signals for us these days.

These were civil disunity, the failure of the democracies to counter Nazi German and Italian fascist intrigues, the role of the Catholic Church and the return of heresy dogmas.

The combustible components waiting for an inevitable explosion were extreme social inequalities that doomed vast numbers to virtual slavery status and a privileged aristocracy land-owning class that refused to contemplate any sort of emancipation or social and economic reforms. When the monarchy was abolished, the subsequent Republic comprised of various warring liberal and left-wing factions that failed to unite and legislate the much-needed reforms. The disunited Republic was ripe for a coup and military dictatorship because of determined opposition led by the armed forces, the Church and a rising fascist movement.

It might still have been possible for the tottering democracy to overcome the impending catastrophe, but unfortunately, they woke up too late to the looming threats. One of their biggest mistakes was their naïve faith that the democracies of the UK and France would come to their aid and help. With appeasement rampant, the Spanish democratic Republic was abandoned and left to battle the merciless and lethal Nazi German and Italian Fascist onslaughts alone. Volunteers who flocked to the Republic’s aid from many nations were stigmatised by their own Governments. In the face of an arms embargo, the Spanish Government turned in desperation to the Soviet Union, which turned out to be an exercise in lethal futility.

The Spanish Roman Catholic Church exercised a stranglehold on society and sided wholeheartedly with the entrenched forces of repression and privilege. This, in turn, generated extreme hatred on the part of the oppressed classes and set the scene for subsequent terror and violence. The Vatican, as the ultimate authority on Church policies and dogmas, came down unequivocally on the side of the fascists. When Franco finally emerged victorious after 3 years of carnage and civil war, the Pope (Pious X11) issued the following declaration: “Lifting our hearts to God, we give sincere thanks with your Excellency for the victory of Catholic Spain.”

This Apostolic blessing to the fascist dictator set the scene for subsequent Vatican silence in the face of the German crusade of genocide against the Jews of occupied Europe.

During the time of the Inquisition, the Jews of Spain and its colonies were branded as the ultimate heretics doomed to be targeted for forced conversion and exile. With the sanction of the Vatican in the 1930s, all those who opposed the fascist dictatorship were branded heretics and seen as worthy targets for death and exile.

What lessons can we, as Jews, draw from those times?

First, we need to remember that although we may have different opinions and political allegiances, our spiritual and physical survival is paramount. That means uniting in the face of existential threats posed by those who plot our demise as a faith or nation.

Second, we must never ever make the same mistake again and rely on false friends or those who promise one thing and act against us behind our backs. Trusting corrupt bodies such as the UN to save us is a losing proposition.

Third, religious leaders should stay out of politics and concentrate instead on outreach to all sectors and making society more just and equitable.

Finally, we need to fight the recycled dogma of heresy which today demonises Jews, Israelis and Zionists as the new heretics.