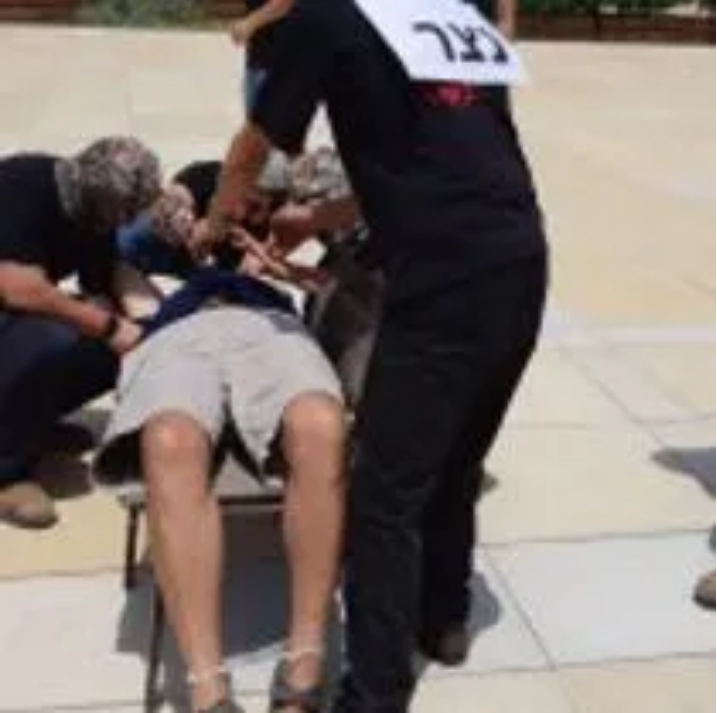 What happens to a country when it slides toward dictatorship? The first thing to go is trust in the regime. That’s when things get scary, particularly during times of tension. In this edition, we present the example of Israel.

“For the first time, I saw an organized listing of torture methods – how long each method was employed on the body of the one interrogated, how many times each procedure was repeated, and the various auxiliary aids that were designed to produce visceral pain.”
Human rights attorney Avigdor Feldman describes the legal use of torture in Israel.

Thanks for reading China in the Middle East! Subscribe for free to receive new posts and support my work.

Israel has never been a democracy. Its founder David Ben-Gurion ruled with an iron hand, suppressed dissent, broke strikes and used the army to block protests. He could count on his secret police, handpicked judiciary and servile media to defeat any opposition.

But Ben-Gurion was deterred from making the new Jewish entity into an open police state. He needed money from the West, particularly the United States, and parliament contained more than a few people willing to publicize the prime minister’s excesses.

Today, the Israeli leadership has few restraints. Washington provides billions of dollars in aid, much of it pocketed by the Israeli elite. Parliament has no power and the judiciary is sworn to regime survival. The mainstream media dare not challenge the government unless encouraged by Europe or the United States.

In September, Israel turned into an open police state. The Supreme Court upheld the conviction of a young Jewish man tortured for weeks by the secret police, formally the General Security Services. The court acknowledged that the defendant, Amiram Ben Uliel, underwent torture, or what was termed “special measures,” but said his subsequent confessions could be used as the basis of his conviction and three life sentences in connection with a deadly arson attack in the West Bank in 2015.

This makes Israel the only country in the world where torture is legal. The United States and European Union, which pressured Israel for convictions in the West Bank attack, were silent.

More than a few democracies have slid into dictatorship over the last century. Perhaps the best example was Chile, which, like Israel, allowed itself to become a playground of the superpowers. The Soviet Union and Cuba supported Chile’s unions and socialist politicians. The United States embraced the capitalist elite. In 1973, Washington engineered a military coup that toppled the socialist government of President Salvador Allende.

Israel has long been under Washington’s thumb. U.S. military aid of some $3.5 billion ensures the loyalty of Israel’s government, military, security services, academia, media — in other words everybody that counts. In 2021, Washington played a critical role in the formation of Israel’s minority government, backed by a Hamas-aligned Arab coalition.

Bereft of independence, the Israeli state follows orders. So, after a firebomb was hurled in the Palestinian village of Duma more than seven years ago, Washington demanded immediate arrests and convictions. U.S. officials also endorsed the claim of the Palestinians that Jews were behind the killing of three people.

The General Security Services went into action. It grabbed nearly 100 young Jews, most of them minors, and beat them senseless. Some were selected for torture. When no credible information emerged, the secret police and prosecutors forced suspects to change their confessions to match the evidence found in Duma.

Amiram Ben Uliel, then 21, underwent weeks of torture before he confessed. His attorney, Avigdor Feldman, who in 1991 received the Robert F. Kennedy Human Rights Award, said he had never encountered the brutality as that endured by his client. The worst part was that GSS had formulated a torture policy to ensure confessions. The measures included electric shocks, sexual harassment, beatings, and what was called a Procrustean bed, a 21st Century version of the medieval rack. The torture was approved by the highest judicial authorities in Israel.

“For the first time, I saw an organized listing of torture methods — how long each method was employed on the body of the one interrogated, how many times each procedure was repeated, and the various auxiliary aids that were designed to produce visceral pain,” Feldman recalled. “When I studied the document, which I was forbidden to copy or keep in my office, my hair stood on end. I understood that it was prepared by a brain trust of doctors, interrogators, psychologists, and apparently lawmakers, who used the tested and primitive methods whose purpose was to shatter the feeling of self of the one interrogated, to abandon him to the mercy of his interrogators.”

There were no protests in wake of the Supreme Court ruling. Israelis have become apathetic. Voter turnouts have declined, leading to failed coalitions and soon the fifth parliamentary elections in three years. The state-aligned newspapers, radio and television have been rejected for the social media. Religious observance — whether Judaism or Islam — is at an all-time high in opposition to the secular Jewish elite.

“Altogether, when voters think that there’s a wall between them and how politics gets done in the national capital, they tune themselves out to political happenings,” the U.S. nonprofit Renew Democracy Initiative said. “This is particularly dangerous, as this presents an opportunity for authoritarian-minded political leaders to start curtailing political rights for minority groups, if not the entire national population. This can then start a backslide into dictatorship when the democratic voice becomes permanently suppressed, eliminating any kind of recourse against undemocratic policies such as voter suppression or encroachments onto free speech.”

The distrust in Israel’s institutions has been expressed in other ways. Despite the threat by Iran and its proxies, the willingness of Israelis to serve in the military has dropped significantly. Young people are fleeing the country, many of them settling in Germany. The most popular politician is a 46-year-old attorney with a long police record who represents those deemed Jewish extremists.

On Sept. 11, GSS chief Ronen Bar warned of Israel’s political instability, saying this was encouraging the country’s enemies. He said the “deep rift” in Israeli society is the “most complex” challenge faced by his organization. He did not address the GSS policy of torture.

“The prevailing feeling among our adversaries is that our historical advantage, our national resilience, is fading,” Bar said. “This insight should trouble us more than anything else.”