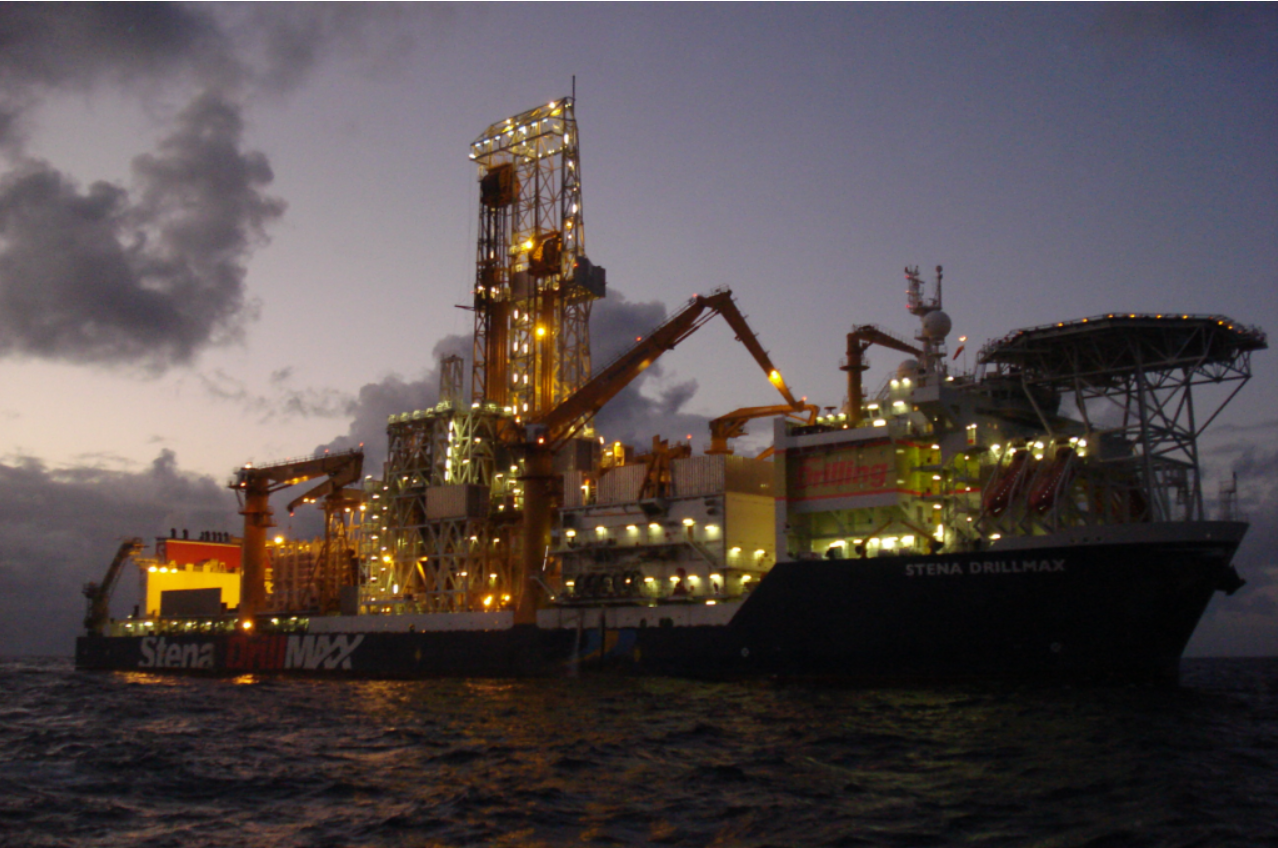 After years of stalling and hedging, a major economic collapse in Lebanon, multiple unstable governments in Israel, and threats of violence, the United States has successfully brokered a maritime border agreement between Beirut and Jerusalem. War has been averted, and everyone is happy. At least for now.

Israel will receive the most immediate benefits from this deal, as it can now quickly begin to exploit existing energy reserves in the Karish gas field. Lebanon may benefit as well, but it has more challenges to work through. Without reforms to the energy sector, profits from any future gas finds may end up in the hands of the political elite, lining their pockets and doing little for ordinary citizens. Hizballah, for its part, has seen its resistance rhetoric take a major blow with its public recognition of Israel. Yet there are fears that it may now turn its weapons against the internal Lebanese opposition.

U.S. envoy Amos Hochstein deserves enormous credit for getting this agreement over the finish line. Now, Washington should work to maximize the benefits for the Lebanese people and regional stability. This means increasing pressure on Lebanese officials to implement necessary reforms, particularly in the energy sector.

The Benefits of the Deal

Actors on both sides had strong reasons to make this agreement work. With elections coming in November, Israel wanted to start digging the Karish gas field as soon as possible and position itself as a natural gas producer. Lebanon had its own set of considerations. President Michel Aoun’s term will also end on November 1, and he wanted to make sure his legacy was not limited to failure and economic collapse. Hizballah, in turn, wanted to give the president they chose this goodbye gift. More importantly, the group wanted to avoid a war with Israel they knew they could not afford. After numerous threats failed to prevent Israel from moving ahead on Karish exploration, Hizballah knew that only diplomacy would help them save face.

Despite accusations that Israel accepted all of Lebanon’s conditions and conceded too quickly, the truth is that Lebanon started this round of negotiations with a low bar. First, knowing it was a nonstarter for Israel and the United States, President Aoun completely dropped any discussion of Line 29 as the maritime border. This proposed boundary, the southernmost of the lines under discussion, would have cut through the Karish field, giving Lebanon a stake in it. Instead, Aoun decided to negotiate over line 23 which gave Israel complete control over Karish. Second, while Beirut secured the Qana field, its ability to exploit it is contingent on Israeli approval. Total, the French company that will explore Qana, is required to reach a financial arrangement with Israel, in which Lebanon will have no say. In other words, Israel controls the Karish field, which has already been shown to contain gas, while Lebanon has to share the Qana field, in which gas deposits have not been located yet. And if there is any gas in Qana, Lebanon has agreed that Israel will receive a payment of at least seventeen percent of the revenues from Total. At best, the money will take five years to start flowing.

The End of the Resistance Narrative

In seeking to avoid a conflict while demonstrating that it could use force to advance Lebanese interests, Hizballah has now given Israel security guarantees that it will not target Karish. It has sought to spin the deal as a victory but has failed to translate this into domestic political gains. Although this is officially an agreement between Lebanon and Israel, in reality, many in Lebanon see it as a deal between Hizballah and Israel. Indeed, according to Reuters, the group reviewed and approved the agreement line by line.

This in itself is a breakthrough. For forty years, Hizballah’s resistance narrative rejected any kind of border negotiations with its sworn enemy or any acknowledgment of the state of Israel. Now, not only have Lebanon and Hizballah acknowledged the existence of Israel, but they also share an economic interest and are forced to maintain stability across the border as they await the profits from the deal to materialize. Hizballah’s narrative has already suffered from the group’s involvement in the Syrian civil war, where it has ignored Israeli strikes against its military personnel, arms depots, and weapons factories. By opting for a pact with Israel rather than another military confrontation, Hizballah has rendered itself even more irrelevant.

I grew up in a Shia town in South Lebanon. I was eight years old during the 1982 Israeli invasion and the establishment of Hizballah as a resistance movement. The word “Israel” was taboo — not to be uttered under any circumstances. Although we all knew that the country existed and prospered beyond our southern border, Hizballah made sure we understood that denial was the best way to deal with this reality. And if anyone dared to say the word “Israel” the immediate reaction was a forceful reminder that “it is called Palestine!” or “the occupying entity.”

In response to the maritime border deal, Hizballah’s leader Hassan Nasrallah said, “We do not have any problem with the agreement with Israel.” He didn’t say “occupied Palestine” or the “enemy state” — he said “Israel.” For many Lebanese people, this indicates a major shift in narrative and strategy. None of Hizballah’s officials have ever uttered the word “Israel” before. None of them tolerated ‎others who dared to say it. ‎

This new narrative may allow the group to buy time until it is more ready for conflict. Yet it still creates a new reality where the state next door actually exists, is Lebanon’s partner in gas, and has a say in Lebanon’s economy and stability. What’s more, Hizballah accepted U.S. mediation in the negotiations and acknowledged American diplomacy in a matter of utmost significance to its security and military strategy.

For Hizballah, the main challenge now is to keep the resistance narrative alive. The group cannot afford to take risks against Israel at this moment, inside or outside Lebanon, and seeks to refocus internally. This doesn’t mean that the rhetoric against Israel will stop, but it will probably change, with threats becoming less imminent and more rote. The group’s leadership will go back to turning a blind eye to Israeli strikes in Syria and resort to narrating past tales of victories instead of seeking out new ones.

But with Hizballah striving to maintain its role in Lebanese politics, the risk is that its weapons and resistance rhetoric will turn against internal opposition and protest. Since its last confrontation with Israel in 2006, Hizballah has been confronting its Lebanese opponents instead. This includes imposing a national unity government on May 7, 2008, provoking street clashes to hinder investigations into the Beirut port blast, assassinating rivals like former Prime Minister Rafik Hariri and Shia critic Lokman Slim, and targeting protestors in 2019, mainly in Shia areas.

For Israel, the main challenge is to preserve the maritime deal after the legislative elections and the formation of a new government. Opposition leader Benjamin Netanyahu has already criticized the deal and threatened to overturn it if he becomes prime minister. Many analysts, however, think this is mere election posturing that would quickly be shelved if he won.

For Lebanon, the next steps are much more challenging. If Total discovers gas in Qana, the revenues will not be enough to cover the country’s financial deficits, the banking sector losses, and the Central Bank’s depleted reserves. The only way out of this crisis is through substantial financial, economic, and legislative reforms that would protect energy revenues, instead of letting them be squandered through corruption. Setting up a sovereign wealth fund to manage gas revenue is particularly vital in light of this sector’s poor record for fiscal responsibility. For example, since 1992, corruption and mismanagement in the electricity sector alone have created $40 billion in debt, or 43 percent of the total government debt.

Without reforms, Lebanon’s corrupt political class will use energy revenue to maintain their interests and positions. This also means maintaining the sectarian narratives and clientelism that have already contributed to the collapse of Lebanon’s state institutions. Indeed, politicians very much hope to use the deal as an excuse to avoid reforms. By presenting Qana as a quick solution to the current crisis, they have already helped push calls for reform off the political agenda.

This deal demonstrated that the United States is still the strongest player in Lebanon. No other country — except perhaps France — was able to compel the Lebanese political class to make compromises for the sake of stability, and no one else could get Hizballah to accept a deal with Israel and acknowledge its partnership. Through this deal, Washington also enhanced its credibility and developed new channels of communication with important actors in Beirut. Biden should leverage this success to push the Lebanese government to implement long-overdue reforms.

The United States can work with its European and Gulf partners to sanction state officials who are hindering reforms in the energy sector. Actors such as the International Monetary Fund and the 2018 French-sponsored CEDRE donor conference have already spelled out what needs to be done. This includes creating an independent electricity regulatory authority, modernizing the transmission grid, and raising prices for the first time since the 1990s. A transparent sovereign wealth fund should also be established without delay.

In response to the threat posed by Hizballah, Washington can also play a positive role in the formation of a new government, the implementation of legal reforms, the investigation into the Beirut port blast, and the appointment of military officials. Over the years, the United States has become the biggest donor to Lebanon, mainly in the form of military assistance to the Lebanese Armed Forces and humanitarian assistance in the recent economic crisis. Combined with terrorism and corruption sanctions, this created a degree of influence that the Lebanese authorities understand very well. Washington can use this influence to push Lebanon to elect a new president, protect the judge investigating the port blast, and secure the elevation of responsible security officials.

These are not only internal Lebanese issues. They can make or break a very fragile country, whose instability will spill over to its neighbors and affect American interests in the region. The maritime deal shows what U.S. diplomacy can do. Now is the time to do more.