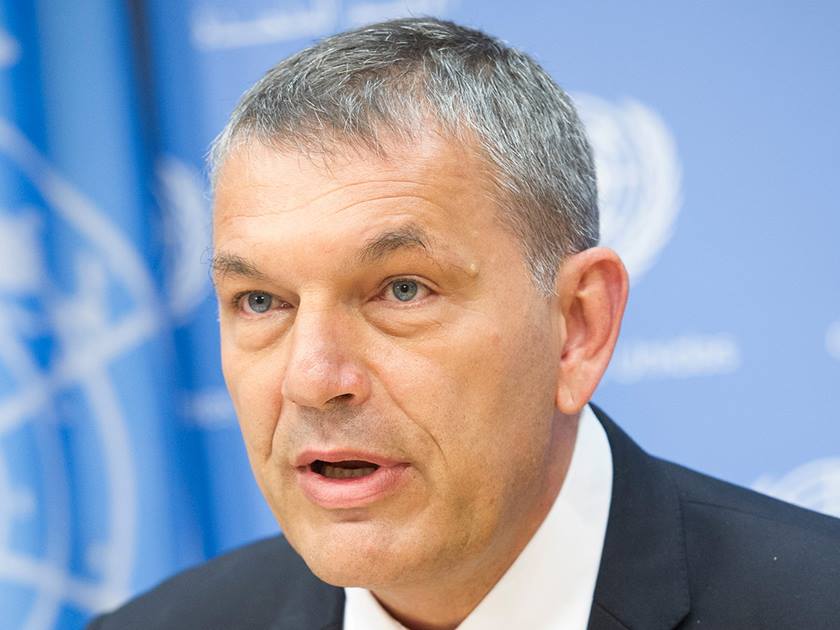 Commissioner-General of the United Nations Relief and Works Agency for Palestine Refugees in the Near East (UNRWA) Philippe Lazzarini called for renewing the agency’s mandate for an additional three years.
This came in the annual report that Lazzarini presented to the Fourth Committee (Special Political and Decolonization), “Let us stay strong in our commitment to the human rights and wellbeing of Palestine refugees,” Lazzarini said, as the 75th anniversary of the UN agency that was designed to be temporary approached.

“Palestine refugees await with immense anticipation the confirmed support and solidarity of the international community at the General Assembly. They await a sign of hope and a message that they are not abandoned,” he said, adding “This last year has been difficult for Palestine refugees across the region, with increased challenges to the fulfillment of their basic rights.” In Gaza, Lebanon and Syria 80 to 90% of Palestine refugees now live under the poverty line, he said.
“Their poverty was made worse by the socio-economic ramifications of the COVID-19 pandemic and the impact of the war in Ukraine on employment, prices and soaring inflation,” Lazzarini underlined.

He appealed to the Committee that it will continue to strongly support Palestine refugees’ human development, respond to their humanitarian needs and promote their right to a dignified life until there is a just and lasting solution to their plight.
He added that a growing number of competing crises over the last decade has sadly increased the indifference towards the plight of Palestine refugees. “For too long, UNRWA has tried to reconcile three opposing sources of pressure; the first of which is the General Assembly’s mandate which requires the Agency to deliver public sector-like services; the second, the chronic lack of sufficient voluntary funding from Member States and the unpredictable nature of most of the funding; and lastly, the inability to change the scope or mode of service delivery because any change to the way UNRWA operates is perceived by the Palestine refugee community with suspicion and as an attempt to weaken the mandate, an attempt to weaken the rights of Palestine refugees.” Over the last 10 years, and despite active and continuous outreach, an annual underfunding of around 100 million USD has forced the Agency to operate within very strict financial constraints, Lazzarini said, adding “The funding gap has slowed us down, especially in areas that require constant upgrading and rolling out of new models.” (QNA)