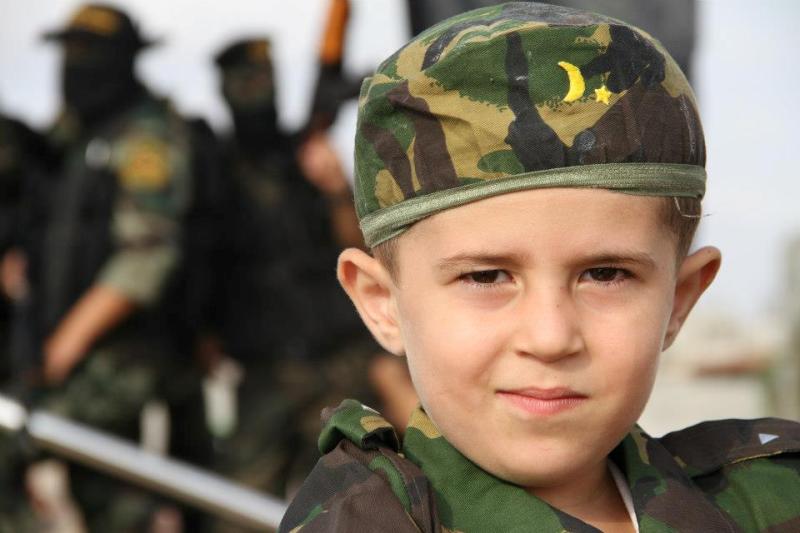 Palestinian Authority (PA) schoolbooks used by UNRWA in its schools in the West Bank and the Gaza Strip promote the goal of a violent struggle for the liberation of Palestine. That struggle, which is never restricted to the territories of the West Bank and the Gaza Strip alone, is made more compelling in the books with the help of the traditional Islamic ideals of Jihad and martyrdom (Shahadah) aided by the description of the violent return of the refugees. Thus, the Palestinian child in UNRWA schools is exposed to an atmosphere of violence and is mentally prepared for his or her actual participation in that armed struggle in the future.

The following examples taken from recently-published PA schoolbooks that have been in use in UNRWA schools during the current school year (2013/14) clearly attest to this phenomenon. One could find the spiritual foundation of the behavior expected from the prospective martyrs in the following text appearing in an Islamic Education textbook for grade 6:

“Jihad in the cause of God for raising the flag of Islam and preventing oppression and corruption on earth: … When a Muslim man believes that God is the one who gives life and death, gain and loss, and that victory and power are in His hand, he then liberates himself from others’ control, and bravery and a desire to seek martyrdom in God’s cause are enlivened within his soul.”