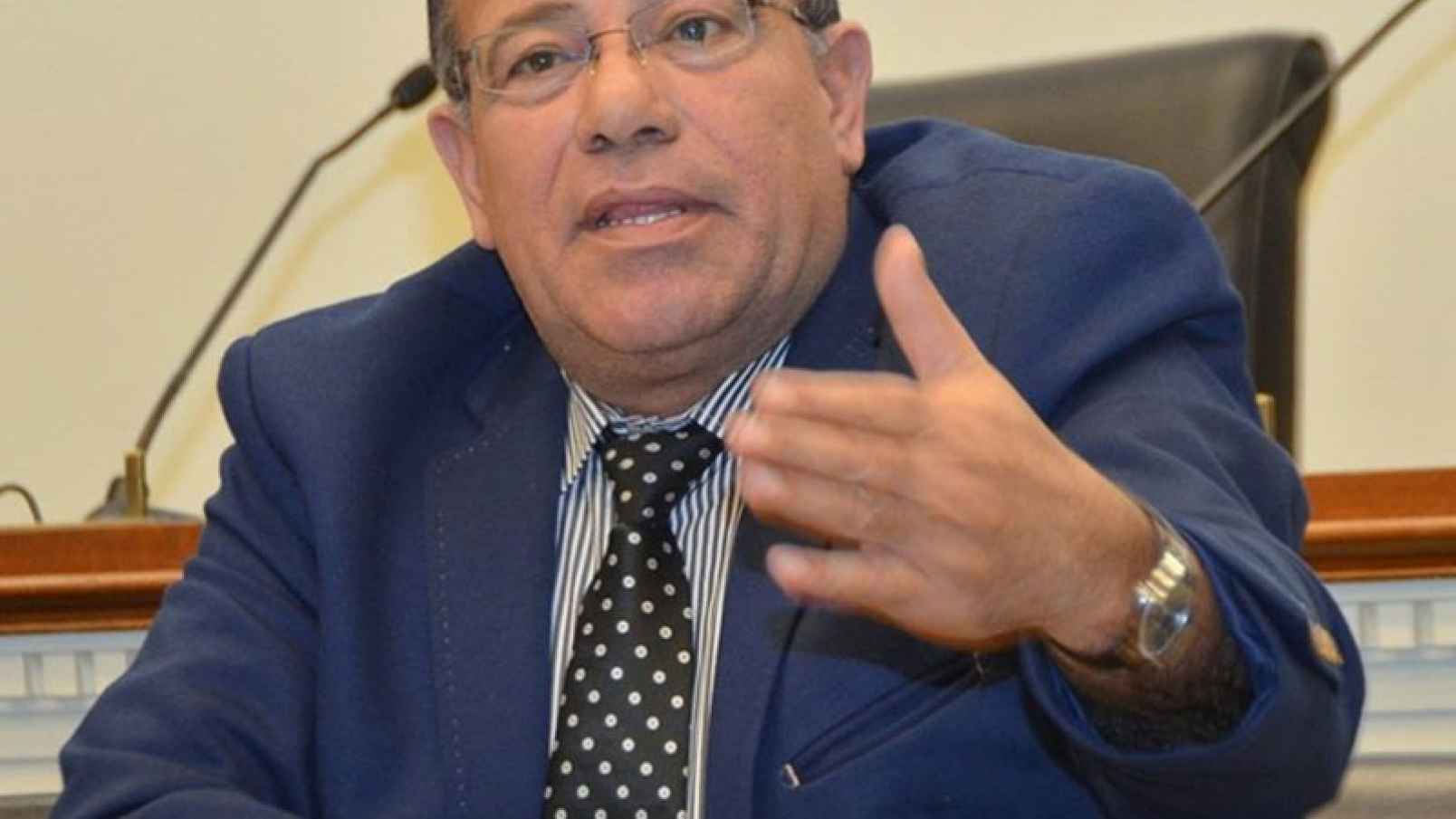 For those who came to hear Bassem Eid last Sunday at Congregation Beth Tikvah-B’nai Jeshurun in suburban Philadelphia, an event sponsored by StandWithUs, the afternoon served as an unusual treat.  What the audience heard from Bassem, they are unlikely to read in the New York Times, or hear on major media outlets in America or Europe.  This reporter had the opportunity to have an intimate conversation with Mr. Eid, a Jerusalem-based political analyst, human rights pioneer, and expert on Arab and Palestinian affairs.

Bassem Eid (58) is a courageous man.  His honesty and willingness to speak out and denounce Palestinian human rights violations by the Palestinian Authority (PA) earned him a short stint in a PA prison in 1996.  Yasser Arafat, Chairman of the PLO (Palestine Liberation Organization) and the Palestinian Authority at the time, ordered his arrest. The intervention of then Secretary of State Warren Christopher, brought about his immediate release.  In 1996, Bassem established the Palestinian Human Rights Monitoring Group.  He had resigned from B’Tselem, an Israeli Human Rights monitoring organization, where he was employed as a senior field researcher (1989-1996) following B’Tselem’s decision not to monitor human rights abuses of Palestinians by the PA. In 2016, Bassem assumed the role of chairman at the Center for Near East Policy Research.

When asked about the reason he chose to focus on the PA human right abuses against Palestinians, Bassem replied: “The PA abuses of Palestinians are much more destructive than those committed by Israelis, since they come from our authorities.” He added, “these are people (referring to the PLO leadership) we fought to bring over here (from Tunis to the West Bank and Gaza), and they in turn are abusing our human rights regularly. The PLO did not liberate us, the Palestinians – we liberated the PLO from Arab dictatorships.”

A Palestinian-Muslim, Bassem Eid was born in the Jewish Quarter of Jerusalem, which was under Jordanian occupation at the time.  The Fourth child in a family of ten, Bassem’s father was a tailor while his mother attended to the children. The Jordanians removed the family from their home along with 500 other Palestinian families, and placed them in the Shouafat refugee camp, administered by the United Nations Refugee Works Agency (UNRWA).  Bassem’s father didn’t anticipate that his family would end up in a dilapidated dwelling, without running water.  Bassem was eight when he entered the refugee camp, and lived there for 33 years.  At the age of 41, married with two children, Bassem left the camp and moved to Bet Hanina (in East Jerusalem) where his other two children were born.  In 2004, Bassem moved to Jericho where he now lives.

Speaking of the PA, Bassem explained that the more agreements signed between the PA and Hamas, the less unity exists. “Mahmoud Abbas today,” Bassem said, “only represents his wife and two sons.”  He has not stood for re-election, and has no mandate from the Palestinian people.  Bassem accused the PA administration of not creating jobs and neglecting health and education services.  He pressed the point that Palestinian are seeking “dignity rather than identity.”

Turning to the regional issues, Bassem clarified that the Israeli-Palestinian conflict today is not a priority in the midst of the Middle East chaos, and called the Israeli-Palestinian conflict the “safest” in the region. “Israel,” he said, “has disappeared from the Arab media” in the moderate Sunni-Arab states.  Not long ago Israel would have been accused of all ills in the Arab world; now Israel is barely mentioned, and is addressed in a different tune.

Bassem charged that “Billions of dollars in international aid to the PA has not created a single job.”  He explained that dignity can only come through economic development, and added that economic prosperity is far more important than political meetings arranged by the U.S. administration, the UN, and the EU.  Bassem said that the international community is part of the problem rather than part of the solution.  He stressed the point that Palestinians working in Israel earn five times more than Palestinians working in the PA.  Bassem also mentioned that in Gaza, unemployment is at 45% and in the West Bank, 23%.

Focusing on the BDS movement (Boycott, Divestment and Sanctions), Bassem Eid expressed his outrage at the movement’s hypocrisy.  He characterized the BDS campaign against Israel and specifically against the companies operating in Judea and Samaria as “genocide for the Palestinian economy.”  Bassem explained that 92,000 Palestinians are working in Israel, and an additional 15,000 in Judea and Samaria.  Should these Palestinians lose their jobs, their extended families and the Palestinian economy would be undermined.

Bassem angrily exclaimed, “I would like to ask who appointed the BDS to speak on behalf of the Palestinians?” He added, “The BDS movement is operating in Europe and the U.S., but has no presence in the West Bank and Gaza, or even in the Arab world.  These BDS people are exploiting the Palestinian suffering, and much like the UN and UNRWA, are making a nice living off our backs and our suffering.”  Bassem said that the above mentioned groups have a selfish political interest to maintain the conflict as a way to make a living.  They are not seeking solutions, but rather continuing the conflict.

“There is no such thing as a Palestinian economy, and if there is such a thing, it depends on the robust Israeli economy,” Bassem explained.  “When Palestinian workers are terminated because of the BDS campaigns, it amounts to more than a job loss.  The problem is that the children of the terminated Palestinian workers lose their health insurance.”  Bassem stressed again that “The Israelis are the only ones who care for the Palestinian economy.  That is the truth, and I say that on behalf of most Palestinians who are afraid to say that because they will be hurt if they did.”

“The Arab states,” Bassem added, “aren’t involved in improving the situation for the Palestinians, and wealthy Palestinian businessmen invest everywhere except in the West Bank and Gaza.”  Bassem reiterated again the point that Palestinians are building the settlements, and he admitted that he has no problem with that. “We have no other alternative.”

In summation, Bassem said, “I am relatively immune from PA persecution, because I am being used as a showpiece for them. The PA can claim, through my activities, that they respect human rights by allowing me to speak out. Most Palestinians however suffer persecution if and when they speak out against PA corruption and abuses. That is why I speak on their behalf.” And he had this to say to the BDS movement, the EU, and the Obama administration. “If you boycott products from the settlements, you hurt our Palestinian people, not the factory owners in the settlements. Regardless, we will buy the products that you will not buy, yet, if you buy, we will have work, and we will earn a living with dignity.  After all, is it not what all mankind wish for?”