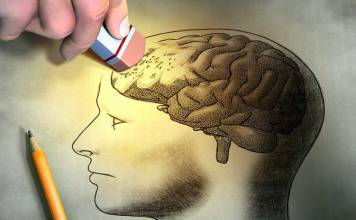 It has been one of those weeks again in which we have heard unbelievable utterances, read more misinformed media reporting and witnessed witless behaviour.

Just when you think you my have seen it all, events conspire to prove that in fact the outer limits of absurdity have not yet been reached.

The farce surrounding the 1936 Olympic Games in Berlin remains a stark reminder of how nothing much has changed since then. The decision to go ahead with the games despite the German Nazi campaign against its Jewish citizens illustrated how prejudice, commercial greed and media co-operation all combined to ensure that “the show must go on.” The whoopla surrounding the spectacles in Berlin completely obliterated any coverage of and concern for lethal State sponsored Jew-hatred. Removing signs which prohibited Jews from public places, suspending temporarily any sign of discrimination or persecution and creating an artificial atmosphere of peace and brotherly love, managed to fool the masses of international visitors and create an illusion that nothing was in fact amiss.

We all know that this charade, swallowed hook, line and sinker by the Olympic movement and the international community, could not have succeeded if there had been even a shred of decency and moral courage displayed by those running the Olympics.

The recent winter Olympics in South Korea and the hysteria surrounding the visit by the sister of the North Korean dictator was a re-run of the insanity displayed back in Berlin of 1936. While North Korea continues to be a ruthless dictatorship, suppressing freedoms and condemning large numbers of its citizens to concentration camps and certain death, the world media engaged in an orgy of breathless coverage of the dictator’s sister. The fact that her presence and accompanying stage managed performances was all designed to deceive and deflect never entered the minds of those covering the games. Once more Olympic officials were complicit in a clever and elaborate cover up which diverted international attention away from the human rights abuses taking place just a few kilometers away.

The 1936 Berlin Games were used to successfully confuse and divert a gullible world that Germany was a model society with no aggressive or genocidal ambitions. Today’s Games are being manipulated in the same way. North Korea develops weapons of mass destruction and the means to deliver them, works with other despotic regimes and cruelly oppresses those who demand freedom. It pretends that it is peace-loving and sends its photogenic representative to Seoul where she is embraced by an adoring media and naive politicians.

The oldest trick and con job in the book once again works well.

IT WAS ONLY US

Poland is still in the news. Germany’s Foreign Minister asserts that “it was only us” which carried out the murder of Jews in particular. While it is commendable that he acknowledges his country’s primary guilt while trying to soothe the hurt feelings of the Poles, he also conveniently overlooks the fact that without the enthusiastic support of the local population the whole vast genocidal enterprise could not have succeeded to the extent it did. With very few exceptions the occupied countries were fertile breeding grounds for Judeophobia. The number of willing helpers stretched from Church leaders, the French railways, French police, collaborators of all sorts, the Mufti of Jerusalem, foreign SS volunteers to ordinary citizens itching to steal their neighbors’ properties and denounce them to the authorities.

The bottom line is that while German organisation and efficiency was crucial it was the enthusiastic support of locals which guaranteed the successful round ups and dispatch of Jewish communities.

As though whitewashing its role in the Holocaust was not bad enough Poland is now toying with the idea of making Shechitah impossible. After all that has transpired this latest effort at targeting Jews defies any sort of logic.

A Norwegian politician has nominated the group which promotes boycotts, divestments and sanctions against Israel for the Nobel Peace Prize. Those who are outraged by this should remember that the prize was awarded to Yasser Arafat in the past. Another year it was awarded to Barak Obama. If the committee can give this prize to a terrorist who facilitated the murder of Israelis and a President who enabled Iran to march towards nuclear terror while ignoring the persecution of Baha’is and Christians then nothing should surprise us anymore.

DON’T MENTION THE “I” WORD

The UK terror watchdog has banned the use of the expression “Islamic terrorism.” Its explanation for this was: “terrorism should not be attached to any of the world’s religions.”

This denial of reality explains why the fight against terror in the UK is doomed to failure.

This ludicrous explanation of massacres, mass migrations and turmoil afflicting Arab countries has already been swallowed by many politicians in the West. The EU has declared that its position is based on the Oslo accords. The problem is that Abbas has already announced that Oslo is dead and buried. Obviously Europe and others are flogging a dead horse.

The Leader of the Labour Opposition in the Knesset has advocated that Israel needs to offer carrots to Abbas in order to induce him to talk with us!!

This is after the PA President wrote Jews and Judaism out of the history of Israel.

The same Labour politician also proposed that Saudi Arabia should be given a role on the Temple Mount. Perhaps they could be put in charge of beheading Jewish infidels who dare to pray on Judaism’s holiest site.

There are more examples of irrational insanity, local and overseas, but they will have to wait for another occasion.

Meanwhile take a look at this video which parodies a serious subject. The funding of terrorists and their families continues. Here is a suggestion as to how the unemployment levels can be reduced in the areas under the control of our misnamed “peace partners.”