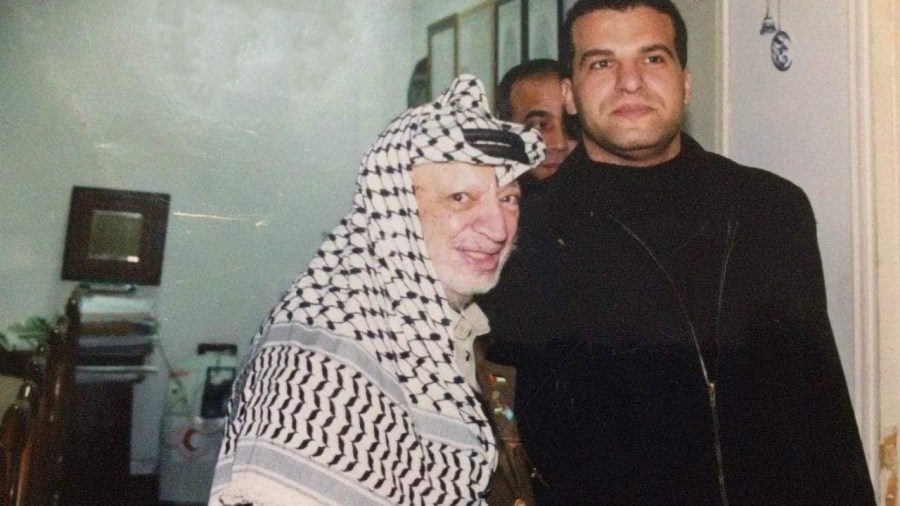 Palestinian Authority corruption currently occupies the attention of Palestinians in the Palestinian Territories. Until a few days ago, the “scandal of the day” was the suspected corruption of the government fund established by the PA to assist victims of the coronavirus. Palestinian residents claimed that only Fatah activists were able to benefit from this fund because of their connections to senior PA officials. The PA denies such claims.

On June 11, 2020, “The Palestinian Center for Communications” news agency and the Hamas-affiliated Shehab News Agency released a video of Yasser Jadallah, former director of President Mahmoud Abbas’ Political Department of the PA, in which he revealed major corruption related to the theft of funds given to the PA from international organizations. He described how these funds were transferred to personal accounts.1

He claimed in the video that the funds in the Palestinian Ministry of Finance listed under the heading “EU assistance and Arab states” were mostly transferred to the Palestinian presidency and from there to secret accounts known to only three people: Chairman of the Palestinian Authority Mahmoud Abbas; his Private Secretary Mrs. Intesar Abu Amara; and Mahmoud Salameh, Deputy Chief of Staff in the PA Chairman’s Office.

He claimed that as soon as these funds enter the accounts of the PA chairman’s office, they suddenly disappear and are then transferred to accounts with fictitious names, including accounts with the names of Mahmoud Abbas’s grandchildren.

“We have passed this information onto European MPs,” Jadallah claimed.

He added that Mahmoud Abbas listens to the opinions of his Private Secretary Mrs. Intesar Abu Amara and Deputy Chief of Staff Mahmoud Salameh so that when security chiefs Majid Faraj and Ziyad Hab al-Rih want funds, they must first flatter them.

Jadallah said the PA chairman ordered his office accounts to be destroyed every six months, but in reality, they are destroyed every day for “security reasons.” He accused Mahmoud Abbas of stealing money because he knows “the Palestinian people are exhausted and weak.”

Yasser Jadallah left Ramallah for Brussels and sought political asylum in Belgium. He forwarded to the European Union and the Belgian authorities all the material he had on PA corruption.

He accused two Palestinian security agents, Nizar Al-Haj and Tareq Al-Abidi, of pursuing him and trying to assassinate him, per the instructions of Intesar Abu Amara and Mahmoud Salameh, to stop him from revealing the corruption. He claims he was abducted twice to exert pressure on him not to reveal what he knew.

The PA has refrained from commenting on the posted video and has not, at this time, taken any legal action against Yasser Jadallah.

PA Chairman Mahmoud Abbas denies all claims that he and his two sons are involved in corruption, and his associates say it is fake news that his political rivals and Israel are disseminating to discredit him.

Meanwhile, at a conference in Ramallah on December 19, 2019, entitled “The War Against Corruption,” the PA chairman said that the Palestinian office assigned to fight corruption was dealing with 460 corruption complaints and that this information pleased him.

“There is no one who stands above the law or interferes with the work of the headquarters,” Mahmoud Abbas argued.

He also urged Palestinian residents of the PA not to hesitate and to file complaints of suspected corruption.

The PA chairman also claimed that the Palestinians are on their way to establishing a state and it is therefore imperative to fight corruption and maintain transparency, “We want a state of law,” Abbas said.

The PA and its head have long lost credibility in the eyes of the residents of the Palestinian territories; many of them do not believe senior PA officials, and corruption stories in the PA organization are commonplace on the Palestinian street.

Yasser Jadallah’s video was circulated via WhatsApp across the territories and sparked considerable interest. The PA’s silence on the issue only heightens suspicions that there is substance to the news.

The issue of corruption is one of the main reasons why most of the residents of the West Bank do not want to enter a new intifada against Israel, especially now when the issue of “annexation” is at stake.

They feel exploited and disadvantaged while the Palestinian leadership enjoys the good life. “If Mahmoud Abbas wants an intifada against Israel, he should send his own two sons to confront IDF soldiers at checkpoints,” a senior Palestinian education official told me.