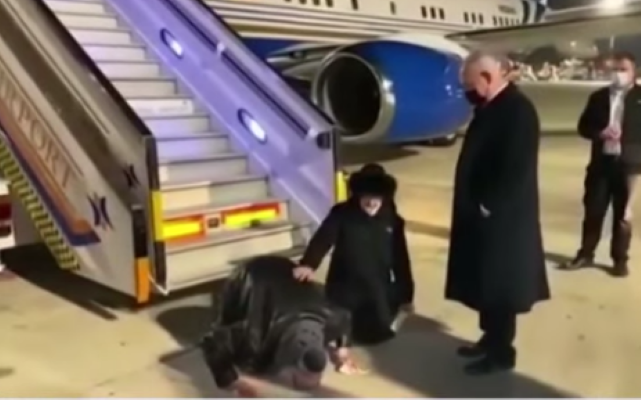 We lament the divide between Jews in America and Jews in Israel. carolineglick.com/pollard-and-the-great-jewish-divide/  The two communities see things in radically different ways. American Jews tend to see the death of Jews as the price of peace. In other words, they push for more Israeli concessions and see Israel as the cause rather than the victim in Palestinian violence. Hence, they voted for the candidate who promised to continue the policies most dangerous to our welfare.

American Jews saw clearly all of Trump’s weaknesses but were blind to his  strengths; especially when it comes to recognizing Jerusalem as our capital and the Abraham Accords.

Frankly, the differences between us represent more than a political ideology. It can be traced to a new theology. In the Judaic philosophy of history, the tragedy of the Roman destruction of Judea was to be ameliorated by the Divine promise that we shall return home. The Exile was not only the consequence of a political misjudgement; it was also punishment for our national sins. Nevertheless, the suffering endured in our Exile would atone for these sins. Or to put it in more behavioral concepts, our experiences and even our pain would enlighten and transform us.

In the new American theology, America as its Founding Fathers contended, became the new Jerusalem. The “shining city” from which wokeism (the newest and latest religion) will be preached to the world. In their belief system history has been revised. The new “suffering servant” is the intersectional one. The old America is the Egypt from which they have endured their bondage and Israelis are the new Nazis. Since the 1960s when American Jews composed the “freedom seder” in which black Hebrews would defy Pharaoh to later revisions in which Jesus is black and Palestinian, we have stood silently while the sacred history of Israel was coopted by others in order to persecute Jews and Israelis.  The resounding silence on this issue recalls the silence of American Jewry when Pollard, guilty of passing intel to an ally nation, was punished as if he spied for North Korea. The same silence while Roosevelt ignored the German war against the Jews. The same silence when Obama made a deal with Iran. And all the while American Jewry defended their powerful silence as patriotism.

There is often a thin line between hope and denial between faith and delusion. Whenever Jews confused the two catastrophe followed.