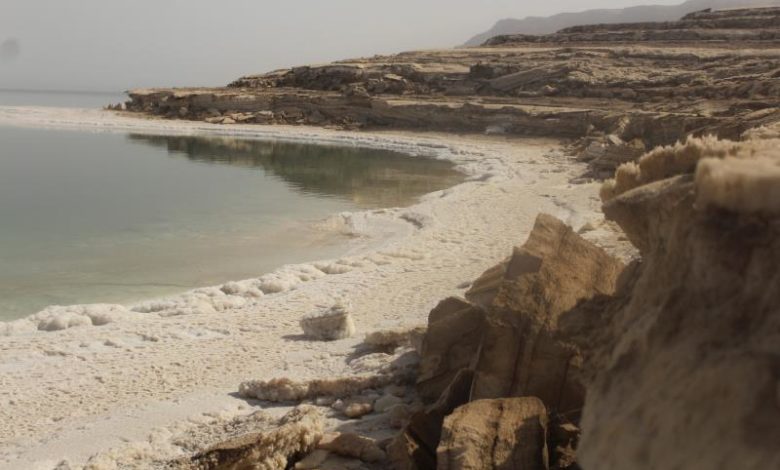 Landslides have been increasing along the Dead Sea, generating crater-shaped sinkholes in the salty lake that is currently drying out due to the climate crisis.

On the shores of the lake, located at the lowest point on Earth between Israel, Jordan and the West Bank, Israeli environmental artist Doron Gazit unfolds a red inflatable circle of about 200 meters in diameter.

“It is a metaphor for the veins of Mother Nature, which cries out for help,” says Gazit as he unveils the artwork ahead of Earth Day on Thursday, being marked around the world to raise awareness of the planet’s environmental issues.

Through his art, Gazit warns of dangers that climate change poses in many parts of the world, including the Dead Sea.

Gazit says he is in love with its beauty, but he is concerned about its rapid and continuing shrinkage in recent years.

Noam Bedein, director of the Dead Sea Revival Project, says the salt lake’s water levels decrease by “between 1 and 1.5 meters” in depth per year, which is equivalent to “600 Olympic-sized swimming pools a day.”

The shrinkage has “increased in recent years due to climate change-induced droughts that cause more evaporation,” adds Bedein.

In a region riddled by conflict and political hostility, Bedein says water management is not effective and cooperation between different governments in this area is limited.

The Jordan River and the mountain aquifers in Jerusalem and Hebron are not enough to maintain the Dead Sea, and, with no plans in place, the water levels will continue to drop, Bedein warns.