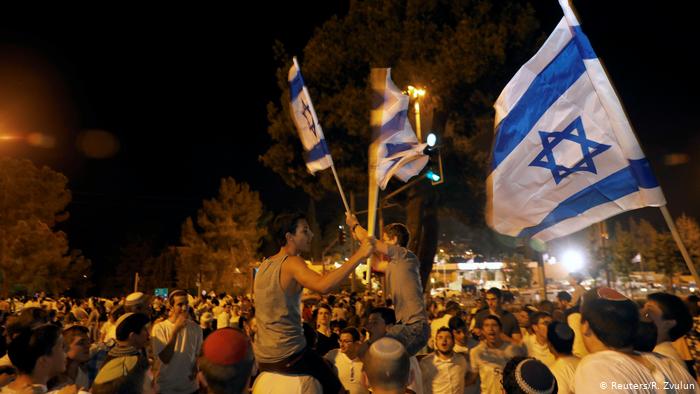 When was the last time you heard or read a full-blooded counterattack against the daily barrage of lies aimed at Israel?

I am not talking about an occasional “pareve” rebuttal by communal machers or restrained denials by politicians in diplomatic double-speak but a consistent and robust exposure of the untruths being propagated.

Instead of dancing delicately around politically incorrect narratives and facts in fear of upsetting sacred cows like the UN and its associated corrupt bodies we should be demolishing them with hard truths. Refraining from stating obvious facts because those targeted might take umbrage has not worked and never will do so. The complete failure of consistently presenting Israel’s case without fear or favour has resulted in the advocacy train wreck we face internationally today.

The Goebbels technique of repeating a lie long enough for it to become “gospel” truth has proven very successful in selling the anti-Israel/Zionist disinformation to ignorant Millenials and ingrained older Jew-haters alike. One would have thought that our historical experiences over the last two thousand years might have prepared us for today’s battle of minds and hearts. Unfortunately, this is not the case and more often than not the rallying cry of Basil Fawlty – “don’t mention the war,” has become the default position of far too many. Nowadays it’s – “don’t mention the facts,” in case the woke folk, cancel culture vultures and every Beryl and Shmeryl take umbrage at being confronted with incontrovertible truths.

I have selected just seven of the most “popular” deceitful statements which are spouted almost on a daily basis by the PA and its willing partners. Whether they are fraternal Islamic countries, rent-a-crowd supporters of terror groups, media with an agenda or just plain old Jew-haters the same lying mantras and slogans are disseminated to the uninformed masses. To make matters worse international forums legitimize these canards and give them a kosher stamp of approval.

The reason that the liars have been so successful is mainly due to their single-minded repetition of the same lies while our responses have been diffused, confused, hesitant and far too restrained. In addition, we have to cope with our own self loathers who work assiduously to undermine us.

Free Palestine: This appears at every demonstration and parade usually accompanied by threats of physical violence not only against Israel but also Jews in general. Instead of the general “tut-tutting” responses and futile appeals to human rights groups we should be responding in a far more robust manner. Using social media, counter-demonstrations and any other means of spreading views why do we not on a consistent basis hammer home the point that Palestinian Arabs definitely do need to be freed from their own corrupt and disastrous leadership?” Unless and until the oppressed subjects of the PA and Hamas are liberated from the clutches of terror-supporting groups they will continue to suffer. This should be hammered home at every opportunity.

From the river to the sea: Also seen and heard at every gathering the real meaning of this seemingly innocuous slogan is swept under the carpet. There is nary a peep from the international community because we do not follow this up. We should be bombarding Foreign Ministries and media spelling out clearly and unambiguously that this is a call for the elimination of Israel and the murder of all its Jewish citizens. Refraining from shoving this unpalatable fact under the noses of duplicitous politicians and an ignorant public merely leaves the field open to the haters. In simple and plain language it should be made clear that this slogan is an agenda for genocide.

Apartheid: Our weak responses to this have resulted in it becoming an accepted truth. We should be using ex-South Africans who lived through real apartheid to rebut it on a daily basis. Hesitancy in the face of an adverse reaction by the current South African Government or howls of outrage by groups such as Black Lives Matter must not deter us from exposing the slander accusing Israel of being an apartheid state.

Colonialist occupiers: This daily slogan is a favourite of all left-wing groups who nowadays view Israel and Jews as the last bastion of colonial settlement in the midst of a fictional Palestinian people dating back to the Canaanites. Naturally, this resonates with the immoral majority at the UN where anything that smacks of anti-colonialism is instantly adopted. To illustrate how this warped accusation has now gone viral and been swallowed hook, line and sinker, take a look at this recent example. The Kuwaiti newspaper, Al-Qabas, published an article on 12 June 2021 in which the writer asserts: “the Jewish autonomous Oblast, located in South-Eastern Russia is the motherland of the Jews. Unlike what Zionists like to claim, Palestine was never the homeland of the Jewish People. The Jews could have easily established their homeland in their allocated autonomous region where they wouldn’t harm anyone. Instead of usurping Palestinian lands, Zionists could have built their nation at a place already allocated to them.” Have you heard any howls of outrage? Of course not and that is why these fabrications multiply and influence millions. In reality, the real colonial occupiers are Iran and Turkey both of whom occupy vassal territories and ethnically cleanse and oppress minorities. We should be broadcasting on a daily basis in every international forum and media disseminator these frenetic attempts to resurrect the Persian and Ottoman Empires.

1967 Borders: There is no such thing because anyone with even a sliver of knowledge can prove that they are armistice lines that were never intended to be final borders. This myth has spawned the “holy” green line and its “sacred” offspring the two-State solution. Consigned to the garbage can of history is the internationally legal San Remo Agreement which guaranteed Jewish settlement and sovereignty in Judea and Samaria. Our non-vigorous counterattack to these revisionist policies has ensured that distorted narratives are now believed. We continue to be weak in our defence of the truth, subservient to a fear of upsetting the woke folk and as a result, we are continually on the back foot.

Nakba: Every time this word is used to describe the re-establishment of Jewish sovereignty in 1948 we should be blasting back by highlighting the plain and simple fact that Arabs/Muslims view Jews living in their resurrected nation as a national tragedy which needs to be rectified. Instead of letting this rallying cry circulate unchallenged, we should be declaring that the real NAKBA is the continued denial of a Jewish presence anywhere here. Moreover, it should also be continually pointed out that had the Palestinian Arabs not rejected the 1947 partition plan their alleged long yearned for State would be a reality. In addition, real apartheid actually exists in Gaza, PA, Jordan and other places where Jews are totally excluded from living.

AL AQSA: Every Monday and Thursday the Muslim masses are stirred up by claims that the Jewish colonialist settlers are storming the Mosque and that it is in imminent danger of being destroyed. This lie has been doing the rounds since at least the 1920s with the same fatal results. Instead of muted rebuttals, we should be hammering home every minute of every day the fact that this is a barefaced untruth. Rather than coddling the Jordanian regime which thanks to Dayan’s folly in 1967 appointed them as “guardians” of the Temple Mount, we should be exposing their past and current hypocrisy. The period from 1948 to 1967 when Jews were forbidden to visit the Kotel, the Mount of Olives cemetery was desecrated and Jews ethnically cleansed from Jerusalem, has become a taboo subject. Diaspora spokespersons avoid the topic and our own leaders desperate to prop up the Hashemite monarchy remain mute. That’s exactly how fables and myths become dangerous weapons to be used against us.

I have exposed just seven libels which circulate every day. There are very many more to be confronted.

Here is a typical one courtesy of MEMRI:

Do you hear howls of outrage from any quarter, whether it is by faith groups which profess to love us, democracies which allegedly sympathise with us or human rights outfits which only support selective victims as long as they are not Jews?

Our Israeli spokespersons, advocates, support groups and Jewish communities worldwide need to urgently step up and effectively counter the tsunami of hate and disinformation now swamping us.

Failure to do so will endanger us all and embolden those dedicated to our demise. Recent history bears tragic witness to how this can end.