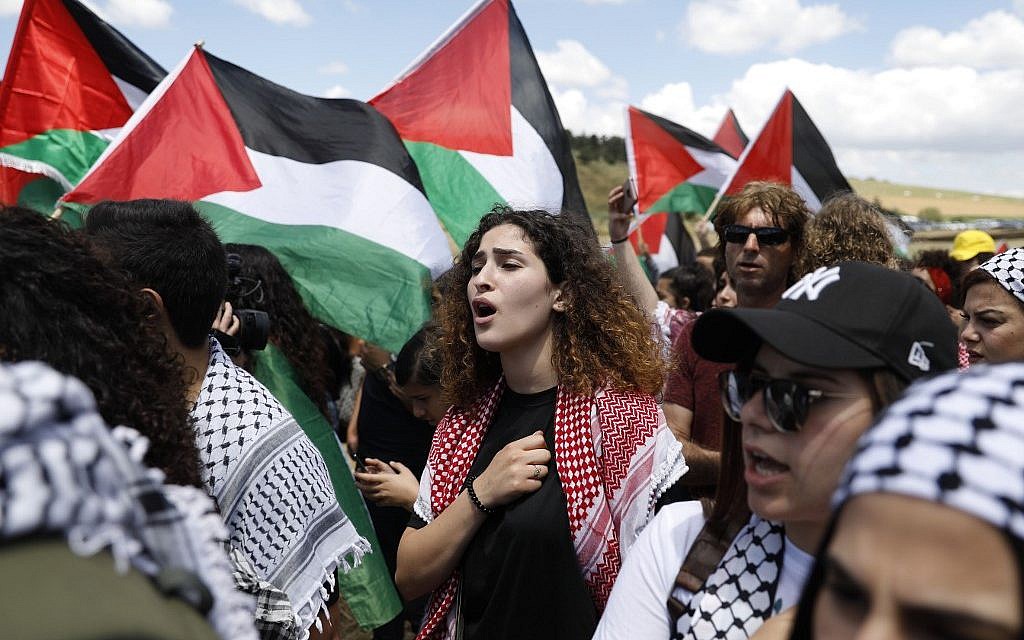 Operation Guardian of the Walls

According to the Israel Ministry of Foreign Affairs, during the 11 days of Operation Guardian of the Walls, more than 4,360 rockets were intentionally launched at densely populated Israeli cities, towns, and villages, as well as Tel Aviv and Jerusalem, to cause maximum death and destruction. Of these missiles, 3,573 fell inside Israel, with the remainder plummeting inside the Gaza Strip or into the sea. Ninety percent of the missiles reaching Israeli territory were intercepted by the Iron Dome.

Throughout the conflict, Hamas masterfully manipulated the media into portraying themselves as the underdog, and the victim of Israeli aggression. This did not occur by accident.

How Hamas and the PA Have Continuing Use Propaganda Against Israel

According to historian Joel Fishman, continuous failure to destroy Israel by force convinced the Arabs to adopt the Marxist-Leninist “people’s war” strategy used with such success in China and Vietnam. Fishman said that according to Stefan Possony, an American military strategist, a people’s war is a “clash of societies,” which includes both political and military elements, having violent and nonviolent manifestations.

The means and methods of a “people’s war” are probably the finest available for asymmetrical warfare, which enable an insurrectionary movement to fight against a militarily superior adversary. “Since the late 1960s,” he said, “the political campaign has sought to divide Israeli society and delegitimize the country through incitement in Arab textbooks and media describing them as Satan, sons of apes and pigs, a cancer and demonize her at the UN by branding Israel a racist and pariah state.”

Part of this strategy Fishman notes is that after the Six-Day War, the following principles were imparted to Palestinian Arab propagandists by Muhammad Yazid, who had been minister of information in two Algerian wartime governments (1958-1962):

“Wipe out the argument that Israel is a small state whose existence is threatened by the Arab states, or the reduction of the Palestinian problem to a question of refugees; instead, present the Palestinian struggle as a struggle for liberation like the others.

“Wipe out the impression … that in the struggle between the Palestinians and the Zionists, the Zionist is the underdog. Now it is the Arab who is oppressed and victimized in his existence because he is not only facing the Zionists but also world imperialism.”

Another part of this strategy was to sign the Oslo Accords to secure land from which to launch a guerilla war to destroy the Jewish state and replace it with an Arab one. The late Faisal Husseini, Palestinian Authority minister for Jerusalem Affairs, called this ruse a “Trojan Horse.” Husseini urged the Arabs “to look at the Oslo Agreement and at other agreements as ‘temporary procedures, or phased goals’: This means we are ambushing the Israelis and cheating them. Our ultimate goal is [still] the liberation of all historical Palestine from the [Jordan] River to the [Mediterranean] Sea, even if this means that the conflict will last for another thousand years or for many generations.” The negotiations were a means toward “an extension of continuing conflict and not an opportunity for two peoples to reach a new rapprochement.”

Agreeing to temporary concessions to achieve their primary goal was suggested to Yasser Arafat and Abu Iyad, his top lieutenant, at a meeting with the North Vietnamese in early 1970. In his book “My Home, My Land: A Narrative of The Palestinian Struggle” Iyad avowed: “Our ultimate strategic objective was to set up a unitary democratic state on all Palestine, but we hadn’t provided for any intermediary stage, or any provisional compromise.” Members of the Vietnamese Politburo explained to Arafat and Iyad how in their struggle for independence they had made difficult compromises, including dividing the country into two separate independent states, while waiting for a more positive shift in the balance of power.

Fatah (the largest Palestinian political party) accepted this strategy, which Iyad later justified by pointing out that David Ben-Gurion and other Zionist leaders had accepted partition in 1947, although they claimed all of Palestine. The same applied for North and South Korea. Even Lenin had forfeited a large section of Soviet territory in the Brest-Litovsk treaty, to ensure the survival of the Bolshevik government. Weren’t the Arabs entitled to the same “margin of flexibility and maneuver” the Zionists had afforded themselves, Iyad asked, especially since Israel would “remain invincible in the foreseeable future?” There is a difference, he noted, between surrender and compromise.

Fishman points out that if the Arabs were prepared to accept an interim solution such a two-state solution or a series of solutions, without acknowledging that this was only an interim phase, this would defuse criticism of the PLO in the West while playing for time to achieve their objective. Iyad observed that their Vietnamese comrades do not “hesitate to sacrifice the details so as to preserve the essential.”

Regarding Hamas, what compelling incentive does Hamas have to cease firing missiles indiscriminately into Israeli cities, repudiating the Jewish religious, legal and moral right for Israel to exist as a Jewish state, dehumanizing Jews, and using children as suicide bombers and human shields, if the West does not hold them accountable?

Instead of insisting Hamas stop their incitement and attacks, the U.S. issues vacuous statements of condemnation, and then grants them aid, which is diverted to rebuild hundreds of kilometers of tunnels that conceal rockets and launchers and shelter Hamas leaders, terrorists, and their families during hostilities. The rest of the Gaza Strip Arab population has no shelters to protect them, since the material needed to build shelters was used for the tunnels.

By design, Hamas does not want shelters for their people. Shelters would
deprive them of being able to display dead Arab civilians to the media, which then portrays Israel as the aggressor and the Arabs as the victims. This technique, introduced by the Soviets, which is called “reversal of culpability,” imposes a false historical analogy on the present. Thus, Goliath becomes David, and David becomes Goliath. The most prevalent use of this practice is the charge of “genocide,” which conveys the fallacious claim that “Israel is doing to the Palestinians what the Nazis did to the Jews.”

Dr. Alex Grobman is senior resident scholar at the John C. Danforth Society and a member of the Council of Scholars for Peace in the Middle East.