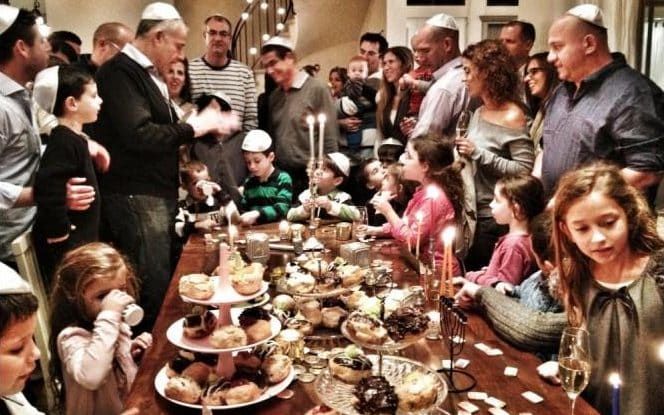 The Fourth of July anniversary this week has turned out to be a somewhat more auspicious time for soul searching among many Jews than has been the case in past years.

This national holiday has always been the perfect occasion for an unabashedly display of patriotic fervour by all sectors of the American population. It was also one of those secular festivals together with Thanksgiving, in which Jews of all religious persuasions and those with no affiliation could rally around the flag, sing the Star-Spangled Banner, join their non-Jewish friends and feel as though they were an embraced citizen of the greatest nation on earth.

In brief, it was always an ideal opportunity to show that Jews were part and parcel of American society and that the days of discrimination, stigmatization and isolation were well and truly a nightmare of the past. Having found paradise in the land where the streets were allegedly paved with gold, (the Goldene Medina), banishing the yoke of European pogroms, ghettos and quotas which were part and parcel of normal life for Jews, succeeding generations managed to dilute their Jewishness in order to blend into non-Jewish society.

Ironically or perhaps more a symptom of wishful thinking neither the refusal of President Roosevelt to admit Jewish refugees fleeing from Nazi genocide nor the popularity of pre-war Jew-haters in the guise of German Bund supporters and isolationist appeasers seems to have fazed most of the American Jewish community. Its establishment leaders with almost few exceptions advocated a low profile and complete absence of any sentiment which might attract a negative reaction.

More than likely as a reaction to this colossal failure of communal moral courage and assertiveness during the Shoah years, the immediate post-war period witnessed a surge in Jewish identification with the struggle to re-establish Jewish sovereignty in the Promised Land. The Jew-haters were still lurking in the political undergrowth but their poisonous utterances were somewhat muted by the horrors revealed as the Allies liberated the concentration camps. General Eisenhower was very farsighted when he insisted that everything should be filmed and recorded because he suspected that in a few years hence there would arise many who would deny the Holocaust and try to write a revisionist historical narrative.

Little did he or anyone else realize that this scenario would arise sooner rather than later and that it would be accompanied by dire consequences. The general feeling which prevailed was that the horrors of the war years guaranteed the banishment of Jew-hate for all eternity and therefore Jews, wherever they lived in the Diaspora, were safe to assimilate to their heart’s content.

In recent times these delusions have been shattered not only in the “promised land” of America but also in just about every country where Jews felt that they were safe and well-integrated. Spreading faster and more virulently than the coronavirus and with consequences far more lethal, Judeophobia is now rampaging and rearing its ugly feelers right around the globe. Moreover, there is no known antidote or vaccine which can either mitigate, prevent or eliminate this longest surviving plague.

What is disturbingly and eerily similar are the reactions to these manifestations of malevolence on the part of those targeted in America & Europe today and the actions of Jews in Germany during the rise of the same hate in the pre-war years.

I have had several occasions over a period of time to talk and discuss with American Jews about the current situation. Their reactions have spanned the entire spectrum from political correctness, denial, minimizing the situation to a recognition that based on the present trajectory the golden age of American Jewry has well and truly passed. A common response is that the Israel and Jew-haters, whether in Congress and the Senate or in the media and the population at large only represents a minuscule minority of the population. From a numerical point of view, that is correct but then when one remembers that the Nazis and Fascists of the 1930s also started off as minority parties, one has to listen to the warning bells.

Today, in America and elsewhere, it is not only the fanatics on the extreme right who are fomenting hate. They have been joined by a growing army of leftist lemmings encompassing motley Millenials, starry-eyed Marxists, self-styled progressives as well as historical revisionists, all united by opposition to the very existence of Israel. Throw in some self-loathing Jews and you have a perfect recipe for a poisonous concoction.

Last Shabbat I spoke with an American domiciled man whose son had just made Aliyah. He admitted to me that life for identifying Jews was becoming untenable and that just like in Europe physical violence and acts of hate were increasing on a daily basis. For the first time in his life, he was now contemplating shifting to the real Promised Land. Increasing numbers of committed American Jews, as well as those facing similar or worse manifestations of hostility in Europe, UK, South America, Canada and elsewhere, are finally starting to wake up to reality.

Unfortunately, however, there are still far too many who would rather ignore the writing on the wall. Those who are not Zionists believe that if they distance themselves from the very notion of a Jewish sovereign state they will be safe. Those who have assimilated believe that they will be protected. There are some who think that living in exile and praying three times a day for a return to Zion is preferable to actually returning. They would prefer to wait for the advent of the Messianic Age. Others prefer to cling to material riches and an easy lifestyle as opposed to the undoubtedly challenging struggle in settling Eretz Yisrael.

Whatever the excuse, valid as it may be for each individual and family circumstance, there is one important thing to bear in mind.

Our fellow Jews including no doubt many of our own family members used to proudly and patriotically sing Deutschland uber Alles, La Marseillaise and other anthems in various European countries. We all know how much that helped them in the end.

Those who today still believe that putting their hands over their hearts, singing the Star-Spangled Banner, Rule Britannia, God Defend New Zealand or Advance Australia Fair while ignoring the increasing tsunami of delegitimization and believing that “it can’t happen here”, are sadly mistaken. By all means, show loyalty as a good citizen and as we are commanded to do but also remember that for too many times we have been reminded that we are barely tolerated guests rather than fully accepted members of the human race.

We must learn from our own experiences before it is too late.