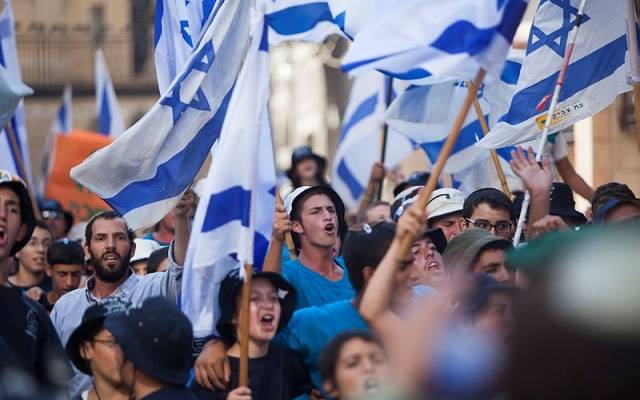 Kicking the can down the road is a popular ploy of politicians.

Inevitably the unsolved problems will sooner rather than later rear their ugly heads and confront decision-makers with greater and direr consequences. Most times those doing the kicking are not around to face the results of their refusal to take action in the first place. Someone else is usually landed with the task of sorting out a mess that could have been avoided in the first place.

Whether it is political expediency or a refusal to grasp a thorny nettle the ultimate end result is normally magnified in its complexity and much more difficult to untangle. Time after time we are faced with the dilemma of making difficult decisions whether in our personal lives or in the collective life of a nation.

The long-running saga of inter-communal stress which could have been resolved a long time ago if common sense and firm resolve had been the order of the day is a classic example.

There has always been a certain historical level of suspicion and opposition among many Haredi sects to the notion of Jewish sovereignty being re-established in the Promised Land. Ironically, pre the last world war, many followers in Europe were actively dissuaded from escaping to America and Mandated Palestine as these places were perceived to be hotbeds of sinful secular temptations not to be compared with the “paradise” of the shtetls of Europe. Well, we all know how that ended up. Those who did make their way here established not only centres of learning but also religious kibbutzim and communities and more often than not helped to defend the land against the Arab terrorists who tried to abort Jewish independence.

After the Shoah and with the rebirth of the new Jewish State the decimated Haredi communities received special considerations as far as army service obligations were concerned. Although they never considered themselves as Zionists they nevertheless participated in the political and social life of the new country and benefited from the economic grants given. Fast forward to today and we face a completely different set of realities. Instead of a powerless minority, the collective Hassidic and Haredi groups represent a very sizeable number of followers. Their political and religious leadership are wedded to the past which guarantees that too many of the young generation lack the basic skills to acquire knowledge of English, mathematics and science to enable them to acquire a profession and break out of the endless cycle of poverty and dependency. Living off the largesse of long-suffering Israeli taxpayers and a diminishing number of Diaspora benefactors this has now become an unsustainable exercise.

Inaction by every past Israeli governing coalition in the face of political expediency and extortion has resulted in what was once a temporary measure becoming a sacred untouchable. Now that the new Government is trying albeit in a relatively tentative way to correct not only educational gaps but also social and national responsibilities inevitable uproar is erupting. An increasing number of younger Haredi men and women are desperate to enter the workforce, acquire the skills necessary to do so and thus interact more with general society. A number already are doing so and thereby are promoting goodwill and respect without in any way compromising their religious beliefs or way of life.

It is the fear of losing control and leverage that impels the rejectionists and their leadership to fight against each and every measure to give their adherents freedom to think and act for themselves. Political inaction has also resulted in the ossification of religious institutions such as the Chief Rabbinate and out of touch decisions on divorce, conversion and associated challenges facing the Jewish world today.

A prominent Haredi spiritual leader recently declared that he is opposed to Jews living in “west bank” settlements because (in his words) “we shouldn’t provoke the Arabs.”  Now while he is perfectly entitled to his opinion one has to question the motive behind his statement. The old galut tactic of not “upsetting” those who delight in murdering Jews never worked and to try and apply this excuse today in places which are part of the historical homeland is merely a throwback to a time when Jews were powerless. It’s precisely this sort of submissive Jew that our opponents love.

The Haredi Sephardic Chief Rabbi, who is a State appointed official, issued a call to young men to study in yeshivot where they do NOT teach the basic curriculum of English, Maths & Science. In other words, he is giving his blessing to ignore the very skills which will enable them to improve their economic standards and become productive members of society. He proudly disclosed that he himself had never graduated from high school with any secular achievement. Is this the sort of example we should be proud of and which the top religious authority of the country should represent?

The same individual urged Haredi Jews living in the Diaspora not to move to Israel if it meant they would be living in non-Haredi areas with secular Israelis who would have a negative impact on their spiritual life. What a disgraceful, narrow-minded and insular outlook. Contrast this with Chabad emissaries, Rabbis and Rebbetzins and their families, who live and work in far-flung corners of the globe in Jewish communities where most Jews are secular or unaffiliated. Chabad makes no distinctions and reaches out to each and every Jew with love and a desire to draw them closer to tradition.

The Haredi political parties are adamantly opposed to a commission of inquiry on the Meron disaster. What have they got to hide? Is their opposition just another example of avoiding responsibility for the flouting of rules and regulations? When you have the leader of one Haredi party who served time for financial irregularities and then was recycled back as a Cabinet Minister and the leader of another faction as Health Minister who tried to “help” a pedophile avoid justice, one has to query exactly how far and how much such corruption can be tolerated.

We all know why this sort of political and religious corruption has been tolerated for so long. It’s time to stop kicking the can and finally start acting in the best interests of the country. Appoint qualified individuals who live in the real world and can relate with empathy to all strata of society.

Above all, make the religious establishment relevant and compatible with the needs of today’s challenges while at the same time retaining those features which have ensured our survival over the millennia.