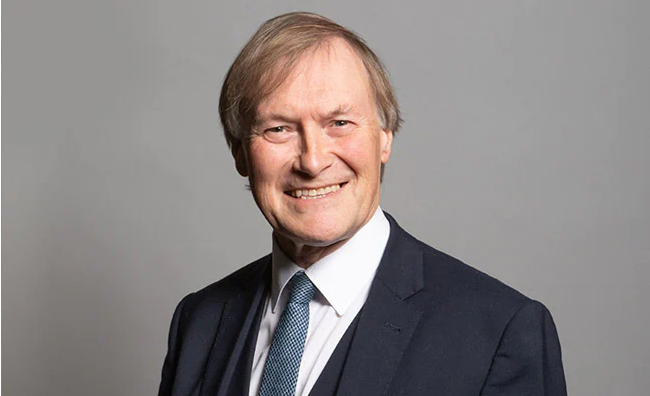 From frequent travels to the British Parliament over the past decade, it has become clear that those who now speak up for Israel in the UK may take their lives in their hands.

Having met MP Amess, recently murdered by a Moslem in the UK and having witnessed the values that he stood for, it would seem that such a threat did not deter MP Amess from speaking up for Zionism and Israel

David Amess stemmed from the same British Christian tradition which fostered the Balfour Declaration, November 2, 1917, the documents which legislated that Jews deserve a protected homeland.

One might characterize David Amess as a “Catholic Kiddush Hashem”.

The time has come for people around the world to express their condolences with the family of MP David Amess, with a kind word to his next of kin: Lady Julia Amess, his widow, and to his children: Katie, Sarah, David (Jr) and Alexandra

Condolence Letters that will be personally delivered to the Amess family can be sent to:

A open zoom Tribute to the legacy of Lord Balfour and MP David Amess will be conducted on Nov 2, 2021 at 06:00 PM Jerusalem time 4 pm in London, 11 AM in New York time

A short film which depicts the trials and tribulation of the Balfour Declaration , entitled THE BROKEN PROMISE, will be screened.