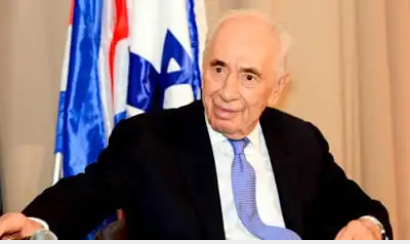 This essay is dedicated to the 1,409 men, women and children who were murdered as a result of the Oslo process, which involved unilateral concessions to an unrepentant terrorist organization, a policy conceived by Israeli politician Shimon Peres, who died in 2016 at the age of 93.

Instead of falling into disgrace, Peres’s memory now basks in the glory of the new film “Never Stop Dreaming: The Life and Legacy of Shimon Peres,” slated for distribution by Netflix to 190 nations.

The Peres movie launch coincided with renovations to the Jerusalem Convention Centre, to be renamed for Peres next August on the 100th anniversary of his birth. A “Peres Convention Centre” will undoubtedly screen the new Peres movie with a transparent purpose: to promote the agenda of Shimon Peres.

Full disclosure: I knew Peres and worked for him as a foreign press aide during the 1992 Israeli election. I was later involved in news coverage of Peres for the Makor Rishon newspaper and periodicals abroad.

Viewers of the new film, especially those who live outside of Israel, cannot perceive the depths of distortion that its research team fell into, wittingly or unwittingly.

The movie begins with the state funeral accorded to Peres, who served as president, prime minister, foreign minister and defence minister of Israel. The movie claims that this was one of the largest funerals in Israel’s history but did not mention that the Peres Centre for Peace chartered buses to the event. Moreover, larger funerals were conducted for two assassinated Israeli officials, Prime Minister Yitzhak Rabin and Tourism Minister Rehavam Ze’evi, which needed no chartered buses.

The movie recounts the key role that Peres played in achieving a peace accord with Yasser Arafat and the Palestinian Liberation Organization, without mentioning the fact that the PLO never ratified the accord, even though Peres dispatched Deputy Foreign Minister Yossi Beilin to thank Arafat for allegedly doing so.

The movie also does not include the role that Peres played in convincing the public that the PLO had changed its covenant in order to remove the clause pledging to destroy Israel, which never happened.

While lauding Peres for receiving the Nobel Peace Prize, the film ignores well-publicized documentation that the Peres Center provided a member of the Nobel committee with a $1.2 million gratuity in order to secure the prize for Peres.

The movie does note that Peres lost his first bid for the Israeli presidency without mentioning the financial scandals that rocked the Peres Center and caused his defeat. Also ignored is the fact that Peres reassumed a cabinet position only after the Knesset Ethics Committee forced him to divest himself of holdings in the leading Palestinian Authority communications firm.

Even though Peres conceived of the ill-fated idea of arming PLO security forces, the movie does not mention that those PLO forces wound up absorbing terrorist groups that have attacked Israel.

This begs the question: Why did the producers of this movie not interview even one relative of those murdered by Arab terrorists as a result of the failed peace process conceived by Peres? Moreover, why did the movie’s producers not challenge the central idea of the Peres peace process: That you can create an incentive for the PLO to abandon terror?

Why did the movie not challenge the misrepresentations that Peres advanced? For example, on Jan. 1, 2000, Peres assured a Jewish media conference that the PLO had adopted an educational curriculum advocating peace. When I told Peres that our news and research agency had examined all P.A. schoolbooks and found that they contained not a word of peace, Peres stepped away from the microphone and said, “I know.”

Israel advocates will have to contend in the years to come with renewed sympathy and support for the policies conceived by Peres and promoted by this movie, which hallows the memory of a man who transformed the image of a lethal terrorist organisation into that of an advocate of peace and reconciliation.

Nonetheless, Peres, Rabin and Arafat got the Nobel Peace Prize. A hard act to follow.

On the wall of my office hangs a composite picture of hundreds of people who were murdered by Palestinian terrorists during the Oslo process. Having covered many of their funerals, I feel an obligation to the families of the victims of the peace process to challenge the honour bestowed on Shimon Peres by this new movie. It leaves uninformed viewers assuming that Peres should be seen as a guardian of peace, not a protector of terror.

But the time has come to document the consequences of the policies Peres advocated and their human cost.