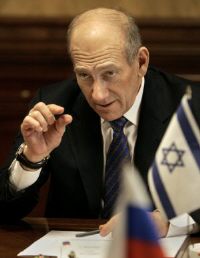 Jerusalem – Israel Defense Minister Amir Peretz reported to an Israeli Knesset committee that there is a new threat to Israeli jets operating in Lebanese airspace.

Peretz said that the commanders of the French forces that deployed in southern Lebanon relayed a warning to Israel that the continued Israeli violations of Lebanese airspace might provoke French anti-aircraft fire at the Israeli planes.

Peretz reported that the French delivered this message at a meeting of the joint IDF-UNIFIL-Lebanese army committee.

“They said that IDF planes fly over them and that there was no certainty that they wouldn’t open fire on them,” revealed Peretz. He said that, even though he anticipates that the disagreement surrounding the Israeli flights in Lebanese airspace was likely to heat up in the near future, this was a critical issue for Israel and the flights would continue, including over the border crossings along the Syrian-Lebanese border, until U.N. Security Council Resolution 1701 was fully implemented, including the release of the kidnapped soldiers.

Peretz noted that Syria had renewed the flow of weapons to Hezbollah and that Israel has begun to collect evidence to prove the Syrian activity on this matter.

“We intend to announce by means of the coordinating committee for Israel, the Lebanese army and UNIFIL, that if the transfer of weapons to

Hezbollah becomes systematic, we will have to take care of it ourselves,” said Defense Minister Peretz.

The mounting international pressure on Israel includes all surveillance flights over Lebanon, including that of unmanned aerial vehicles that are sent to collect intelligence.

Israel, however, rejected a proposal by the United States and another European country that they would provide intelligence from their own spy satellites in exchange for Israel agreeing to terminate its flights in Lebanese airspace.

The U.N. Secretary-General’s Office has criticized Israel a number of times recently for the continued Air Force flights over Lebanon, arguing that this was a violation of U.N. Security Council Resolution 1701, international law and Lebanese sovereignty. The United Nations has cited at least 15 incidents of Israeli aircraft in Lebanese airspace in the last month alone.

United Nations officials warned that the continued Israeli flights would pose a problem for UNIFIL troops, which are in place to enforce U.N. Security Council Resolution 1701, and specifically so for the naval task force that is deployed off the Lebanese coast.

Israel is opposed to ending its flights and has argued that they are not a violation of U.N. Security Council Resolution 1701. Israel asserts that in the absence of effective supervision of the Syrian-Lebanese border, IAF flights to collect intelligence of arms smuggling are necessary. Israel rejected the offer that was made by the United States and a European country whose troops are deployed in Lebanon to accept satellite images instead. Senior Israeli political officials said that, until the embargo was enforced, Israel would continue to fly over Lebanon.